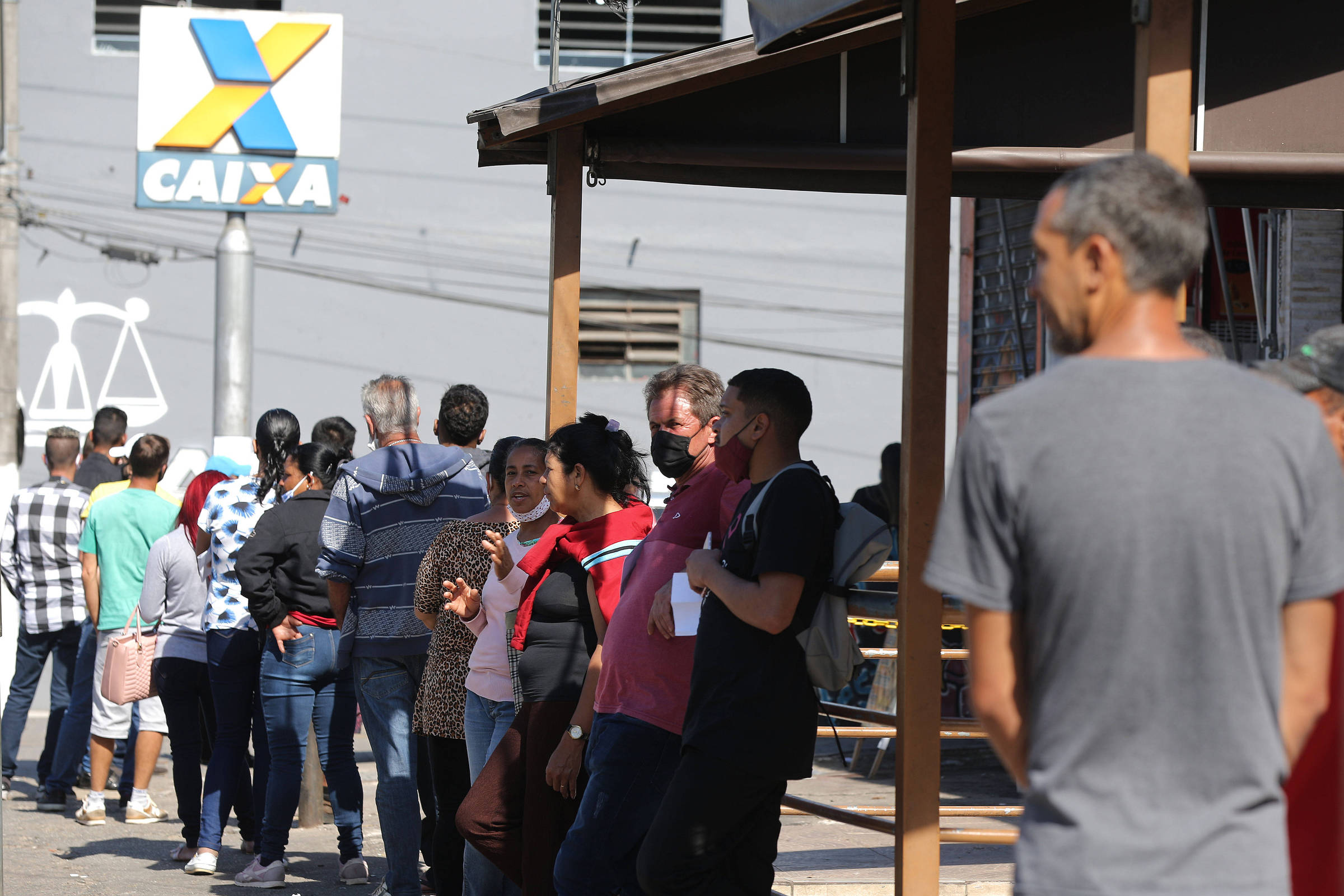 The number of families benefiting from Auxílio Brasil exceeds the number of employees with a formal contract in half of the country’s municipalities.

Survey carried out by Sheet with data from the Ministry of Citizenship and the Special Secretariat for Labor shows that, of 5,426 cities analyzed, 2,728 are in this situation (50.3%). The data refer to the month of June.

The program is one of the Jair Bolsonaro government’s (PL) bets to improve popularity. The president, who is running for reelection this year, is in second place in the polls, behind Luiz Inácio Lula da Silva (PT).

According to experts, despite the country’s unemployment rate having fallen in the first half of 2022, the fall in the average worker’s income and the lack of job opportunities contribute to keeping many families dependent on government aid.

Among the larger municipalities, an example is Nova Iguaçu (RJ), in Baixada Fluminense. The city of 825 thousand inhabitants ended the first half of the year with 83,200 workers formally employed and 114,400 families benefiting from Auxílio Brasil, according to the official balance sheets of the two federal agencies.

Another example is Belford Roxo (RJ), a city of 515,000 inhabitants also in the Baixada Fluminense. The proportion in the municipality was three families served by the income transfer program (67.6 thousand) for each formally employed inhabitant (21.2 thousand).

The phenomenon, however, is much more frequent in small cities, since only 65 large municipalities in the country concentrate half of the formal jobs, while together they are home to a third of the national population.

Among the 326 cities with 100 thousand inhabitants or more, only 48 have fewer CLT workers than beneficiary families (14.7%).

The analysis shows that 94% of the municipalities in the Northeast region have more beneficiaries than employees. In the North, they are 82.3%.

The survey disregarded 144 cities (2.6% of the total) due to the absence or evident inconsistencies in the data registered in the Novo Caged (General Registry of Employed and Unemployed). In general, they are small cities, with a low level of development and all located in the North and Northeast states, that is, with a profile similar to those with more aid than formal posts.

At the same time, the survey reinforces that the situation is more common among cities with lower IDHM (Municipal Human Development Index).

The number of employees is lower than that of beneficiary families in 99.7% of the cities with the index considered low – that is, below 0.55 on the scale, which goes from 0 to 1.

At the other extreme, among the cities with the index considered very high (above 0.8), there is none in which the number of formally employed workers is lower than the number of beneficiary families.

“These numbers are not surprising, as they are directly associated with the economic structure of Brazilian municipalities”, says Débora Freire, a professor at UFMG (Federal University of Minas Gerais).

The economist explains that most small municipalities are highly dependent on the public sector, both in the generation of jobs and in the transfer of resources, either through social programs or transfers from the Union and the states for the composition of their revenues.

For the economist and professor at Insper Sergio Firpo, as these cities have great difficulties in generating employment, they are on the sidelines of economic growth. Without income generation, residents are more dependent on the benefit than in places with a more active economy.

“The poorest municipalities in Brazil are those where there are many people outside the workforce, or in the informal sector, and few people in the formal sector. It is not surprising that the number of beneficiaries is greater than that of formal workers”.

For Freire, income transfer programs such as Bolsa Família and Auxílio Brasil are essential to stimulate the economy of these locations, but insufficient to significantly change the scenario alone.

“These policies have the ability to mainly promote trade and a series of services, which is why they are so important. But until this translates into greater formality and is reflected in the labor market, it is not something quick.”

Daniel Duque, economist and researcher at FGV Ibre (Brazilian Institute of Economics, Fundação Getulio Vargas), recalls that the phenomenon does not only happen in rural areas.

“Although informality is a bigger problem in rural and less dense regions, in the big cities of the metropolitan regions there is a great lack of quality employment within the formality.”

He says that low-income workers look for work in the metropolis, where there are more opportunities, but cannot afford housing in these regions. “These workers will most likely need to access a social program to supplement their income.”

In the aggregate by state, the total of benefits exceeds that of formal jobs in 12 federative units, all of them in the North (Acre, Amazonas, Amapá and Pará) and Northeast (Alagoas, Bahia, Ceará, Maranhão, Paraíba, Pernambuco, Piauí and Sergipe). They are the same states in the comparison published in a report by Sheet Of april.

In five of them, the granting of benefits surpassed the improvement of formal vacancies. Amazonas, Piauí, Pernambuco, Sergipe and Bahia have had more families enrolled in the program since then than new jobs created. In Alagoas, there was a retraction in the number of jobs. In the other six, the total number of families served by the Auxílio grew, but in a smaller proportion than the number of employees.

In eight states, the number of families dependent on Auxílio Brasil fell in June, compared to February.

According to the balance sheet of the Ministry of Citizenship, the aid, in June, had an average ticket of R$ 405.48, considering the accumulated extraordinary benefits.

In August, families start to receive a minimum installment of R$ 600. But the R$ 200 increase —expected to last until December— will arrive late in the pockets of the beneficiaries, due to the increase in inflation.

According to data from the Secretary of Labor, Brazil closed the month of June with 42 million formal jobs occupied, equivalent to 28% of the population of working age (from 15 to 65 years old).

The unemployment rate measured by the IBGE (Brazilian Institute of Geography and Statistics) in the second quarter of this year was 9.3% of the population (the lowest for the period since 2015), equivalent to 10.1 million people.

Informal work, on the other hand, was the reality of 39.3 million workers (the highest number in the historical series of the indicator), equivalent to an informality rate of 40% of employed workers.

Facebook
Twitter
Pinterest
WhatsApp
Previous article
‘He fought to the end’: boy’s death in coma after court battle in England
Next article
Opinion – O Mundo É uma Bola: Why did Zé da Galera, Jô Soares’ character, ask for a winger in the selection?