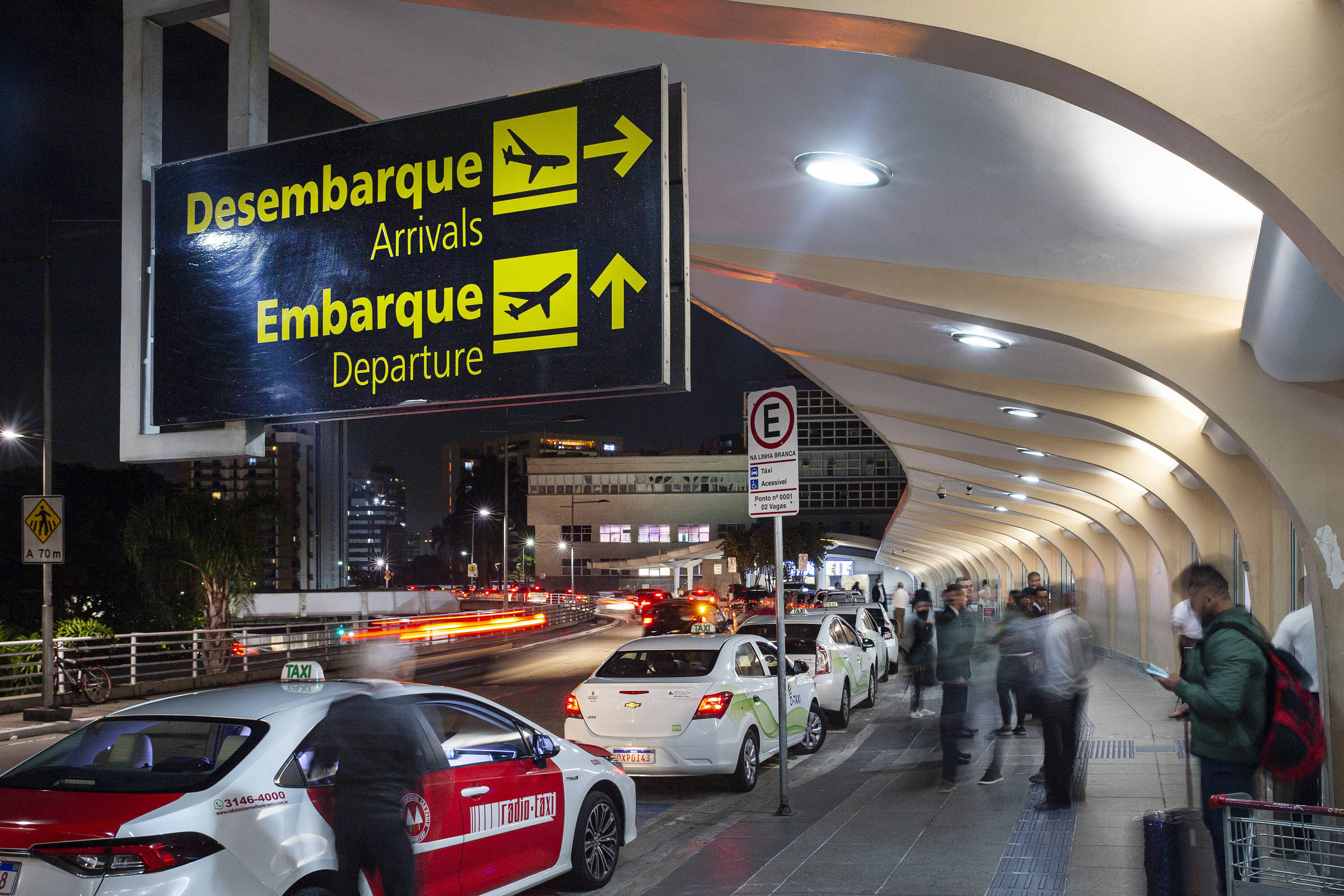 As reported by Aeroin this week, Congonhas Airport in São Paulo and Santos Dumont Airport in Rio de Janeiro will be the first Brazilian airports to definitively implement 100% digital biometric facial boarding for passengers and crew. After implementing the system, passengers will be able to use the world’s first functioning biometric air bridge.

According to Anac (National Civil Aviation Agency), with the analysis of data and validation by biometrics, the technology eliminates the need to present boarding passes and identification documents for travelers on domestic flights departing from these terminals.

The initiative, implemented gradually, aims to make the processing of passengers and crew more efficient, agile and safe, based on the premise of security in the treatment and protection of users’ personal data against misuse or unauthorized use.

The process of definitive implementation of the technology is already underway: it takes place gradually and simultaneously at both airports. When completed, travelers on flights with biometric boarding and opting to use the technology will only need a picture of their faces to check in. and access departure lounges and aircraft. In the case of flight attendants and regular aviation pilots, the solution includes access to restricted areas of the two air terminals.

The implantation of the biometric system in the two airports, and in the fifth aerial bridge in the world in flow of flights, was possible after it was tested during the pilot project of the federal program Embarque +Seguro, under the direction of the Ministry of Infrastructure and Serpro, a company of technology from the federal government, in partnership with the Special Secretariat for Debureaucratization, Management and Digital Government of the Ministry of Economy and with Anac.

From October 2020 to January this year, more than 6,200 passengers participated in the test phase of the program, held at seven airports in the country. Among pilots and flight attendants, almost 200 professionals evaluated biometric boarding in Congonhas and Santos Dumont, from November 2021 to January this year.

Each airline operating in Congonhas and Santos Dumont may adopt its own procedures for the biometric registration and validation of the passenger at the government base, through Serpro. At this beginning, to use the system, the user must have a valid biometric document (digital driver’s license or digital voter registration card); air ticket and access to the airline’s registration and biometric validation channel.

Through the channel, at the time of check-in or after check-in, the passenger will carry out the biometric validation associated with their flight. He must accept the terms of the LGPD (General Data Protection Law) with each new flight. Once this action is performed, digitally, and the registration is validated, the passenger will be able to use the biometric system for the respective flight.

At the airport, facial biometrics will be used in two stages: first, to access the departure lounge; then on access to the aircraft. At the entrance to the departure lounge, totems will perform a biometric reading of the face, consulting the government database and verifying the passenger’s registration and the existence of a valid boarding pass. Once the biometrics are approved, the passenger is authorized to enter the place. The second stage will take place at the boarding gate, when you board the aircraft.

In the test phase of the program, indicators such as reduction in time in queues, in access to the departure lounge and to the aircraft were measured. With biometrics, the average boarding time dropped from 7.5 seconds to 5.4 seconds per passenger. This means that it will be possible to process more shipments in the same time as the current processing, corresponding to a gain of 27%. But travelers will be able to choose between the system and traditional check-in and boarding procedures, which remain available.

For crew members, the use of the new system is also optional. Whoever chooses the biometric procedure must access the Embarque +Seguro Tripulantes application, through a mobile device, in their personal account of the Gov.Br platform, where the professional data is checked, followed by the capture of a selfie and the user’s authorization as a participant in the application. The crew member must also accept the terms of the LPGD, but the consent is valid for one year, and access to each new flight is not required. The biometric procedure, however, does not exempt the professional from undergoing an airport security inspection.

In order for it to be definitively adopted at two of the country’s main airports, Infraero, operator of Santos Dumont and Congonhas, signed technical cooperation with Serpro, developer of the biometric validation system for Embarque +Seguro. The availability of equipment and interface, including biometric reading totems and automatic turnstiles, is in charge of the IT companies Pacer and Digicon, respectively.

The devices are being gradually installed in all check-in areas and boarding gates at Congonhas and Santos Dumont airports: there are 12 gates and ten turnstiles at the São Paulo terminal; and eight gates and five turnstiles in Rio de Janeiro. After carrying out the necessary tests, each piece of equipment becomes immediately operational, releasing the technological solution for use by all airlines that operate in both terminals and that have formalized their adhesion to the initiative with Serpro, by signing a confidentiality agreement. and acceptance of GDPR rules.​

Facebook
Twitter
Pinterest
WhatsApp
Previous article
Opinion – Marcelo Viana: Issey Miyake, the most mathematical of stylists, dies
Next article
Pedro Cardoso claims to have been excluded from a series created by him: ‘Theft’