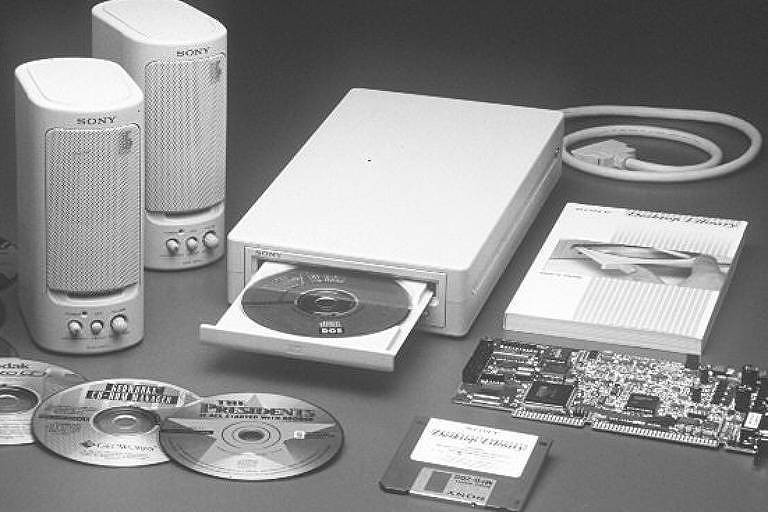 It was 1985. We −future sound engineers− were sitting in the classroom listening, fascinated, to the sounds of Friday Night In San Francisco −the legendary album by the great guitarists Al di Meola, Paco de Lucia and John McLaughlin. The sound was crystal clear, and we had the sensation of hearing every note, every finger that stroked the strings, even the musicians breathing. What we don’t hear: the background noise −like from a tape or cassette− and the scratching and popping of a vinyl record.

For most of us, this was our first sonic encounter with a CD and a revelation to our young sound engineer ears.

From Beethoven to ABBA

The compact disc (CD) already existed; but there was a long discussion about how much music should be recorded on it. Finally, it was agreed that the playing time of a CD should be long enough to contain one of the most famous classical works in the world – Beethoven’s 9th Symphony in Wilhelm Furtwängler’s 74-minute version.

In 1981, the CD was presented at the Berlin Broadcasting Exhibition. The first industrially manufactured discs left the assembly line exactly 40 years ago, on August 17, 1982.

Legend has it that it was the ABBA album The Visitors. or a recording of Alpine Symphony by Richard Strauss, directed by Herbert von Karajan, who had been a huge fan of the CD from the start, describing it as “a miracle”. There are even those who say that Chopin’s waltzes were recorded on the first CDs.

A short time later, Sony and Philips put the first CD players on the market, for around 1,200 euros (R$ 6,300), at current prices – inaccessible to many people at the time. Both companies had worked together on development and were soon able to relax, as the CD business was on a rapid rise.

As the years passed, compact discs and their players became more affordable, stores had to reorganize as music fans began trading their vinyl collections for CDs – just like me: my favorite records had become so noisy that I wanted to enjoy the music without any noise. And without having to turn them over!

I spent horrors on new Pink Floyd and Prince CDs, white album of the Beatles, the most important of my life. I bought jazz and classical music and increasingly pop, rock, soul and funk. Next to my vinyl shelf appeared a CD shelf that grew rapidly, spreading like a weed through the living room. Vinyls and turntables gathered dust and ended up in the basement.

This took on almost absurd proportions when I changed careers and became a journalist specializing in music. I got samples – record companies, many of them based in Cologne at the time, were very generous with promotional CDs. Once a month I went “hunting” in Cologne. When I came home with my backpack full of new releases, there were still two to four packages in front of the door. My CD collection exploded, and I had to organize a room just for them.

What to do with 40 thousand CDs?

My CD collection has grown to over 40,000. And he had to move with me three times. The complaints of my helpers in the changes echo to this day. But there’s a certain charm to walking through a 5-meter-long, 1.80-meter-high shelf and looking for CDs for a party, an event or just a night out with friends.

Less elegant is finding forgotten boxes of hundreds of old promotional singles in basements and garages – what to do with them? Throw them away? Maybe it’s best to donate them, put them on the sidewalk – or turn them into art.

For me, the most creative solution was to cover the ceiling of our newsroom at DW with CDs. My colleague and I used every spare minute to tape the silver pieces to the ceiling.

My work changed again, and I decided to get rid of my collection – largely painlessly. It was not easy. Because even used CDs with pop and rock classics are practically worthless. Before my last house move, someone who could be called a crazy geek ended up taking over the collection. I must have been left with about a thousand CDs.

I still do music at parties every now and then. People look at me in disbelief when they see what I have in my luggage: two DJ CD players, a mixer, two thick folders with recorded CDs and a wooden box with original CDs. Totally old school. Today DJs use notebooks, have their music on a big hard drive and play them using software. It sounds tempting — just like listening to music via Spotify and other platforms like that, which did away with CDs years ago.

Even more compelling than Spotify’s playlists is the vinyl record, which I fell in love with all over again – as have many music fans around the world – after saying goodbye to my CD collection.

So I’m in fashion: after I bought my darling white album of the Beatles on CD in 1991 because the old record was all scratched up, I now have it on my record shelf in a new special vinyl edition. Who would say?