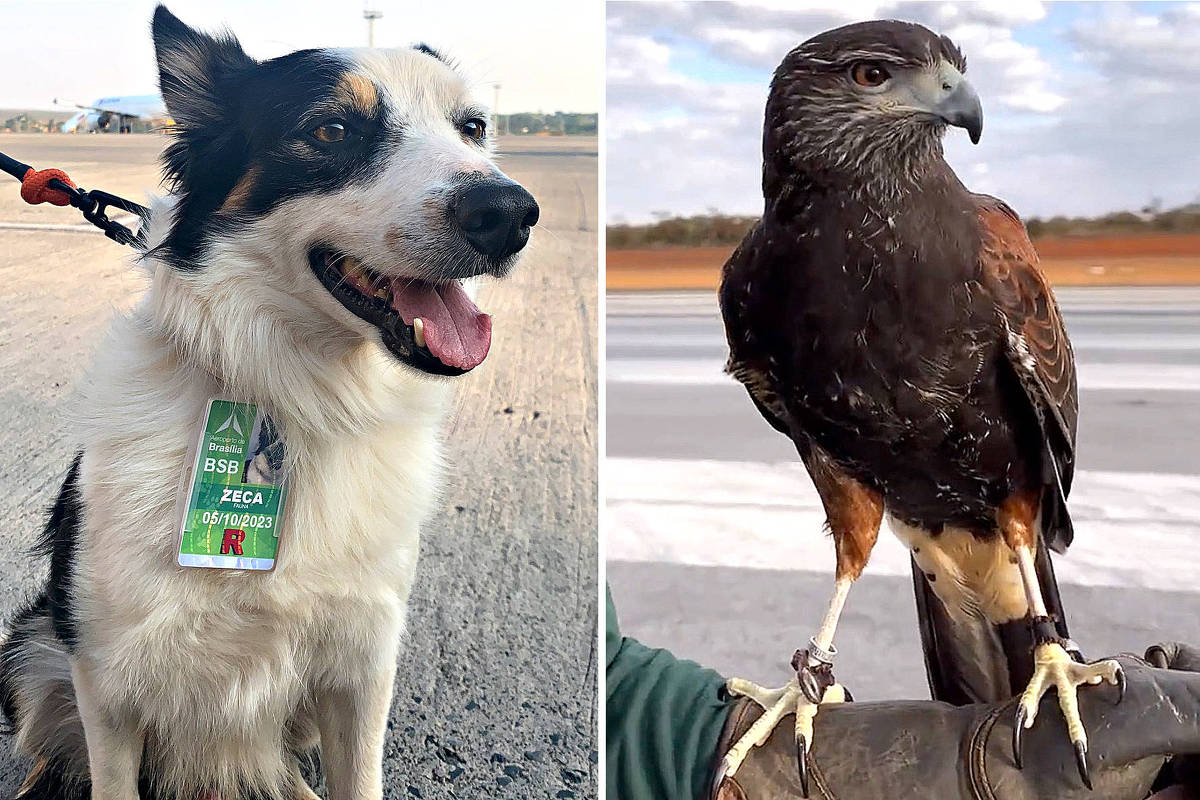 Meet the new pets that will work at Brasília Airport

The animals become part of the Fauna Team of the administrator of the terminal in Brasilia, where they will work on the aircraft apron helping to scare away birds and other invasive animals from areas close to the terminal’s landing and take-off runways.

Fauna risk management is a job carried out by the concessionaire’s Environment team, which works to remove attractions to the airport area and scare away and capture animals that enter the airport site to keep operations safe.

Animals that are eventually captured are released into the wild, in an area far from Brasília Airport.

Since taking over the administration of the Terminal, Inframerica claims to carry out the management of fauna throughout the aerodrome and monitor the ASA (Area of ​​Airport Security).

The use of dogs and hawks in airports to manage fauna in operational areas is not new. The practice is already adopted in other Brazilian airports and also outside the country.

“Zeca is an extremely obedient, polite puppy, of a lineage suitable for the practice of the activity by learning complex commands”, explains Anelize Scavassa, Fauna leader, responsible for the dog.

Zeca underwent tests, scaring away the birds that landed in the operational area at Brasília Airport, where their performance and adaptation to work were closely observed.

“I’m passionate about animals, that’s why I’m a biologist. [gavião] Tupã was trained and exercised for the task. I work so that he is at the ideal weight to just scare the birds away, not capture them. The two will be of great help in our work at the airport”, says the expert.

According to Anelize, the choice of using two predators to scare away the birds is very promising. “Birds, over time, get used to traditional scaring away actions such as a car, horn, sirens, etc. On the other hand, natural predators cause innate fear in birds, which do not get used to the presence of animals and begin to avoid the place. by the apparent risk of predation”, he says.

According to the specialist, Zeca is already a fully trained dog, immediately obeying all commands. “After many tests with the runways closed, we are now able to work with them on the edges of the runways and, only with the commands, we can guarantee that they do not access the movement area”, he says. “They don’t run wild, there is always a trained handler accompanying the animals.”

The behavior of the animals and the entire vegetation of the region are studied year after year by the team to reduce the attractions in the area. Cleaning and handling of terminal waste is also important to prevent animals from approaching sensitive areas.