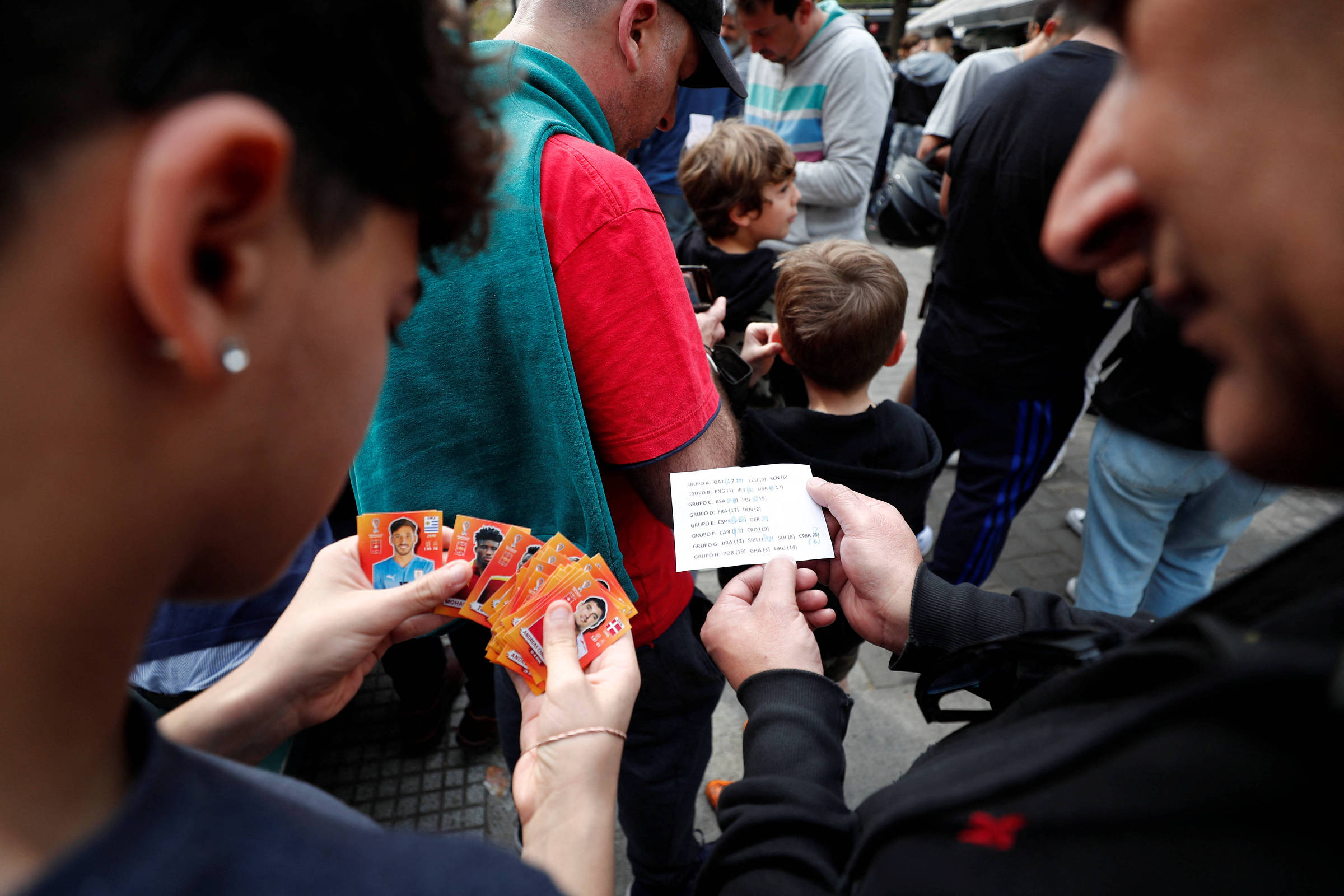 In Argentina, lack of World Cup stickers becomes a matter of state

Argentina is going through a period of serious economic crisis, with annual inflation of more than 70%, a lack of imported products, an increase in poverty and unemployment. Even so, on the afternoon of this Tuesday (20), employees of the Ministry of Economy and the Secretariat of Interior Commerce spent four hours of their day to carry out the mediation between the manufacturer of the World Cup sticker albums, Panini, and the syndicate of kiosks and newsstands in Argentina. These complain that the company has prioritized the distribution of albums and stickers to supermarket chains and online shopping platforms, such as Mercado Libre.

“This is the result of this strategy”, he tells Sheet Horácio Shipane, 42, who owns a kiosk in the Villa Urquiza neighborhood, pointing to a long line of teenagers and several adults waiting for a shipment to arrive.

“My stand has always been a reference in selling stickers. The boys always gathered here in front to trade, to play games, to complete their albums. It was like that with my father, too. It’s the kind of tradition that passes from father to son, and that now with these online stores are destroyed.”

Jonathan, 14, held up a picture of Frenchman Kylian Mbappé and listened to the offers: “change for 20”, “exchange for an almost complete album”, “pay 3,000 pesos”.

The sticker crisis in Argentina began as soon as the album went on sale, on the 24th of August. “In Russia, we had a lot of demand, now it’s too much. I think it’s because it will be Messi’s last Cup,” says Gonzalo Cortizo, 28, who runs a kiosk on Avenida Corrientes. “I was excited when they arrived, I put Argentine flags and several t-shirts, I decorated the store. But later, people started asking for the album and I didn’t have it anymore, or I didn’t have the stickers, it was a disappointment”, he said.

Mariela Aragayan, a 43-year-old teacher, already impatient, promised her son Leonardo to buy the complete album at Mercado Libre, as long as they got out of line. “But what’s so funny?” she asked her son. THE Sheetshe said: “This is a fantasy that parents put in their children’s heads, boy manias. Today the world is different. Imagine if they ask me to go to the newsstand to buy a magazine or a newspaper, the world has changed!”.

“I don’t have a sticker in my house, because we don’t even have the means to pay for electricity,” said Yehiner Acevedo, 22, a Venezuelan who works as an app delivery man and appeared at the kiosk to pick up a package while the boys queued.

Schipane said he receives about ten albums a week and a maximum of 40 packages. “You can’t even start announcing the sale, it ends too fast.” That’s why handwritten ads abound in the capital at the entrance of kiosks or “no figus” stands, and teenagers just out of high school line up in huge lines in the late afternoons.

As with all shortages in Argentina, the black market emerges. There are WhatsApp groups to which you can be invited by salespeople who work near kiosks that sell rare or “to complete the album” stickers for at least five times the official price.

At last Tuesday’s meeting, the Secretary of Interior Commerce, Matías Tombolini, said that he would mobilize “legal and technical teams from the secretariat to collaborate in the search for possible solutions” between Panini and the union.

The vice president of the entity that represents kiosks and newsstands in Argentina (Ukra), Adrián Palacios, said that the “meeting was positive”. “But we will only understand that we have reached an agreement when the distribution to our stores is a priority. Historically, it is in the stands and kiosks that people look for figurines, it has to do with part of the ritual of completing the album. online is not the same. Only we can offer the experience of our parents and grandparents.”

Opposition to the current government, however, has positioned itself as an exaggeration of state involvement. “Inflation is reaching triple digits and the government is worried about the World Cup figures. Where are the meetings with exporters, with agribusiness, with other actors in the economy?” asked opposition deputy Waldo Wolff.

His congressional counterpart Martín Tetaz said, “It’s all a marketing campaign. We’re doing Panini favors instead of looking out for Argentines.”

Facebook
Twitter
Pinterest
WhatsApp
Previous article
US embassy chief defends polls and cooperation on environment in meeting with Lula
Next article
Consumer pays up to R$93 more in installment plans since 2021; see simulations