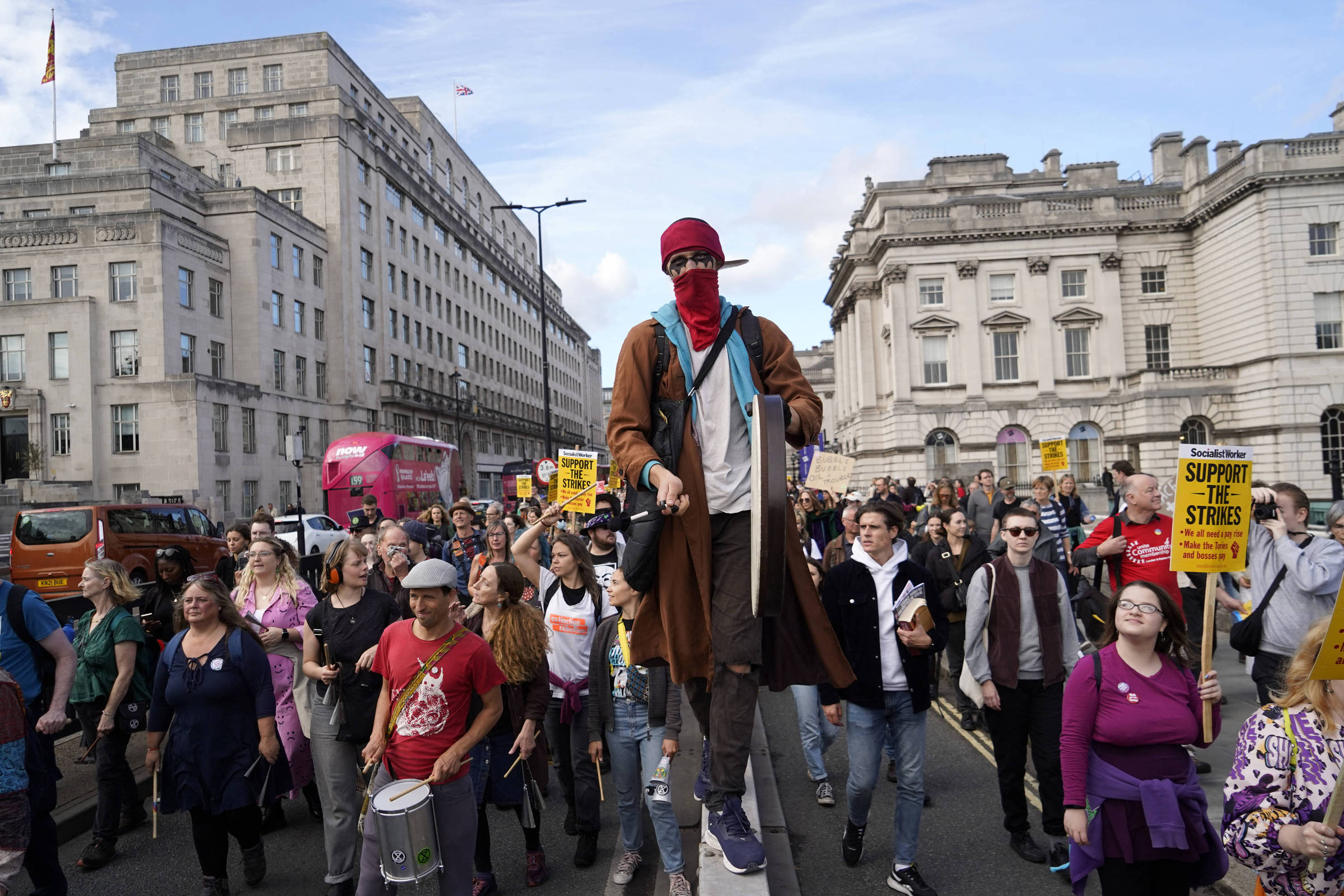 Thousands of Britons take to the streets against record inflation

Thousands of Britons took to the streets on Saturday to protest the cost-of-living crisis as the government mismanages its budget policy after a week of market chaos.

Inflation is at its highest point, the pound sterling is at its lowest point and concerns are mounting as winter approaches.

Liz Truss’ new Conservative government has promised immediate action to address the crisis, but last week’s announcement of massive tax cuts for the richest has sparked further anger and misunderstanding.

“Support the strikes”, “Freeze prices, not people” or “Taxes for the rich” could be read on the banners of protesters in London, who heeded the call of several organizations towards Westminster, in the center of the capital.

People “are fed up,” says Lily Holder, a 29-year-old protester in London.

The winter – which promises to be harsh for many Britons struggling to pay their bills – “will show the true cruelty of our government,” she says.

Most Britons have coldly welcomed the “mini-budget” presented by the government last week.

The announcements also rocked markets and drove the pound sterling to its all-time low, prompting intervention by the International Monetary Fund and the Central Bank.

Facebook
Twitter
Pinterest
WhatsApp
Previous article
Bolsonaro arrives in the election without convincing the international community of polling fraud
Next article
Datafolha: Lula reaches the 1st round with 50% of valid votes; Bolsonaro has 36%