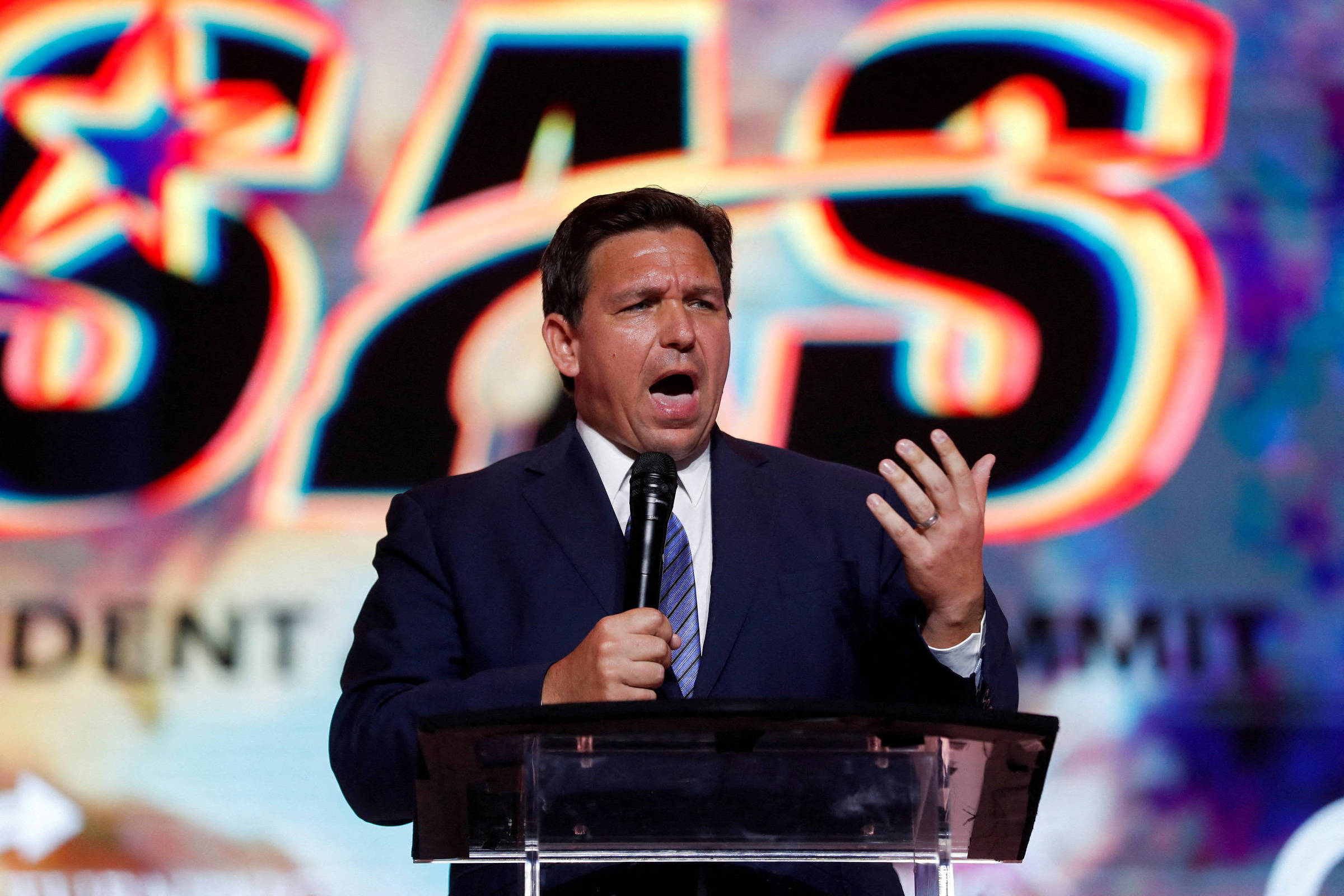 In July of this year, Florida Governor Ron DeSantis went public to denounce what he considers a serious threat to the US economy and the freedom of Americans. During a speech in the city of Tampa, the Republican declared war on ESG, a movement that proposes a reorientation of business based on environmental, social and corporate governance principles.

DeSantis’s crusade targets companies, banks and asset managers that, in his view, use their economic power to impose a “woke” ideology on society. The term, which means awake or awake in Portuguese, refers to defenders of progressive agendas and has gained a negative connotation among American conservatives.

Although the governor has emerged as one of the most vocal figures on this agenda, he is not the only one. Politicians, investors and even prosecutors — often aligned with the Republican party — have begun to frame companies that take sustainable initiatives, such as reducing carbon emissions or improving workforce diversity.

The recent anti-ESG wave has already embarrassed companies and provoked setbacks among advocates of the agenda. DeSantis, for example, announced measures to prohibit Florida pension funds from making investment decisions based on environmental, social or governance criteria, stating that only financial returns should matter.

Standing up to the “woken movement” has appeal in the Republican party, especially among supporters of former President Donald Trump. DeSantis, who also intends to run for president, rose to prominence a few months ago when he confronted Disney after company executives voiced opposition to a law passed in Florida that bans discussing sexual orientation and gender identity in elementary schools.

It is in this context that the anti-ESG movement emerges, emerging as the last frontier of the culture war that fuels political discussion in the US — with echoes in Brazil.

The onslaught against the sustainable wave of business has not been restricted to political moves by candidates. In August, attorneys general in 19 US states began an investigation into financial data provider Morningstar to determine whether it violated a law by rating companies on ESG criteria. A similar lawsuit runs against S&P Global.

The argument is that companies would be letting progressive values ​​get in the way of financial decisions, politicizing issues that should be exclusively business.

The 19 prosecutors also sent a letter to Larry Fink, CEO of BlackRock, accusing the largest asset manager on the planet of putting the climate agenda ahead of client interests, with potential risks to the US economy.

“BlackRock’s public commitments indicate that it has used citizens’ assets to pressure companies to comply with international agreements, such as the Paris Agreement, that force the phasing out of fossil fuels, raise energy prices, drive inflation and weaken security. national of the United States” reads the text.

In his latest annual letter, Larry Fink — who has a leading role on the agenda and more than $10 trillion under management — already seemed to anticipate criticism. In it, he argues that the sustainable turnaround of business has nothing to do with politics.

“It’s not a social or ideological agenda. It’s not ‘woke’. It’s capitalism, driven by mutually beneficial relationships between you and the employees, customers, suppliers and communities your business depends on to thrive,” he wrote.

Anti-climate litigation, however, has already made some large companies rethink their ESG commitments. According to the Financial Times, Wall Street giants such as JPMorgan, Morgan Stanley and Bank of America are considering abandoning the financial alliance for decarbonization (Gfanz) because they fear being sued.

The biggest concern would be the strict phasing out targets for coal, oil and gas set by the group. In many cases, this would require banks to stop funding these sectors, which is seen as a boycott by anti-ESG activists.

Texas, for example, passed a law that excludes financial institutions that are considered “boycotters” of the oil and gas industry from state-owned businesses.

But it is not just the politicization of the sustainable agenda that is at stake. Investors have argued that environmental and social initiatives are effectively bad for business — a view that is diametrically opposed to the ESG premise.

American Vivek Ramaswamy, for example, has stood out as one of Wall Street’s most prominent critics of the ESG wave. At the beginning of 2022, he launched the manager Strive, with the aim of fighting the movement that would be putting sustainability before financial results. So far, the manager has attracted more than $300 million in assets, according to the Financial Times.

Ramaswamy says he intends to reorient the leadership of big companies to maximize profits — an objective he says has been neglected.

Recently, the investor sent an open letter to Apple CEO Tim Cook, asking him to stop observing racial equity when hiring and disregard diversity in the company’s compensation policies. In Ramaswamy’s view, the only criterion should be merit.

In another letter, sent to Disney, he asked the company to stop making political statements, citing the case of Florida’s elementary schools.

Fabio Alperowitch, founding partner of Fama Investimentos, says that ESG was quite “ideologized” in Brazil and the US — in Europe a little less. Theoretically, he argues, human rights and climate change should not be treated as left-wing issues, but when that happens, the right begins to attack this agenda as a way of hitting its opponents.

In his opinion, ESG is experiencing its worst moment in history. In addition to having drawn the attention of “enemies on duty”, the agenda has been weakened due to issues such as the valuation of commodities, the energy crisis in Europe and the rise in oil prices. In this specific context, it is natural that green investments perform worse than pollutants, for example.

Alperowitch confronts those who claim that ESG decreases business profitability. According to him, as the ESG is relatively new, there is not a long enough historical series to make this measurement. “People look to the data to prove the theory they already have, not the other way around.”

The founder of Fama also mentions a study carried out by a Harvard professor that compared 180 companies, divided between sustainable and non-sustainable, for 18 years, and which points to greater advantages for sustainable companies. “Operationally, they were better, gave more returns, had less volatility, were longer-lived companies, took less risks”, he says.

Rodrigo Tavares, founder of Granito Group and columnist for Sheet, says he does not believe that the anti-ESG agenda in vogue in the US can contaminate the rise of the agenda. According to him, the ESG’s shortcomings — such as the scarcity of standards and quality metrics and complex terminology — left the agenda more vulnerable to political attacks.

“I believe, deep down, that this rejection will be the starting point for a new phase of evolution of the ESG market, a kind of ESG 2.0 — with more lucidity, consistency and simplicity”, he says.