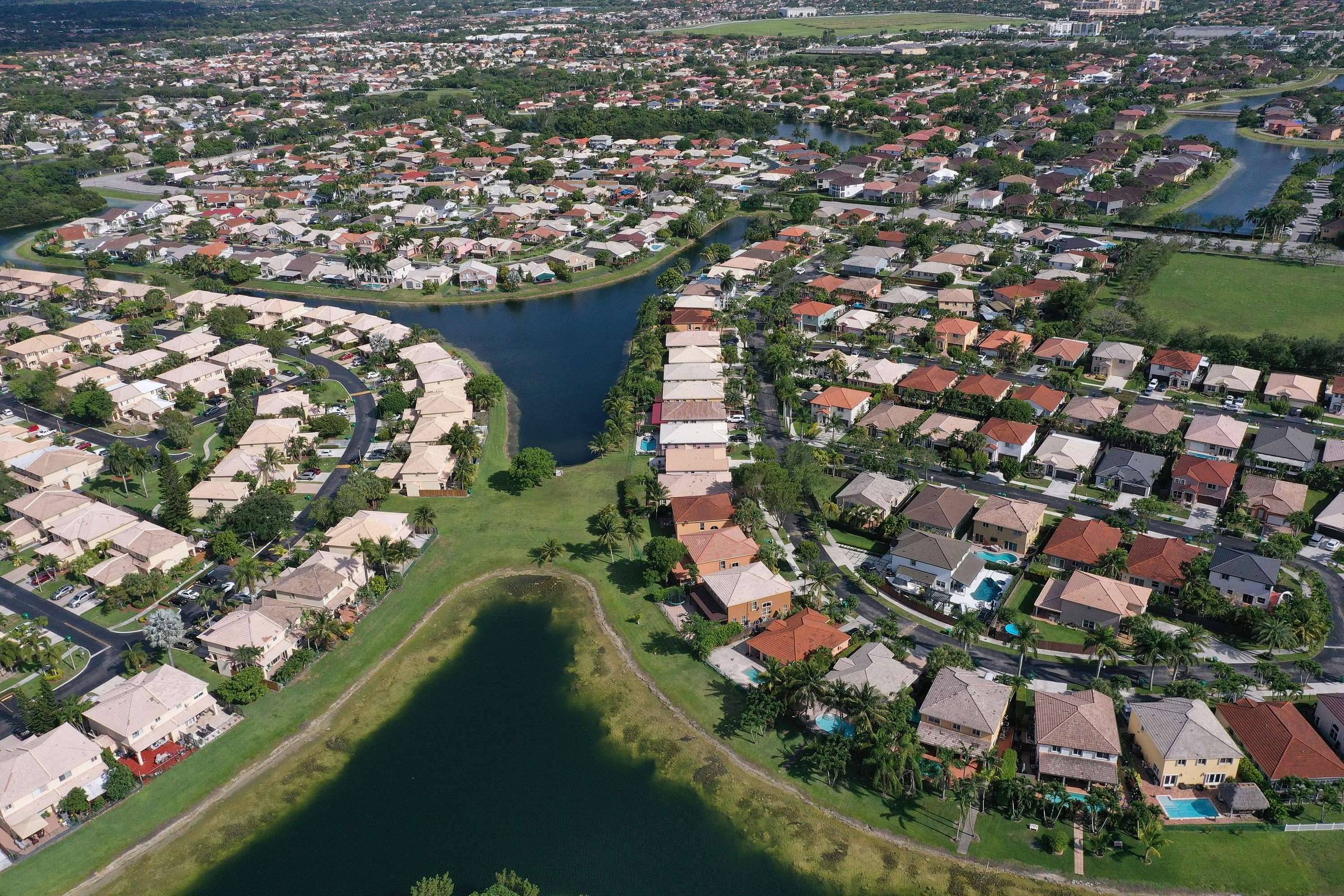 In the 1960s, Walt Disney did a lot of research on where to set up his new amusement park. He wanted a large area, with cheap land, a warm climate, an easy connection to the east coast of the country, and low taxes. The entrepreneur found what he wanted just outside Orlando, Florida, and the opening of Walt Disney World transformed the region for decades to come.

With the coming of the pandemic, thousands of Americans saw the same perks that Disney noticed in the past and moved to the outskirts of Orlando. The region has one of the highest growth rates in the country. Polk County, neighboring the park complex, gained 28,000 residents between 2020 and 2021, and adds 753,000 residents, according to census data. At the same time, metropolises like Chicago and Los Angeles lost residents.

“We built a lot of houses for residents of New York. The price here is much more affordable for them. For the price of a one-bedroom apartment there, they buy four-bedroom houses here, with a big backyard where they can play with the dog”, comments Thiago Athaide, 39, executive director of the Orlando-based company WRA, which deals in real estate in the region.

Athaide says that condominiums are being built further and further away. “Lake Wales is an hour and a half from here and it’s growing a lot. Five years ago I would never have wanted to see a condo there. It only had orange trees.”

Despite the growth, there is still a lot of space. “Only 10% of Polk’s land was used for construction,” says John Bohde, director of planning for Polk County. In a room in the town of Bartow, he shows the Sheet a series of maps and graphs that show that Polk could reach 1.1 million inhabitants by 2045, even if it keeps much of its natural territory preserved.

Bohde assesses that the region grows due to a “perfect storm”. In addition to abundant space, Florida has lower taxes than the country’s average, offers a lower cost of living and attracted Americans who were against restrictions to contain Covid, such as the closing of businesses. Republican Governor Ron DeSantis has been against the measures, including the use of masks, and has kept activities open even in the worst moments of the crisis.

In addition, several companies are moving their headquarters to Florida and bringing their employees in, in search of lower fees. And rising prices in the Miami area have led more people to move to the outskirts of Orlando, where prices are more affordable compared to states like California.

The director points out on the maps that most of the expansion takes place around the Disney parks. This is clear when passing by: the I-4 road, which connects Orlando to Tampa, passing through Polk, is usually congested in the vicinity of attractions not only due to the flow of tourists, but also in accesses to gated communities in the region and due to road works. In progress.

Residents of the area say that it is common to see a worsening in traffic during the Christmas period and during the summer holidays, given the increase in tourists, but that, despite some bottlenecks, it is still possible to travel long distances by car in a short time.

The region is dominated by expressways. Orlando is crossed by several of them, which form a complex of viaducts and elevated roads, where cars can accelerate to almost 100 km/h. And the way out to solve the traffic problems has been to build more lanes and viaducts.

Investments in public transport are rare. Buses take a long time to pass and travel on secondary roads, stopping at many traffic lights. “There’s a plan to build a high-speed train between Orlando and Tampa, with a stop in Polk, but Disney didn’t want to have a station near the parks,” says Bohde. There is no deadline for the idea to get off the ground.

Thus, Florida’s growth reinforces a typical US city model: large residential areas far from leisure, shopping and work options. With that, you have to use the car for almost everything. This generates crowded roads and streets where practically no one walks. The sidewalks of cities like Lakeland, the largest in the Polk region, spend the day deserted.

The curious thing, however, is that despite criticism from environmentalists and urbanists, the model works there, for several reasons. First, there is room to build more roads. Second, there are relatively fewer cars on the road. The state of Florida (170,000 km² in area, slightly smaller than Paraná) has around 23 million registered vehicles, while the city of São Paulo alone has 8.8 million license plates. The third point is that cars are more affordable and can be financed more easily.

His wife, content producer Dunia Apas, 36, says real estate prices are also rising. “Before the pandemic, we rented a two-bedroom apartment for $1,300 [R$ 7 mil]. Today it doesn’t go out for less than US$ 1,700 [R$ 9.100]. The cost of living has gone up, but the salary hasn’t gone up like in the north [dos EUA]”, he comments. “With more people, the schools started to get very full. In some neighborhoods, like where I live, more units had to be opened to serve students.”

On the other hand, with more residents, tax collection also increased, leaving governments in a comfortable position. “We’ve had so much revenue growth from new residents that we’re going to cut the property tax for next year by 3 percent,” says Bohde of Polk County.

The planning director says the risk of a recession in the US in the coming months could contain the pace of growth, but without generating a crisis. “Even in the years after the 2008 crisis, the increase in residents and new homes slowed, but it never stopped completely.”

Athaíde, from WRA, believes that the coming of the recession is a matter of time, which should increase the advantage for those looking for housing. “We are having a change, from a good market for those who sell, with low inventory and a lot of demand, to a good scenario for those who buy, with many products on the market. As a builder, I will have to slow down a little, because there are about three months I was going 100 an hour. I don’t want to have too much house in stock.”

Another obstacle to Florida’s future is that the state is at risk of failing to attract companies for political reasons. This year, Governor DeSantis had a public clash with Disney over the company’s stance against a law dubbed “Don’t Say Gay,” which bars teachers from raising questions about sexuality in schools.

In retaliation, DeSantis decided to withdraw the region’s special status from the parks. One of the agreements that Disney made five decades ago was the creation of the Reedy Creek district, where the parks, some hotels and condominiums are located. Under the agreement, the company acts as a municipality: it is responsible for public services, can collect taxes and obtain loans.

In April, DeSantis signed a bill dissolving the Reedy Creek district, effective June 2023. However, what will happen next remains to be seen. One of the issues is that Reedy Creek has about US$ 1 billion (R$ 5.4 billion) in debt securities, which are circulating in the market. If it is dissolved, it is unknown who would be responsible for paying it, and the bill could end up spilling over to nearby counties. The love story between Disney and Florida may not have a happy ending.