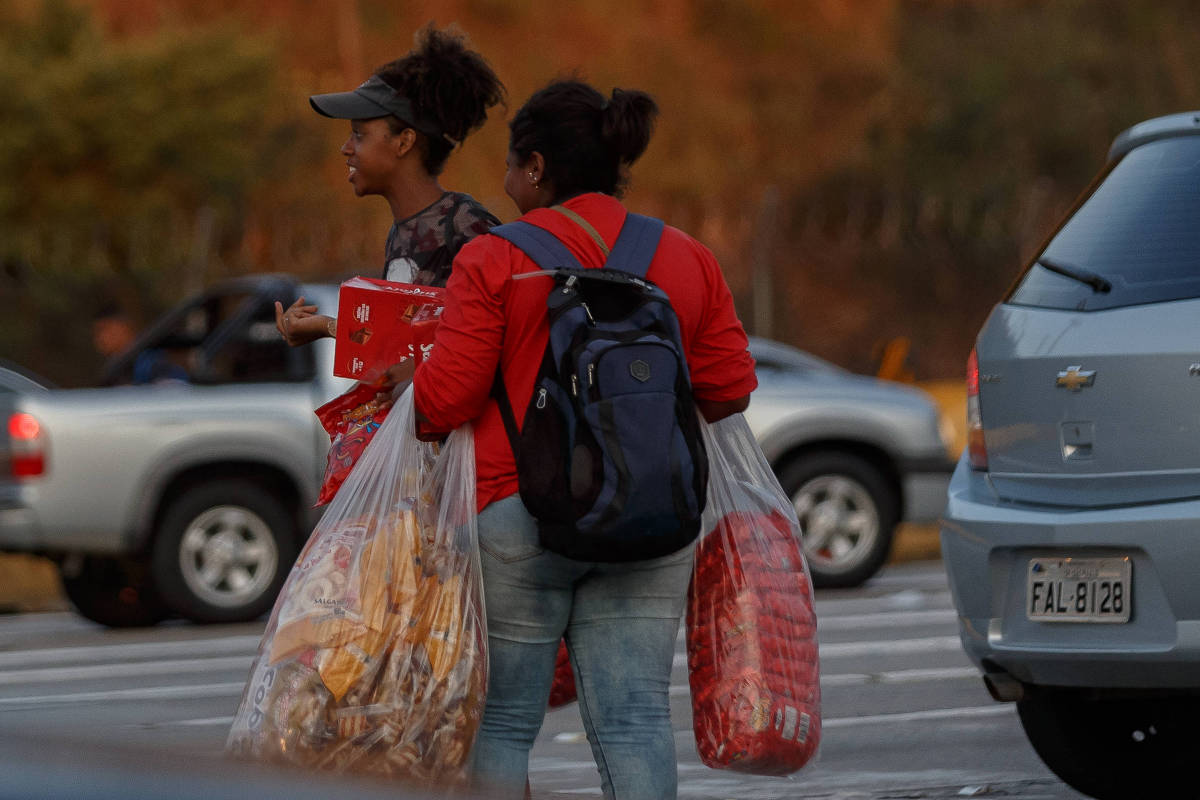 Children of poor families have only a 2.5% chance of reaching the top in Brazil

Social, regional and income inequalities in Brazil contribute to perpetuating a structure of low social mobility in the country, which hinders the rise of the poorest and ensures the permanence of the richest at the top.

Even among those who manage to escape poverty, the improvement in life may be only partial. Only 2.5% of children whose parents are in the most vulnerable strata manage to reach the top of the social and income structure in a single generation. The percentage is much lower than in developed countries, where there is greater mobility.

Being a woman, black or brown also reduces the chances of ascension, as well as living in the North and Northeast regions, according to the results found by the researchers.

“A part of Brazil supports the discourse that if you try hard in life, you will do well. The study puts a question mark on that”, says economist Breno Sampaio, one of the authors. “We are a very unequal society in terms of opportunity. Effort does not mean success.”

The research was developed by Diogo Britto, Alexandre Fonseca, Paolo Pinotti, Breno Sampaio and Lucas Warwar through the Gappe (Public and Economic Policy Assessment Group) of the UFPE (Federal University of Pernambuco), in partnership with the economic analysis unit of crime at the University of Bocconi in Italy.

The study used data from several sources, such as the Demographic Census, Rais (Annual List of Social Information), Pnad (National Household Sample Survey) and the Single Registry of social programs.

For the first time in Brazil, the researchers also had access to administrative records from the Federal Revenue Service on the population’s income. The information was used under the supervision of the Tax Authorities, to ensure the maintenance of tax secrecy.

The innovation guaranteed a large and robust data sample: 1.3 million people born between 1988 and 1990, as well as their respective parents – the connections were established thanks to the crossing of the databases. From there, the technicians observed the income of each one of them to analyze the mobility between one generation and another.

By this methodology, the study represents a picture of the social conditions and income of these children when they reach the ages between 25 and 31 years. It is not a projection for today’s children, although it gives clues to the problems to be addressed through public policies. Monitoring the evolution of indicators is in the plans for further studies.

The survey analyzes two concepts of social mobility, relative and absolute. Relative mobility compares the situation of children born at different points in the income distribution and serves to measure the so-called permanence effect—that is, whether the rich remain rich while the poor remain poor.

One of the results shows that, if the income distribution in Brazil were measured on a ladder with 100 steps, a family starting at position 25 would take seven generations to reach the same level as a family that was at step 75.

The study also brings up the odds of staying rich or poor, or changing your social position. Children of parents in the poorest 20% have a 46.1% chance of staying in that group, but only a 2.5% chance of rising to the top. The data is even worse when distinguished by race: black or brown children have 52.8% of remaining in poverty, a percentage that drops to 33.7% for whites.

Children of parents who are among the richest 20% have a 48.5% chance of remaining at the top and only a 4% chance of falling to the bottom of the pyramid. Being white increases the probability of maintaining wealth to 54.1%, while being black or brown increases the chance of migrating into poverty to 5.7%.

The findings indicate that the children’s income level has a high dependence relationship with the parents’ income level. In a less unequal and more mobile society, this connection would be less, while the effort, merit and qualification of the individual would have more weight in the equation.

“There is a lottery at birth. Children who were lucky enough to be born into families with wealthier parents are, on average, doing much better than those born to poorer parents. That’s a bad sign to think about meritocracy.” “, says researcher Diogo Britto.

The results also allow for an international comparison. While in Brazil the chance of rising from the bottom to the top is 2.5%, this percentage is much higher in the United States (7.5%), Italy (11.2%) and Sweden (15.7% ).

“The space for meritocracy in Brazil is substantially smaller than in Europe or the United States. There are several other factors that lead children to be successful in the future”, says researcher Alexandre Fonseca. There is still no comparison with other emerging countries, because the Brazilian study is the first of its kind for a developing country.

The researchers also measure absolute mobility, which analyzes parents in the same income position and seeks to identify how far their children can reach in the distribution. This clipping is useful for comparing people of different races, genders, or regions.

There are other consequences. Female daughters from poor families have up to a 13% chance of having a teenage pregnancy, but only a 7.2% chance of finishing college. Occupations that guarantee a higher income, such as a doctor or lawyer, are a reality for only 0.02% of girls coming from vulnerable homes.

The evolution in the different regions is also diverse. In the South, Southeast and Midwest, children tend to climb steps in relation to their parents, while in the Northeast and North there may be a worsening of the position in the income distribution.

The detailing of the data allowed researchers to identify this scale at very specific geographic levels, such as municipalities or even districts within cities, which can help in the elaboration of focused policies.

They were also able to measure the effect of migration, when a family moves to another city or even region when the children are still young. “Children who move to better places really do well, and our result works both ways. When, for some reason, children move from a better place to a worse place, they also perform worse,” explains the researcher Lucas Warwar.

The study is still not enough to establish, with methodological rigor, the causes of low social mobility in Brazil, but the initial results provide some clues.

The role of education, according to the researchers, seems to be central in determining children’s future income, and the quality of education tends to explain regional differences. One of the indications is the finding that the younger the children are at the time of migration, the greater the impact of the change on their future income.

The researchers believe that this is related to the quality of basic education in each location. Considering a couple with children aged 11 and 17, for example, the youngest will attend school in the new city, while the oldest will probably have finished high school.

The result can be read in two ways: migrations can help transform children’s income, and the poorest regions should receive more attention in investments in education.

Other data on inequality in Brazil already suggested a society with low social mobility, but the study’s authors believe that quantifying the differences can help to draw a more accurate diagnosis of the problems and define policies to face them.

“If a person is born in the favela and knows that he will be poor or miserable his whole life, he can choose other paths. People can go to criminality. There are people with high potential who are being wasted”, says Fonseca.

Facebook
Twitter
Pinterest
WhatsApp
Previous article
Lukashenko to Zelensky warning: Crimea bridge will be like a walk in the park if you touch our territory
Next article
You only leave the Wagner group dead, says its founder Yevgeny Prigozhin