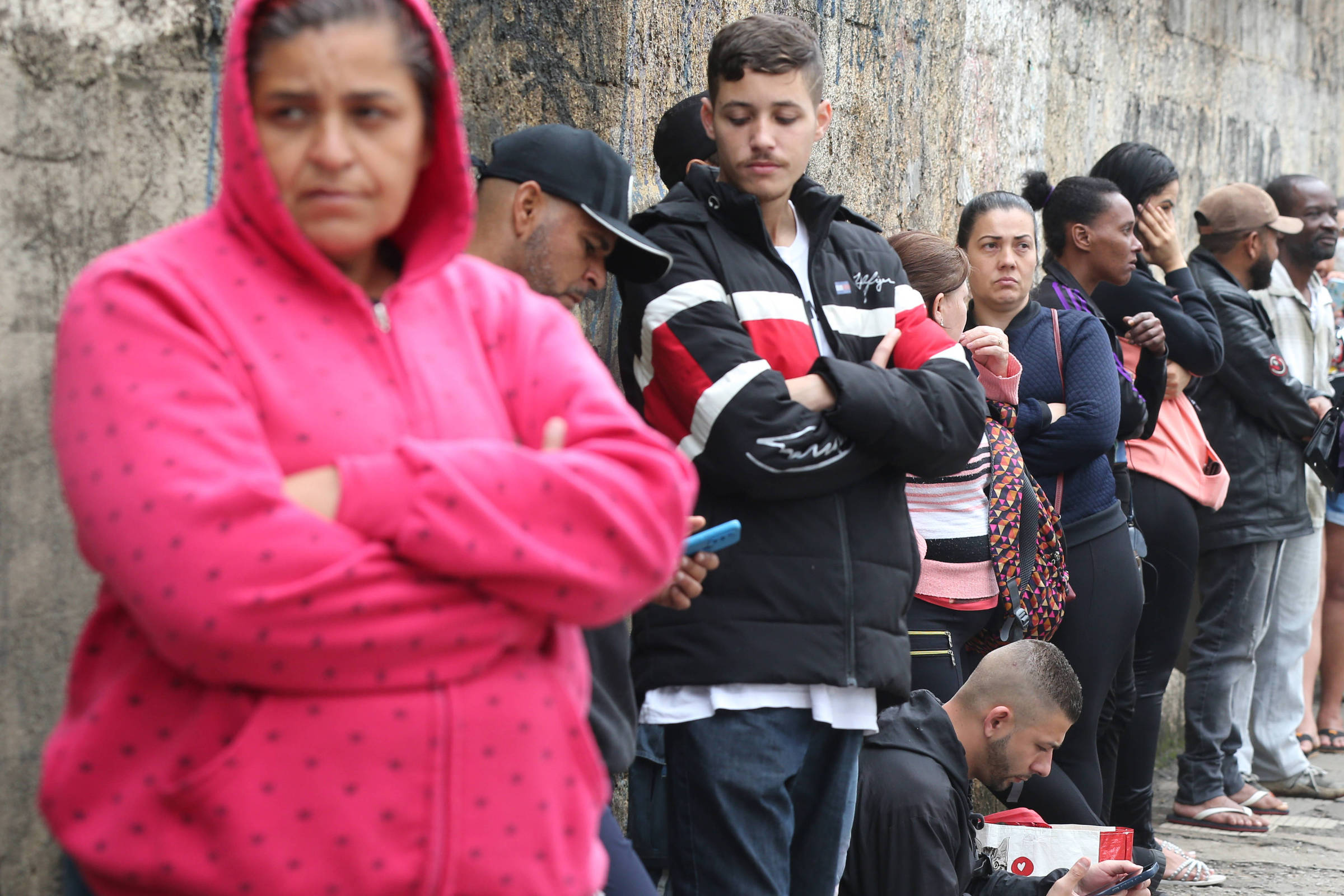 In the first hours of operation of the Auxílio Brasil payroll loan, Caixa Econômica Federal has already made available around R$ 75 million in loans. Until the afternoon of this Tuesday (11), approximately 30 thousand contracts were signed, with an average value of R$ 2,500.

The numbers will be updated by the bank until the end of the day.

For all loans taken out until October 31, the first discount will be made from the November aid payroll. According to the bank, the net value of the installments will be available for consultation in the Auxílio Brasil and Caixa Tem apps from November 8th.

as showed the Sheetthe interest rate offered by Caixa is 3.45% per month — a little below the ceiling of 3.5% per month set by the Ministry of Citizenship.

The rate for beneficiaries of Auxílio Brasil is higher than the rate for payroll-deductible loans for INSS (National Social Security Institute) retirees and pensioners, up to 2.14% per month.

According to Caixa’s vice president of retail business, Thays Cintra, the bank took into account the possibility of losses with the entry and exit of beneficiaries when defining the interest rate that would operate on this line of credit.

“The interest rate is priced according to losses. This is a new product, the INSS is already a mature product, for which we already have enough history to be able to estimate losses. The rate follows the loss simulation based on the study that is made of entries and exits of beneficiaries”, he said.

The value of the Auxílio Brasil consignment is limited to 40% of the permanent transfer of R$ 400 of the benefit, that is, the maximum discount will be R$ 160 per month. The minimum, in turn, is installments of R$ 15.

The R$200 increase is still temporary –from August to December of this year– and will not be considered in the calculation basis of these families’ ability to pay.

The loan can be made in up to two years, in 24 successive monthly installments, and the amount will be released within two business days after the credit is approved.

If the beneficiary loses the right to Auxílio Brasil while the loan has not yet been fully paid off, the debt remains.

“He [beneficiário] continues with the debt, but we have no way to debit it anymore [da conta em que a pessoa recebe o Auxílio Brasil]can generate a possible default” stated Cintra.

The release of hiring takes place less than three weeks before the second round of the elections and is used as a trump card in the reelection campaign of President Jair Bolsonaro (PL), who ended the first round behind Luiz Inácio Lula da Silva (PT).

By the end of October, Auxílio Brasil will serve 21.13 million families, around 500,000 more than in the previous month.

According to the vice president of corporate management, Danielle Calazans, the announcement before the second round of the presidential elections “was not a matter of electoral substance”.

She stressed that the measure was widely debated in the National Congress, that the Ministry of Citizenship made the regulatory adjustments and that Caixa is the operator of federal government policies.

At the press conference to detail the start of operations, Calazans replaced Daniella Marques, who is in the United States.

Since Monday (10), Caixa and 11 other institutions have been authorized by the Ministry of Citizenship to make payroll-deductible loans to beneficiaries of Auxílio Brasil and BPC (Benefício de Prestação Continuada).

SEE BANKS AND FINANCIALS WHO HAVE AUTHORIZATION TO DO THE CONSIGNMENT

The three largest private banks in the country –Itaú, Bradesco and Santander– are among the institutions that have already stated that they will not offer this line of credit. Specialists consider the loan modality risky for beneficiaries of Auxílio Brasil, given the vulnerable situation of this part of the population.

THE MAIN RULES OF THE CONSIGNED LOAN OF AUXÍLIO BRASIL