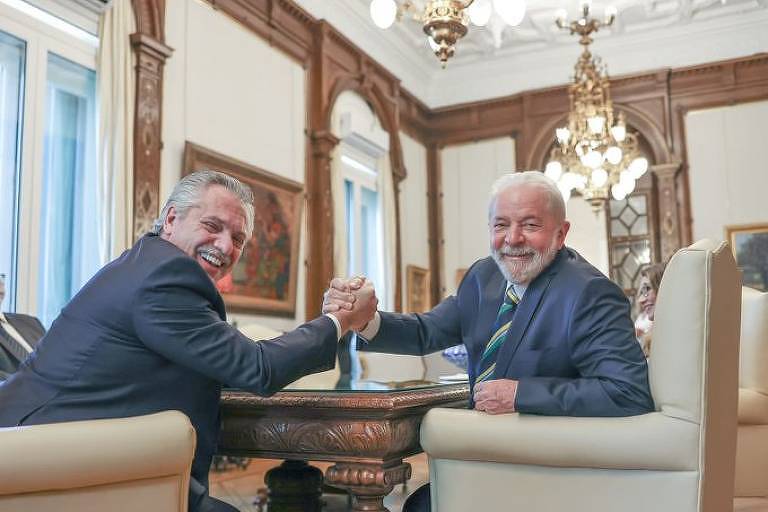 An eventual government of former president and now candidate Luiz Inácio Lula da Silva (PT) could facilitate Argentina’s entry into the BRICS (a bloc formed by Brazil, Russia, India, China and South Africa). In an interview with the Reuters news agency published this Wednesday (19), the PT’s main foreign policy adviser, Celso Amorim, said that the inclusion of Buenos Aires would increase the balance of the group.

“It’s good to have balance within the BRICS and have a greater role for Latin America,” said Amorim, Minister of Foreign Affairs in Lula’s two terms, between 2003 and 2010. “I think the eventual inclusion of Argentina would be positive,” he added. .

The former chancellor’s opinion, however, differs from that of the Itamaraty commanded by the president and candidate for reelection, Jair Bolsonaro (PL). In February, the folder stated that it does not see room for discussion in the Brics about its possible expansion.

Privately, interlocutors in the Bolsonaro government pointed out obstacles, from the Brazilian point of view, to Argentina’s entry into the alliance. And the justification, curiously, goes through the same argument as Amorim – albeit to defend opposing sides. According to them, the eventual entry would represent a dilution of the power of Brazil, which, as the only representative of Latin America, acts as a regional leader due to the facilitated dialogue that participation in the BRICS allows with these countries.

Still in this aspect, it is considered that the BRICS was founded as a limited bloc and that opening the doors to a new Latin American could trigger discussions about the entry of more countries from other continents, generating friction with the other current members. In recent months, Algeria, Saudi Arabia, Egypt, Iran and Turkey have also applied to join the group.

Also in the interview with Reuters, Amorim mentioned the War in Ukraine and said that Lula has the willingness and history to contribute to peace negotiations. According to him, an eventual agreement needs to be led by the European Union and the United States, “but with the participation of China, obviously”. “Brazil can also be an important country, whose voice resonates in the developing world,” he added, citing the BRICS once again.

Amorim also said that, if elected, Lula would make Brazil a protagonist in climate negotiations and organize a global summit on the Amazon in the first half of next year to discuss forest preservation together with the most developed nations.

Finally, he mentioned the relations between PT members and left-wing dictatorships in Latin America, extensively explored by Bolsonaro in the electoral campaign. According to Amorim, a third Lula term would open the door for Brazil to diplomatically re-engage with Venezuela; for him, the isolation of Caracas promoted by the current Brazilian president and the former US president Donald Trump had little effect.

“Isolation, sanctions, blockades, threats of force don’t help at all. They just make things more difficult,” he said. Asked how a Lula government would react to human rights violations in Venezuela and Nicaragua, the former foreign minister said that Brazil “would do what it could in favor of democracy in a respectful, non-interventionist and non-arrogant way.”