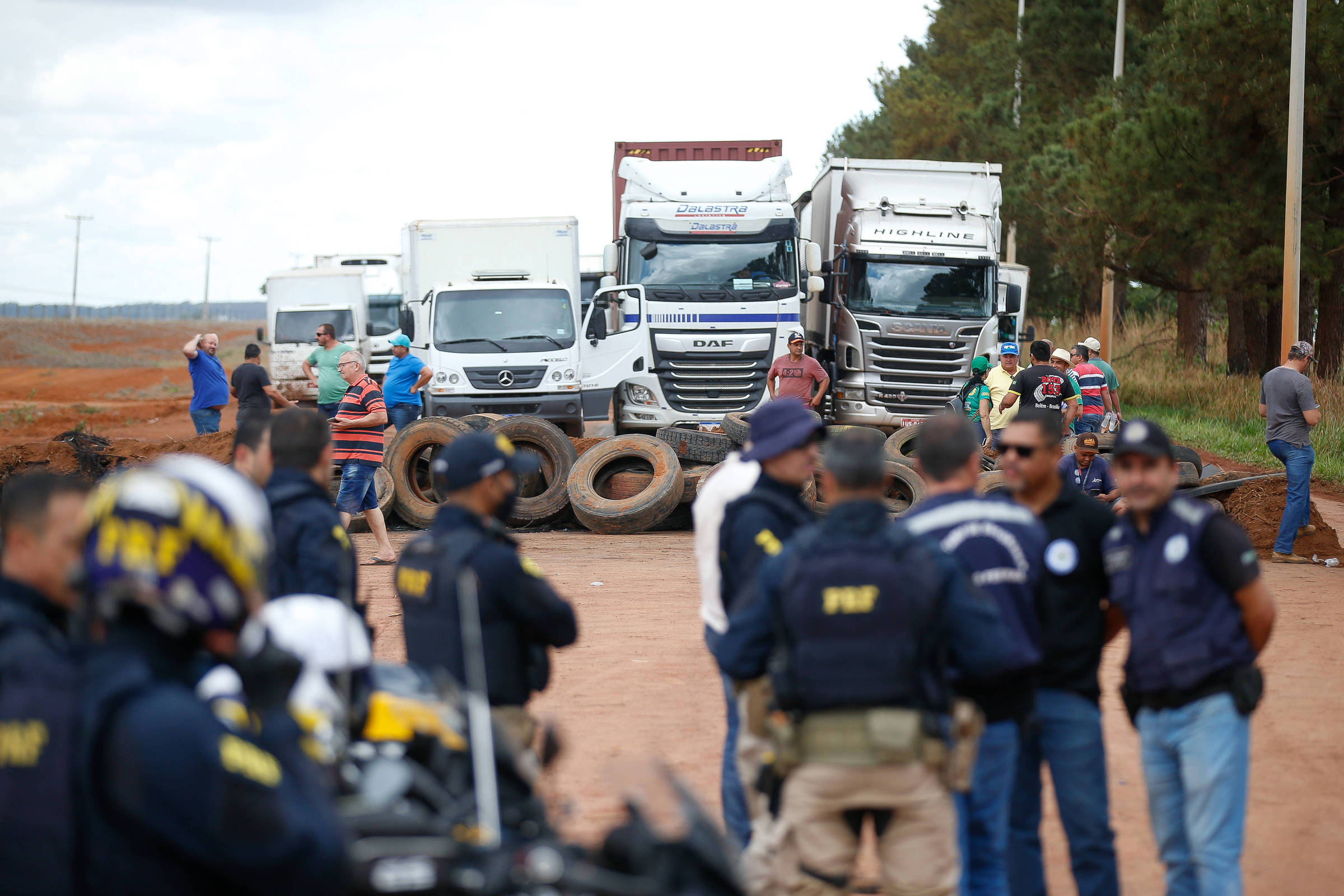 Mônica Bergamo: MST diverges from Boulos’ movement and asks for ‘very calm at this time’

One of the members of the national coordination of the MST (Landless Rural Workers Movement), João Paulo Rodrigues asked this Tuesday (1st) to calm the militants and not to clash with Bolsonaristas who promote roadblocks across the country.

The orientation contrasts with the position adopted by the MTST (Movimento dos Trabalhadores Sem Ceto), coordinated by Guilherme Boulos (PSOL-SP), who decided to send thousands of militants to the highways to remove the barricades that prevent the passage of cars, as anticipated by the column .

Afterwards, the group announced that it would not provoke any situation of confrontation with Bolsonaristas. “It only interests them,” they said in a post on social media.

“From a political point of view, we all know that Bolsonaro and Bolsonarism would not accept whatever the result of the polls. However, now, it is a decision of the Brazilian State to deal with this situation”, says João Paulo Rodrigues, in audio. sent to MST militants.

“Facing this, our guidance for our class first is: calm down. There is no reason for us to fall into the pile of what is having on social networks. That is, very calm at this time”, he continues.

The leader says that the moment is still one of celebration for the victory of Luiz Inácio Lula da Silva (PT) over Jair Bolsonaro (PL) at the polls, and that it is not up to popular movements to confront or face Bolsonaristas in the streets.

“It is the responsibility of the Brazilian State and the Justice, with its police, to repress this coup gang. It is up to us, at this moment, to celebrate Lula’s victory, to be attentive and not fall into the provocations of these groups”, says the coordinator of the MST.

According to Rodrigues, a meeting will be held until the end of Tuesday afternoon between popular movements and unions to assess the situation of blockades with a coup content and decide on a collective position.

In the audio released via WhatsApp, he highlights that the coalition of parties that supported Lula in the election has already called the Superior Electoral Court (TSE) and the Federal Supreme Court (STF) to try to curb the bans and those responsible.

“I think the decision taken yesterday by Minister Alexandre de Moraes is a very good decision because it actually re-establishes the right to come and go and, obviously, asking state or federal police to immediately clear all areas that are stopped” , he says.

As the column showed, the MTST states that it decided to take action after seeing that the blockades are happening “with the complacency” of the Federal Highway Police (PRF), under the command of the government of Jair Bolsonaro.

“We hope to be as well received by the security forces as the bolsonaristas are being”, says the movement.

The column found that the militants are being instructed not to clash with Bolsonaristas, but to remove the materials they placed on the roads to prevent vehicle traffic.

Until Monday night (31), there were more than 300 roadblocks in 25 states and the Federal District. Protesters call for a coup.

After the decision of STF Minister Alexandre de Moraes this Tuesday, the military police of the states began to work to clear highways blocked by protests of a coup nature.

Responsible for the inspection and safety of the roads, the Federal Highway Police (PRF) remained inactive, and police officers even fraternized with the Bolsonaristas.

STF judges blame Bolsonaro for the riots. In silence since he was defeated by Luiz Inácio Lula da Silva (PT) in the presidential campaign, the president would be, with his attitude, encouraging confusion.

The PRF’s omission reinforced the certainty that the president works to raise tensions in the country.

Facebook
Twitter
Pinterest
WhatsApp
Previous article
Without predicting an end to the blockades, PRF says that 182 assessments have already been made and also arrests
Next article
Britain: Counter-terrorism probe into Molotov bar attack at migrant reception center in Dover