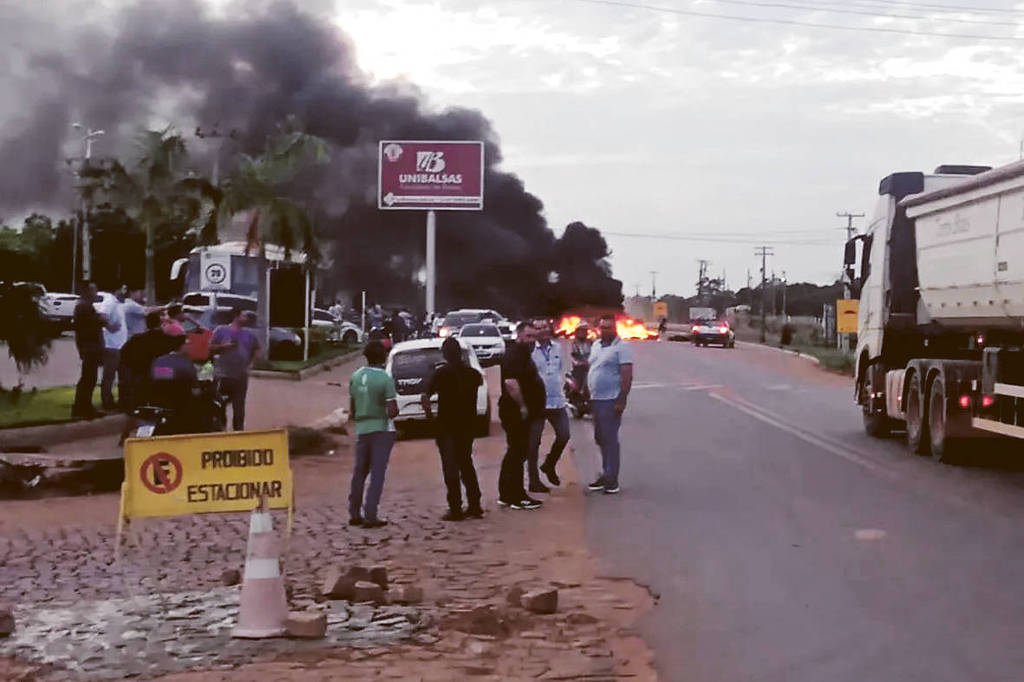 The coup demonstrations by bolsonaristas on federal roads have lost muscle in the Northeast over the last few hours. This Wednesday (2), there is a record of only one roadblock in the region, in Maranhão.

The PRF has been working to demobilize the demonstrations, which include the participation of Bolsonarist groups opposed to the victory of President-elect Luiz Inácio Lula da Silva (PT).

The Northeast is Lula’s political stronghold. In the second round, he won 69.34% of the votes in the region, against 30.66% for current President Jair Bolsonaro (PL).

The situation in the region contrasts with that of Santa Catarina, a state in which Bolsonaro had a large advantage over Lula in the elections and which leads in the number of blockades (there were 38 on Tuesday afternoon).

Since Sunday night (30), after the result of the election was confirmed, blockades have appeared on federal roads in several regions of the country. According to the PRF, almost 2,000 fines have already been applied to drivers who are blocking the highways, and the value of the punishments already exceeded R$ 18 million by the afternoon of this Wednesday.

The only active blockade on Wednesday night, according to PRF, is in Maranhão, where there is a ban on the BR-010, at km 131, in the Estreito region.

The blockades that were registered in Maranhão affected the delivery of food and goods in the region of Vale do Pindaré (MA). The supply of fruits and vegetables, for example, is partially compromised in Santa Inês (MA), 250 km from the capital of Maranhão.

During the day, there were also interdictions in Bahia and Pernambuco. According to the PRF, by late afternoon the roads had already been cleared.

In Pernambuco, there was only a partial blockade on the BR-104, in Taquaritinga do Norte, demobilized.

The PRF demobilized the total blockade that had been in the morning on BR-423, in Garanhuns (PE), homeland of the president-elect. Two other partial bans were ended in Bezerros (PE) and in Caruaru (PE).

In Bahia, there was a total blockade of the BR-101, at the height of km 506, in Itabuna, but the most recent update from the PRF shows that there are no more interdictions in the state.

In Fortaleza (CE), there are no roadblocks, just an act that takes place in front of the Command of the 10th Military Region. The participants asked for the arrest of STF (Federal Supreme Court) minister Alexandre de Moraes and say they are against communism.

In Maceió (AL), also without road blocks, there is a coup demonstration that partially blocks Avenida Fernandes Lima, one of the main avenues in the city. The municipality was the only capital in the Northeast where Bolsonaro had more votes than Lula in both rounds of the election. There is no record of roadblocks in the state.

“I ordered our state’s police forces to guarantee the unblocking of all avenues, just as the STF decided. From the beginning, we opted for dialogue with everyone, but we will be firm in demanding respect for the Constitution of Brazil and our democracy,” he wrote. Paul on Twitter.

However, until the beginning of the afternoon, the acts continued and the Military Police vehicles were in the place just following the demonstration.