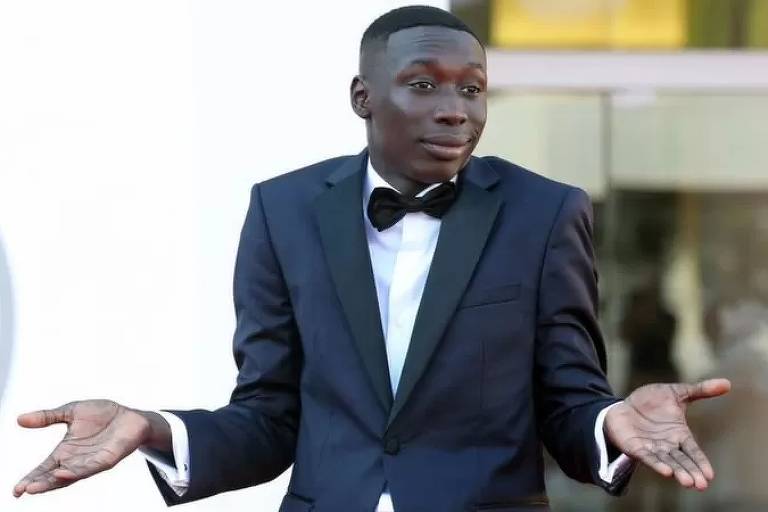 Less is more. This is the recipe that led to the success of Khabane Lame, better known as Khaby Lame. At just 21 years old, the Senegalese became the biggest star on TikTok, with 150 million followers.

Lame has gained fame with his videos, in which, without saying a single word, he pokes fun at the complicated and sometimes crazy tricks other influencers come up with to solve everyday problems.

However, his fame happened almost accidentally.

When a door closes

Lame, who has lived in Italy since his parents immigrated to the European country two decades ago, started recording videos for TikTok in March 2020.

Unemployed and penniless, the young man had to return to his parents’ house, but instead of looking for a new job as his parents asked, he started recording videos.

Despite having only a modest cell phone and not having a tripod to support the device or lamps to improve the lighting, Lame achieved the formula that made him a worldwide celebrity: mocking viral recordings about tricks to face everyday problems – but which actually doesn’t. work – and respond to that content by providing simple solutions.

The expressions and hand gestures, considered funny by millions of viewers, did the rest.

One of his biggest hits was the banana video where he showed for the first time how another user was peeling the fruit with a sharp knife as he simply took it in his hands and peeled it. Then he pointed to the fruit with his hand, making a gesture of: “That’s it”.

Another recording that went around the world was one in which he showed how a woman, who had left her car keys inside with her son, tried to reach them with a stick through the vehicle’s ajar window. However, at one point, she drops the stick and asks the boy to pick it up for her, which the boy obediently does.

Lame recreated the video with a boy the same age, but instead of reaching for the keys with the stick, he asked the boy to give him the keys and solved the problem.

Within weeks he had thousands of followers and is now the king of TikTok, surpassing well-known figures such as Oscar-winning American actor Will Smith.

More than a thousand words

For Stevie Osagie, a specialist in marketing and social networks, the Lame phenomenon is due to the fact that “it uses a universal language: comedy”.

“The fact that they don’t speak implies that there are no barriers between them. There is no single reason why you can’t see their content,” he told the BBC.

Likewise, Osagie stated that the young man was at the right time and place to become the celebrity he is today.

“When he started, everyone was stuck in their homes (because of the lockdowns due to the coronavirus) and everyone needed something to take them away from the negativity and what was going on and that’s what drew attention to him,” he explained.

“My face and expressions make people laugh,” he told The New York Times a few months ago.

being serious pays off

Lame has not limited himself to TikTok and also produces content for other networks, such as Instagram, where he has 80 million followers, eight times more than Mark Zuckerberg, founder of Facebook and owner of the platform.

However, a few months ago Lame suffered a sharp drop in followers on this last platform. The reason? The publication of a post against racism.

“People follow you for something you do that they like, but if you stray from that, you lose followers,” explained Celia Tokosi, an African influencer, who sees Lame’s case as an example.

His impact was so great that in 2021 he was invited to the Venice Film Festival, despite not having acted in any films. In addition, the young man has recorded videos with athletes such as Spanish Carlos Sainz Junior and Brazilian Vinícius Junior.

In 2021, Lame received the National Association of Young Innovators of Italy (ANGI) Award for his way of communicating and a few months ago he obtained the highest distinction at the World Influencers And Bloggers Awards.