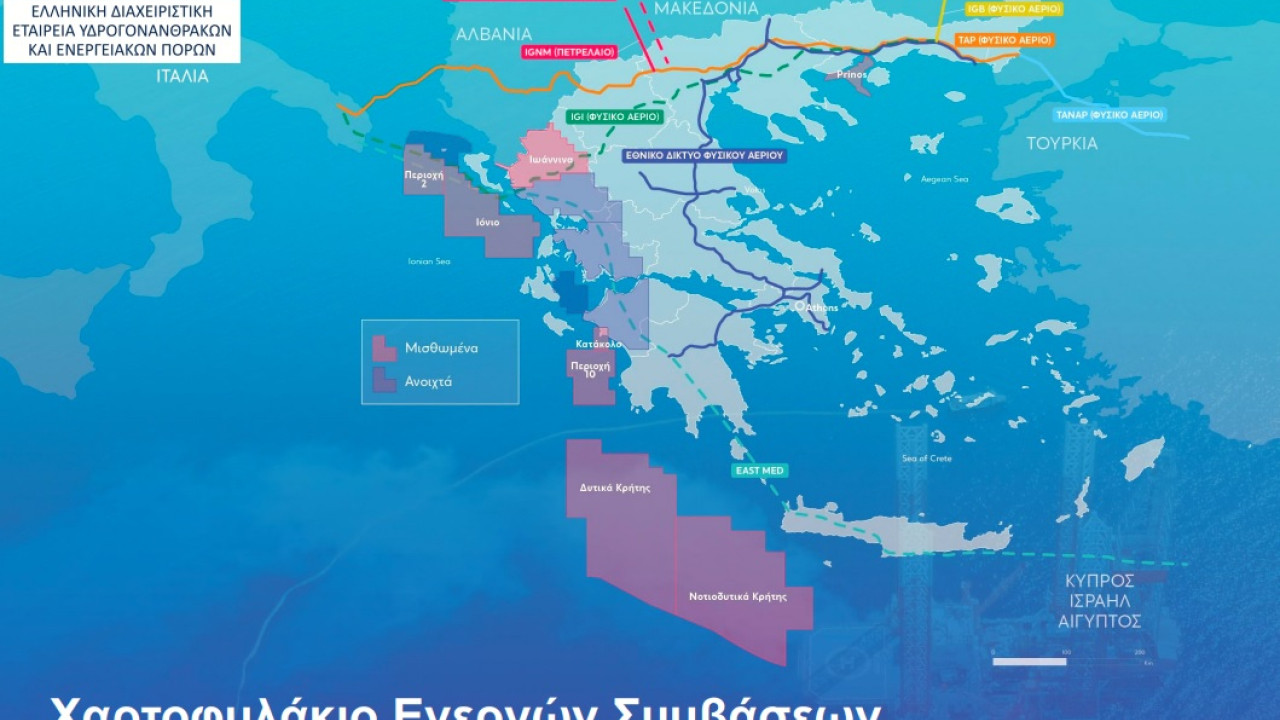 In addition to Ioannina, Prinos and the offshore area of ​​Crete, the program also includes a production well in Katakolo

The developments in our country in the research on hydrocarbons are intensifying. The gas exploration map. THE first exploratory drilling after 22 years (in Zitsa of Ioannina) and the first marine platform of oil extraction after 43 years (in Prinos) are on the way to implementation within a few months, alongside the start of seismic surveys in the marine areas west and south-west of Crete, last week by the ship Sanco Swift.

Developments in the field of hydrocarbon research are intensifying after the announcement by Prime Minister Kyriakos Mitsotakis, last April in a meeting at the offices of the Hellenic Hydrocarbons and Energy Resources Management Company (EDEFYEP) to speed up research. In addition to Ioannina, Prinos and the offshore area of ​​Crete, the program also includes a production well in Katakolo, where there is a proven deposit and the continuation of seismic surveys in the Ionian.

In most cases the representatives of the industry state that they are moderately optimistic about the outcome of the investigations, relying on the one hand on the seismic data they have collected in the previous years in the areas in question but also on the “geological analogs” with neighboring countries (Egypt, Albania, Italy) where they have identified or there are encouraging indications of hydrocarbon deposits. However, there will be certainty only after drilling.

With the current data, developments per area of ​​interest are structured as follows:

Facebook
Twitter
Pinterest
WhatsApp
Previous article
Charles M. Blow: Trump has fueled distortions in the US political system that will last a long time
Next article
What the heads of the four systemic banks value after the upgrade by Moody’s