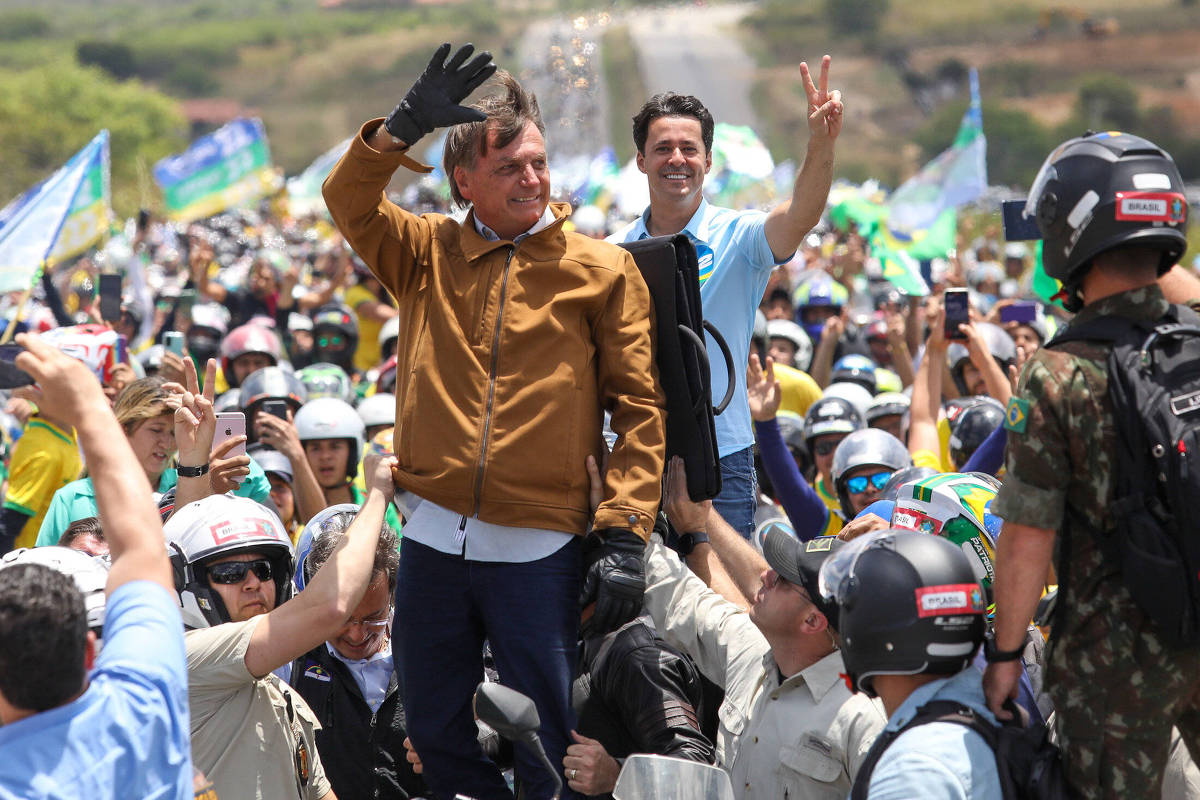 Shrinking and in crisis, class C becomes the engine of Bolsonarism

In the home state of Luiz Inácio Lula da Silva (PT), Santa Cruz do Capibaribe was the only one among the 185 cities in Pernambuco to give victory to Jair Bolsonaro (PL). The president beat Lula by 52% to 48% in the municipality. In the state, the PT won by 67% to 33%.

With 111,800 inhabitants and 186 km from Recife, Santa Cruz do Capibaribe, visited by the Sheet For some years now, it has been a dynamic center of entrepreneurship based on the “sulanca”, originally woven from helanca from the southern region and used by hundreds of small clothing companies and merchants.

It is the second largest clothing hub in Brazil (behind São Paulo), gathered at the Moda Center Santa Cruz, a gigantic market that attracts buyers and resellers from several states.

IBGE data for 2020 for the municipality allow estimating that families with two or three people working in Santa Cruz do Capibaribe have an average income between R$3,100 and R$4,700.

Although there is no consensus between institutes and researchers on the parameters for the division of classes in the country, criteria used by different consultancies place this income range in the so-called class C.

Analysis of the results of the October 30 election suggests that the C class was crucial for Bolsonaro’s expressive vote, which ended up losing to Lula by just 2.1 million votes, the narrowest margin in presidential elections since redemocratization.

With few exceptions, states where the C class is relatively larger gave the president an advantage. On the other hand, where the D/E class predominates, Lula did better.

A Datafolha poll on the eve of the second round indicated that the majority (51%) of voters with a family income between 2 and 5 minimum wages would vote for Bolsonaro (compared to 42% for Lula).

The vast majority of those surveyed voters belonged to the C class, according to the criteria of the Plano CDE consultancy, which establishes a family income between R$2,030 and R$6,125 for this group.

The PT had 55% of preferences, according to Datafolha, among families with an income of up to two minimum wages – mostly members of the D/E class, according to the CDE Plan criteria (income below R$ 2,030).

The ratings would be approximately the same by the criteria of the consultancy Tendências.

Class C is the most numerous in Brazil, with 95.6 million people. Class D/E adds another 70.5 million and A/B, 46.4 million, according to Plano CDE.

Experts in social classes and political science say it is possible to infer that members of the C class — such as voters in Santa Cruz do Capibaribe — showed a greater preference for Bolsonaro because of his pro-entrepreneurship speech and defense of a state that interferes less in the economy. people’s lives.

“POF data [Pesquisa de Orçamentos Familiares, do IBGE] show that, in class C, 60% of workers have variable income, with a predominance of informality. The president’s speech for a state that should not get in the way has more grip on these struggling people. They believe in making more progress on their own merits”, says Maurício de Almeida Prado, anthropologist and executive director of Plano CDE.

According to Prado, qualitative research reveals that this segment has a more individualistic discourse, and has a feeling of dissatisfaction fueled by the combination of the economic crisis in the 2015-2016 biennium, low growth since then and corruption scandals in the PT governments.

Ironically, it was in the Lula years (2003-2010) that the C class expanded rapidly. According to FGV Social data from that period, the poorer the poorer, the greater the increase in income, which contributed to the crossing of many Brazilians from the D/E class to the C. In 2010, the then Ministry of Finance estimated that 25 million people had taken this route.

In the last ten years, however, the C class has shrunk, according to calculations by Tendências.

Unlike the D/E class, which has always depended on public services and is, at least at its base, served by social programs, the C class has been losing income and becoming precarious for ten years — becoming increasingly distant, for example, health plans and private schools. “There is a strong feeling of frustration in this segment”, says Prado.

For Rafael Cortez, political scientist at Tendências, the increase in informality in Brazil (40% of workers today) also reinforces the pro-free initiative sentiment of voters more to the right, who end up seeing the State as a bureaucratic obstacle and tax collector.

“This component, which was already structural, ended up also becoming conjunctural with the pandemic, and was very well explored by Bolsonaro. , who depend on informality to earn a living”, he says.

Fernando Veloso, a researcher at the Brazilian Institute of Economics at FGV, agrees that the high informality in the C class may have led its members to sympathize more with the discourse of entrepreneurship, and in favor of a certain macroeconomic stability, advocated by Bolsonaro.

“If in the 2000s they went through a process of social ascension, there was enormous frustration from the 2015-2016 recession, associated with the PT corruption scandals, in a context in which they do not have social protection mechanisms. makes them more sensitive to this entrepreneurial discourse”, he says.

Cortez, from Tendências, also claims that Bolsonaro was also skillful in adding various symbolisms contrary to the left, bringing together voters who, in past elections, voted for PSDB candidates against the PT.

Sociologist and political scientist Antonio Lavareda recalls that the total number of votes for Bolsonaro this year (49.1%) was very close to that obtained by Aécio Neves in 2014 (48.4%).

According to him, voters had already been moving to the right since the elections for mayors and councilors in 2012. Despite the narrow victory of PT party Dilma Rousseff against Aécio in 2014 (with an advantage of 3.4 million votes), the Congress elected to the time had already reinforced this profile.

“In recent years, there has also been a causal relationship in the minds of many voters between the corruption pointed out by Lava Jato and the impoverishment of society. This is the great explanation for the strength of Bolsonarismo.”

For Lavareda, despite the defeat, Bolsonaro knew how to exploit this diffuse feeling, with the pro-free initiative speech, of “taking the State off the producers’ backs”.

“But he also indicated a kind of freedom that many wanted: to mine and deforest the Amazon, to exploit the poorest workforce and to be entrepreneurs with some level of evasion,” he says.

Facebook
Twitter
Pinterest
WhatsApp
Previous article
Kikilias for the 39th Classic Marathon: An iconic race that promotes Greece internationally
Next article
Covid-19 can ruin your sleep in many different ways — How it does it

The deadline for applications for 3,000 jobs in the South Aegean Region ends tomorrow