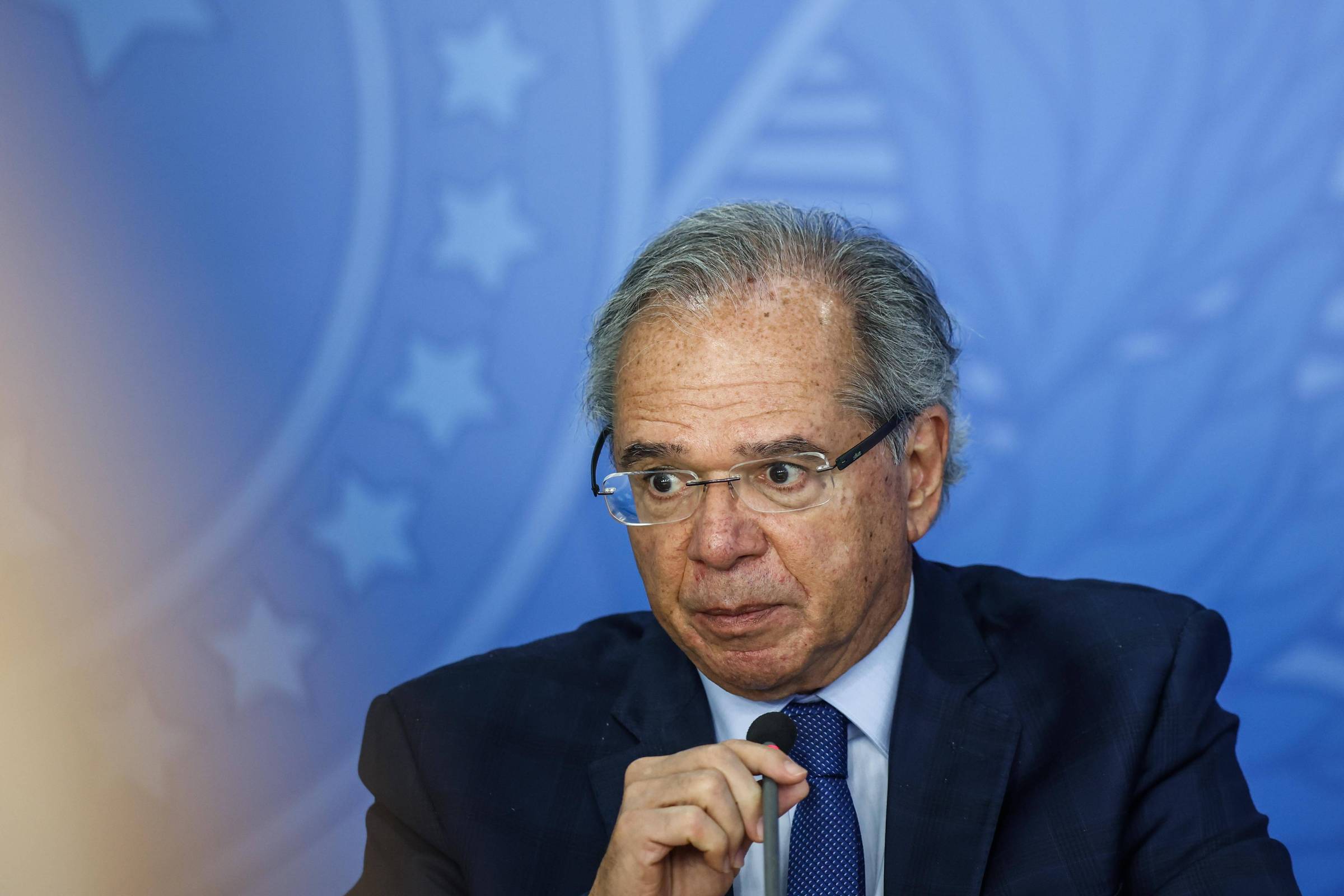 ‘You’ve already won, shut up, go to work’, says Guedes about the next Lula government

The Minister of Economy, Paulo Guedes, criticized this Friday (18) the PEC (proposed amendment to the Constitution) of the Transition and the way in which the work has been carried out by the team of the president-elect, Luiz Inácio Lula da Silva ( PT).

“You’ve already won, shut up, go to work, build a nice business. The challenge is great, but the opportunity is greater,” he said during an event about the 30 years of the Secretariat for Economic Policy, which is part of the Ministry of Economy .

“If you make less noise and work a little more with your head, and less with lies, maybe it could be a good government. It just depends on not lying. And on other things as well,” he said.

Recently, important figures in the market complained about Lula’s statements contesting tax requirements in the name of combating social inequalities.

During COP27, the United Nations climate conference, the president-elect reinforced his tone and defended breaking the spending ceiling to finance social programs. “If I say that, will the stock market fall, will the dollar rise? Patience”, said Lula, adding that the fluctuation of indices does not happen “because of serious people, but because of speculators”.

At this Friday’s event, Guedes was with the Minister of Mines and Energy, Adolfo Sacshida, former secretary of Economic Policy, and public servants.

The Minister of Economy said that the Transition PEC caused confusion. “You see the confusion that is an overflow, making a PEC out of the ceiling, without a source of funding”. According to him, the proposal will end up serving to finance works.

He defended the increase of another R$ 200, totaling an aid of R$ 600, but provided that with discrimination of the source of resources.

“We launched the biggest social program that ever existed, with fiscal responsibility. What is this story of a social conflict with fiscal? [o problema]”, he completed.

Despite the statements, Guedes has also participated in the elaboration of different measures that ended up breaking the spending ceiling. According to a survey by economist Bráulio Borges, a researcher at the Brazilian Institute of Economics at the Getulio Vargas Foundation (FGV-Ibre), carried out at the request of BBC News Brasil, Bolsonaro government spending above the ceiling totals R$ 794.9 billion from 2019 to 2022 .

This value represents the sum of authorizations that the current management obtained in Congress to spend above the constitutional limit and other maneuvers that circumvented the ceiling, such as the postponement of payment of precatorios (government debts recognized in court) and the change in the calculation to define the ceiling in 2022.

Most of the almost BRL 800 billion above the constitutional limit spent by the current government were used in 2020, the year in which Congress largely released expenses due to the Covid-19 pandemic. But the easing of the rule began in the first year of government and continued after the pandemic cooled down. In this last year, the holes in the roof boosted the expansion of social benefits shortly before the election, in an action that was trying to boost Bolsonaro’s re-election, in Borges’ view.

After the result of the presidential dispute, the elected government decided to present a PEC given the lack of space under the ceiling in 2023 for expenses such as the BRL 600 Brazil Aid. nervousness in the market amid the fear of lack of control of the public accounts.

As shown to Sheetthe elected government can concede in points of the Transition PEC, but it does not give up that the increase in expenses will be valid for four years – Lula’s entire term.

Amidst the reactions of the market, the vice-president-elect, Geraldo Alckmin (PSB), said on Thursday night (17) that the future government will work on a plan to cut expenses and seek to resume the primary surplus to reduce public debt, but that this will take time.

“There will be a primary surplus, there will be a reduction in the debt, but this cannot be done in 24 hours. This is done over time,” he said to a group of journalists during a break in work on the transition of government, at the CCBB (Centro Cultural Banco do Brazil).

The vice-elect, who also coordinates the transition of government, promised to present a kind of “flight plan” with future actions -which includes cutting expenses and approving a tax reform “in the shortest possible time” to seek simplification and drive growth.

Still in a nod from the new government to fiscal responsibility, former minister Aloizio Mercadante, who coordinates the technical groups for the transition of government, indicated that tax exemptions are under analysis and this could be a way to raise future revenues for the federal administration, without increasing the tax burden.

Facebook
Twitter
Pinterest
WhatsApp
Previous article
USA – Trump’s CFO: His sons found out I was evading taxes and gave me a raise!
Next article
For Zuckerberg, WhatsApp will boost revenue before the metaverse, says agency