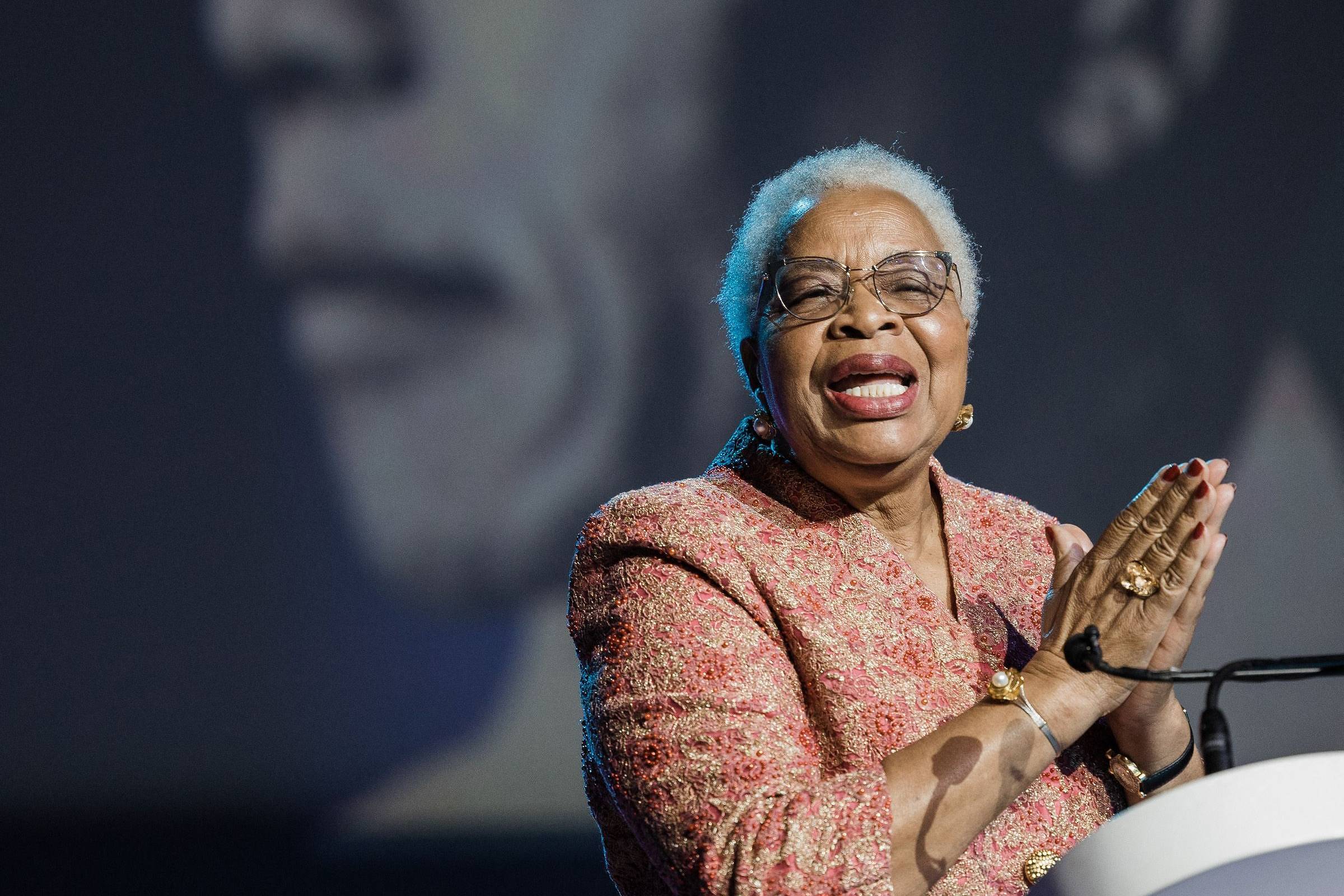 Activist Graça Machel, widow of Nelson Mandela, demanded a broader and more radical action from companies in favor of racial equality in Brazil. On a visit to São Paulo for the Black Consciousness week, she gave a lecture during the 2nd International Business Forum for Racial Equity, held at the Zumbi dos Palmares University, this Friday (18).

To an audience made up of CEOs of large companies, government leaders and representatives of civil society, Machel said that Brazil is a country that leaves her indignant because it lacks a deep awareness that discrimination is unacceptable.

“We have to be more radical in deconstructing the racial structures that exist in Brazil, and be much more aware that it is necessary to rebuild our social fabric, stone by stone, on the basis of accepting that the 200 million Brazilians all have the same dignity “, said.

Machel, who is of Mozambican origin and a human rights activist, recalled that around 57% of the Brazilian population is made up of black people, although this is not reflected in the spaces of political and economic power —mostly occupied by whites.

However, she recognizes some advances in the agenda, such as the Forum itself, which was organized by two corporate movements in favor of racial inclusion: the Business Initiative for Racial Equality, which brings together 60 large companies —such as Itaú, Coca-Cola, Unilever and Magalu— and Mover (Movement for Racial Equity), currently formed by 47 companies. THE Sheet is the media partner of the event.

“This is the biggest movement of entrepreneurs [em prol da equidade racial] From Latin America. Therefore, we are already getting restless. But I want to suggest that we are more than restless, we must give ourselves enough space to be much more radical,” said Machel.

According to her, leadership training initiatives and selection processes for blacks, among other efforts, are very important, but represent a tiny quota. “In the deconstruction I’m talking about, more needs to be done. Much more”.

The activist recalled that the revenues of many companies that make up these movements are even greater than the GDP (Gross Domestic Product) of several African countries. Therefore, the effort can and should be more daring, she defends her.

One of Machel’s proposals is that the movement to face racial inequality be structured by sectors of the economy. Having common goals among participants in the same industry would allow, for example, to better identify and plan how to remove existing barriers.

The proposal is that each segment, in the different regions of the country, have indicators of progress in this agenda.

The activist also highlighted that the racial struggle is not just a matter of human rights, but an economic development strategy. “It is this nation that will be 57 times more productive, more prosperous and, for that very reason, richer in terms of alternatives and visions of how to make Brazil better”, she said.

José Vicente, dean of Universidade Zumbi dos Palmares, said during the event that the formation of the largest group of companies in the Americas in favor of the racial agenda sends an important message to society.

However, despite the advances, he criticized the low representation of blacks in the top leadership of the companies. “Not even at the height of South African apartheid were the numbers as bad as our Brazilians are”, he pointed out.

“We will have no honor if we hand over to our future generations a divided, segregated country. In which skin color, several times, means being murdered within the corporate environment”, he added.