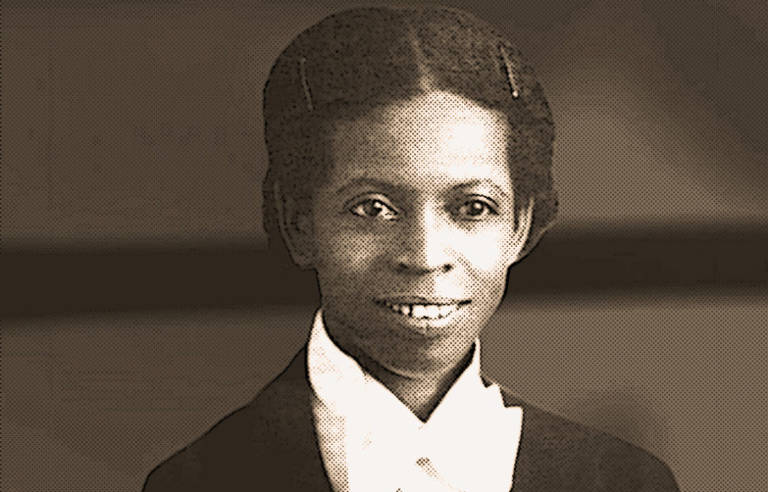 Housemaid, student who spent the night copying college books, public school teacher and engineer who inspected construction sites with a gun in her belt. The first black woman to graduate in engineering in Brazil seems to have spent her life having to prove that she deserved to be there.

Enedina Alves Marques was born in Curitiba in 1913. Her parents had come from the interior, with the exodus provoked after the end of slavery. Her mother, Dona Duca, was a laundress and maid.

Enedina became literate around the age of 12, with the help of the owner of one of the houses where her mother worked. She was a nanny and domestic worker in homes of the elite of Curitiba, from childhood to college.

Later, she entered the normal course and worked during the 1930s as a teacher, while preparing to fulfill her dream of entering the Faculty of Engineering of Paraná.

Unable to afford the books, he borrowed material from college classmates and copied the texts during the night, according to a paper for the conclusion of the History course by Jorge Luiz Santana, from UFPR (Federal University of Paraná).

“At the time, another woman was studying engineering in Paraná, but Enedina was the first to graduate. It’s even difficult to measure the pressure and discrimination she suffered”, says Nelson Gomez, president of the Institute of Engineering in Paraná.

With effort, she completed the civil engineering course in 1945, aged 32, being the only woman in the class. She soon got a job at the Public Works Department of Paraná and made a career in the state public service.

She was head of hydraulics and head of the statistics division at the Secretariat of Education and Culture. “As a result, she was transferred to the State Department of Water and Electric Energy in 1947, working on the Hydroelectric Plan and on the use of water from the Capivari, Cachoeira and Iguaçu rivers”, according to an article by PUC-PR.

In public service, she was able to participate in one of the main works of her career, the Capivari-Cachoeira Power Plant (currently the Governador Pedro Viriato Parigot de Souza Hydroelectric Power Plant).

The plant is still impressive today: the largest underground hydroelectric plant in the south of the country, located in the municipality of Antonina (83 km from Curitiba), it was inaugurated in 1971 and is fed by damming the waters of the Capivari river.

According to Copel (Companhia Paranaense de Energia), which manages the site, the reservoir is 16.3 km² and there are 750 meters of drop between it and the plant.

To generate energy, the water goes through a 15-kilometer tunnel excavated in the Serra do Mar, passes through the balance chimney and takes water to the turbines. Three large caverns were excavated where the engine room, transformers and valves are located, says the company. The generators produce energy to supply the consumption of 500 thousand people.

A goddaughter who lived with Enedina since childhood reported for a documentary produced about her that the engineer went to work with a revolver on her waist. When the pedestrians started making fun of her, she fired shots in the air to defend herself and be respected.

An admirer of Enedina’s trajectory, Copel’s supervisor and plant modernization coordinator, Lorival Antunes da Silva Júnior, 37, says he is still moved by the double challenge faced by her — that of being the first black female engineer in the country and having participated of the most important work in the state at the time.

“Her story, in addition to being inspiring, brings pride to the people of Paraná and has a lot to teach us about resilience. It is right that she remain forever linked to a work that is an engineering challenge.”

Despite her importance to engineering, the biography of the woman from Paraná is still scarce.

Author of the book “Enedina Marques: Pioneer Black Woman in Brazilian Engineering” (Editora Inverso, R$45), which was among the five finalists of the Jabuti Award in the youth category, professor Lindamir Casagrande recalls that the history of women is not told as it should and it is necessary to form a kind of patchwork quilt in order to reach the real meaning.

“Although she is not known nationally, she is a reference in Paraná, it is a name that always comes up when you think about representation. She was the sixth woman to graduate as an engineer in the country and the fact that she is a black woman, poor, daughter of freed slaves, ends up standing out a lot.”

Casagrande reinforces that Enedina’s story needs to be told as proof that education changes people’s lives. “Meritocracy doesn’t exist, it’s no use having capacity without having opportunity. And you have to think about how many talents were lost due to lack of opportunity.”

Enedina died in Curitiba, in 1981. She lived alone and was found dead a few days later, when the doorman of the building where she lived, in the center of the city, missed her.

“The sensationalist press at the time announced it as a crime of passion, since the black woman is not respected even after she is dead. But the family said that she suffered a heart attack”, says Casagrande.

The Instituto de Mulheres Negras Enedina Alves Marques was founded in her honor, with the aim of fighting racial invisibility. She was also remembered with a plaque at UFPR and will receive a statue on the sidewalk of Rua XV de Novembro, in downtown Curitiba, scheduled for delivery in 2024.