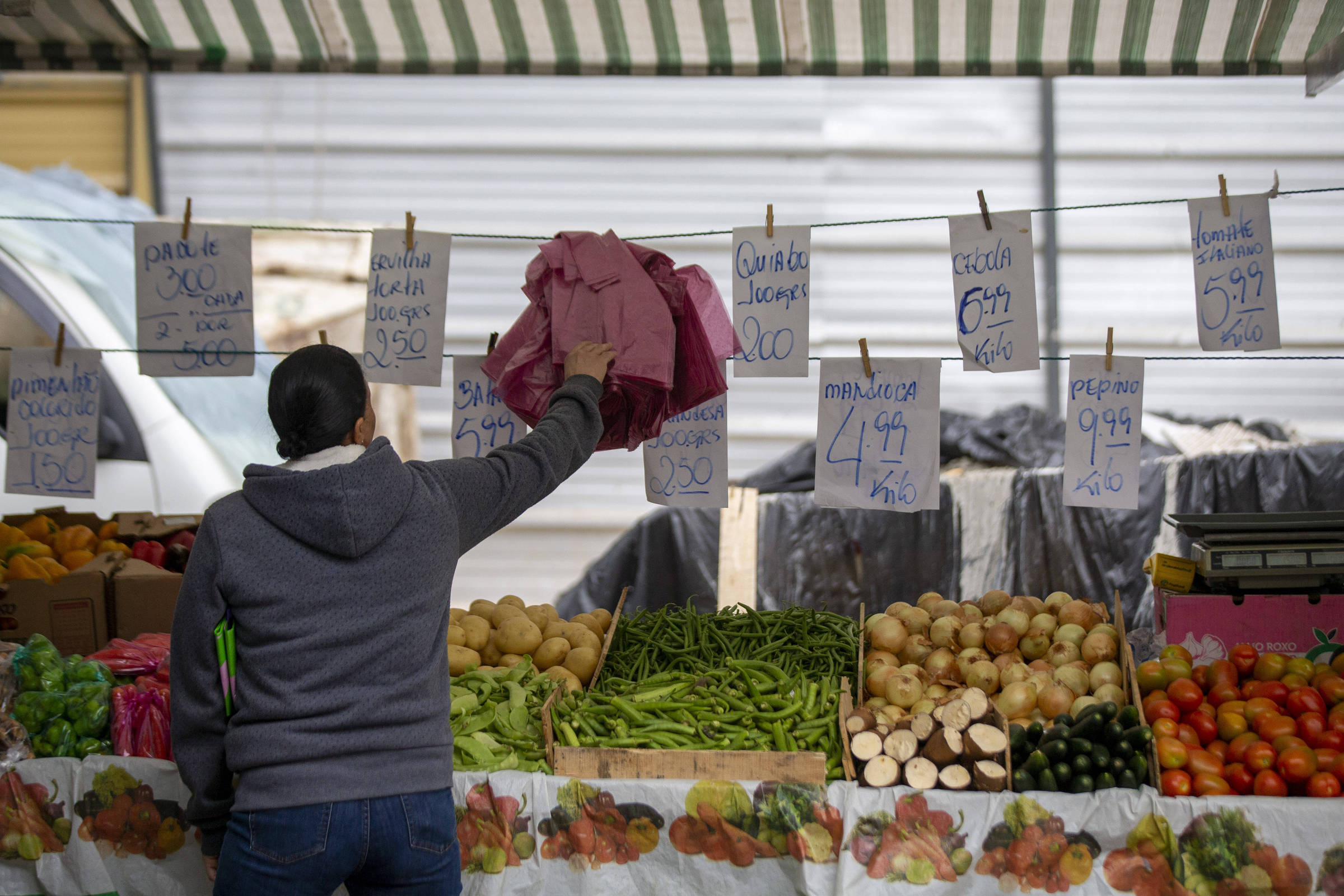 Buying food and paying day-to-day bills are among the main reasons for the population of classes C, D and E to take out loans over the last few months in the country, according to a study conducted by the research institute Plano CDE.

When asked why they took or would take a loan, between 45% and 50% of respondents from classes C, D and E indicated that food and monthly bills were or would be the main purpose. This percentage drops to 30% between classes A and B.

Considering all classes, 42% claim to have some debt in arrears, says the survey.

“This question of the need for loans to buy food is obvious, indicating the serious situation that a series of families are currently facing”, says Maurício Prado, director of the CDE Plan.

In this scenario, he adds, even more attention is needed with the granting of payroll loans for the benefits of Auxílio Brasil, which, in many cases, are contracting debts with high interest rates for subsistence. “Auxílio Brasil’s consignment will only make families get even more entangled.”

Payment of other debts and setting up or investing in one’s own business also appear among the main reasons that justified borrowing.

The survey also points out that around 50% of families took out some type of loan in the last year, with family and friends being the main source for the search for resources among the poorest, followed by digital and traditional banks.

Coordinator of the Center for Studies in Microfinance and Financial Inclusion at FGV (Fundação Getulio Vargas), Lauro Gonzalez says that the combination of a scenario of low economic growth since mid-2014 with high inflation and a labor market characterized by precariousness and informality makes credit increasingly used as a complement to the income of the population with lower purchasing power.

“And credit as an income supplement is an almost certain path to over-indebtedness”, says the expert.

Still according to the CDE Plan survey, 50% of participants in classes D and E have already had to reduce the purchase of food to pay off a debt.

Increased workload (overtime, odd jobs, temporary jobs) and the sale of goods (car, furniture, appliances) are also usually one of the most used alternatives.

The survey also points out that around 20% of the interviewees make “heavy use” of bank accounts (more than once a month) for less than two years (a public considered newly banked), with around 80% of the population C, D and is.

The study indicates that most of the newly banked are women (62%), 50% are black, and almost half of this public (49%) uses the new digital financial institutions as the main bank to access financial services .

“We are always committed to creating innovative products to make life easier for customers. We have already reached 66.9 million customers in Brazil, with a diversified distribution between classes A to E, and 55% have Nubank as their main account. Within that universe, we estimate that 5.6 million had access to their first card or account through our services. It is a pleasure to play a relevant role in financial inclusion”, said Cristina Junqueira, co-founder of Nubank, in a note sent to Sheet🇧🇷

“The protagonism of digital banks is very strong and greater than we imagined, even above Caixa in the CDE public, which historically has always been the bank most used by these families”, says the director of the CDE Plan.

Among the public that makes up the bottom of the pyramid, usability and ease of use (63%), access to a free card (53%) and free account (33%) are the main reasons given to justify the preference for banks fingerprints.

The study also indicates that respondents, especially those with lower incomes, claim that they have a better experience when using digital banks compared to large banks, says Prado.

Gonzalez, from FGV, says that, on the one hand, the emergence of new digital banks is a positive factor as competition increases in a sector that is still highly concentrated in the country. But, on the other hand, it may end up contributing to an increase in the indebtedness of the lower classes if the credit offer is not accompanied by access to quality information that makes people aware of the risks of borrowing within a tight budget.

The survey also points out that Pix has become the main means of payment for about 30% of the population, being the most cited alternative by the class C public, behind the credit card in AB, and money in DE.

Cryptocurrencies are among the main investment objectives

Among Brazilians who managed to save some amount in the last year (above 60%, even in classes C, D and E), the savings account continues to be the main allocation of investment among all social classes, as well as saving money in House.

In addition, about 1 in 3 Brazilians said they intend to invest in their savings account in the next 12 months.

Another 28% would like to invest in investment funds, and 27%, in cryptocurrencies, with cryptos ahead of options such as stocks (23%), government bonds and Treasury Direct (21%) and private pensions (17%).

Regarding the public that showed interest in the universe of crypto digital currencies, the CDE Plan survey indicated that 65% get information about investments through digital influencers and 57% have no savings to deal with an unforeseen event in the amount of their monthly income.

According to Prado, the supply of cryptocurrencies through the most diverse channels, from fintechs to applications from urban transport companies, and the high level of volatility of the asset, makes it urgent to adopt some regulation related to this market, in order to increase the level of transparency for customers.

The survey also highlights the fact that the main challenge for increasing the formation of a savings rate at the base of the pyramid is the lack of income —in the last 12 months, about 50% of the population had expenses greater than their income, with 37% in classes A and B, 48% and 55% in C1 and C2, respectively, reaching 60% in D and E.