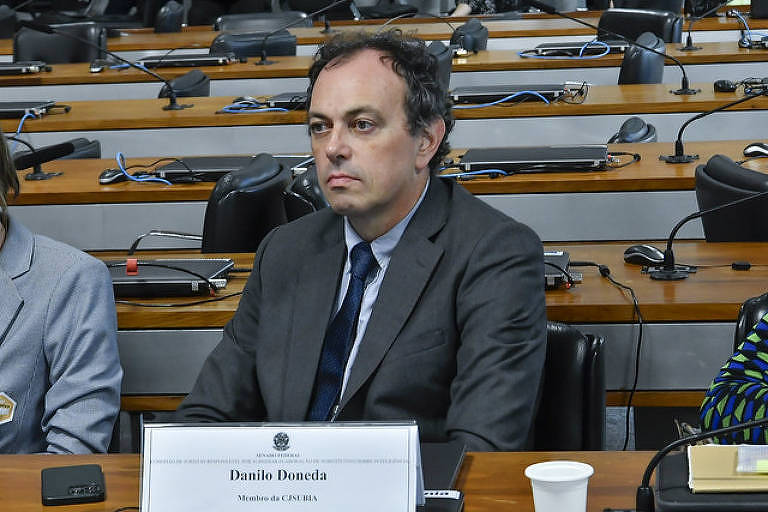 The lawyer and professor Danilo Doneda, a reference in Brazilian digital law and one of the main articulators of the creation of the Data Protection Law, passed in 2018, died at the end of this Sunday afternoon (4), at the age of 52.

Doneda was undergoing treatment for bowel cancer, identified less than three months ago. His health situation worsened in the last week, when he had an obstruction and had to undergo surgery.

Professor at the IDP (Brasiliense Institute of Public Law), he was a member of the National Data Protection Authority, a body linked to the Executive to regulate the subject in Brazil, nominated for the vacancy by the Chamber of Deputies. He had been working with the agenda since the early 2000s and influenced discussions on the subject in several Latin American countries.

During the Dilma Rousseff (PT) government, she worked at the National Consumer Secretariat, linked to the Ministry of Justice.

As a professor, he went through universities such as FGV (Fundação Getulio Vargas), Uni Brasil, UERJ (State University of Rio) and PUC-Rio (Pontifical Catholic University of Rio). He had a Doctor of Laws from UERJ and part of his research was done in Italy, at the University of Camerino and at the data protection authority there.

In addition to being one of the most active figures in the area of ​​privacy, Doneda also participated in discussions on the Marco Civil da Internet, in 2015, and on topics related to technology and consumer rights.

The two laws were considered achievements of Brazilian digital activism, as they had a bias to protect the population, and had the teacher as part of the central figures in the discussions.

“A brilliant intellectual, he had an inexhaustible capacity for dialogue. He worked in politics, academia and civil society like few others, in a topic that made him one of the greatest: protection of personal data. In the digital age, it is a key challenge”, says federal deputy Orlando Silva (PCdoB -SP), with whom he had great dialogue.

“I was able to be with Danilo in different international spaces and it was a pleasure to see his brilliance and the respect he conquered. My solidarity and fraternal hug to his family”, he adds.

Minister Gilmar Mendes, of the Federal Supreme Court, wrote on a social network: “Today we lost Danilo Doneda, a researcher, professor and lawyer who tirelessly dedicated his career to promoting the culture of data protection in the country, being decisive for the creation of our LGPD. Danilo leaves an unparalleled legacy”.

For Rafael Zanatta, activist and director at Data Privacy Brasil, the history of personal data protection in Brazil is inseparable from Doneda’s life.

“In 2005, when the subject was little debated, Danilo helped to organize a great event in São Paulo with Stefano Rodotà, one of his great inspirations, putting the theme on the radar of the Ministry of Justice”, he says.

They worked together on projects such as collective rights in credit scoring systems, positive registration reform, and passing the data bill.

“Four characteristics define him well: republican ethics, humanist position, ability to listen and good humor”, he says. “He dedicated countless hours and life time to building a better Brazil. For that we have to be grateful for his dedication, generosity and his valuable legacy.”

Respected in the international community, he was honored this week at an internet conference in Ethiopia, when the audience applauded his work upon learning of his health status.

Over the past week, family members have sent him dozens of farewell messages from activists, professors and experts from different countries.

Born in Curitiba, he leaves three children Dora, Adriano and Eleonora, his wife Luciana, his sister Daniele, and his mother Marilene.