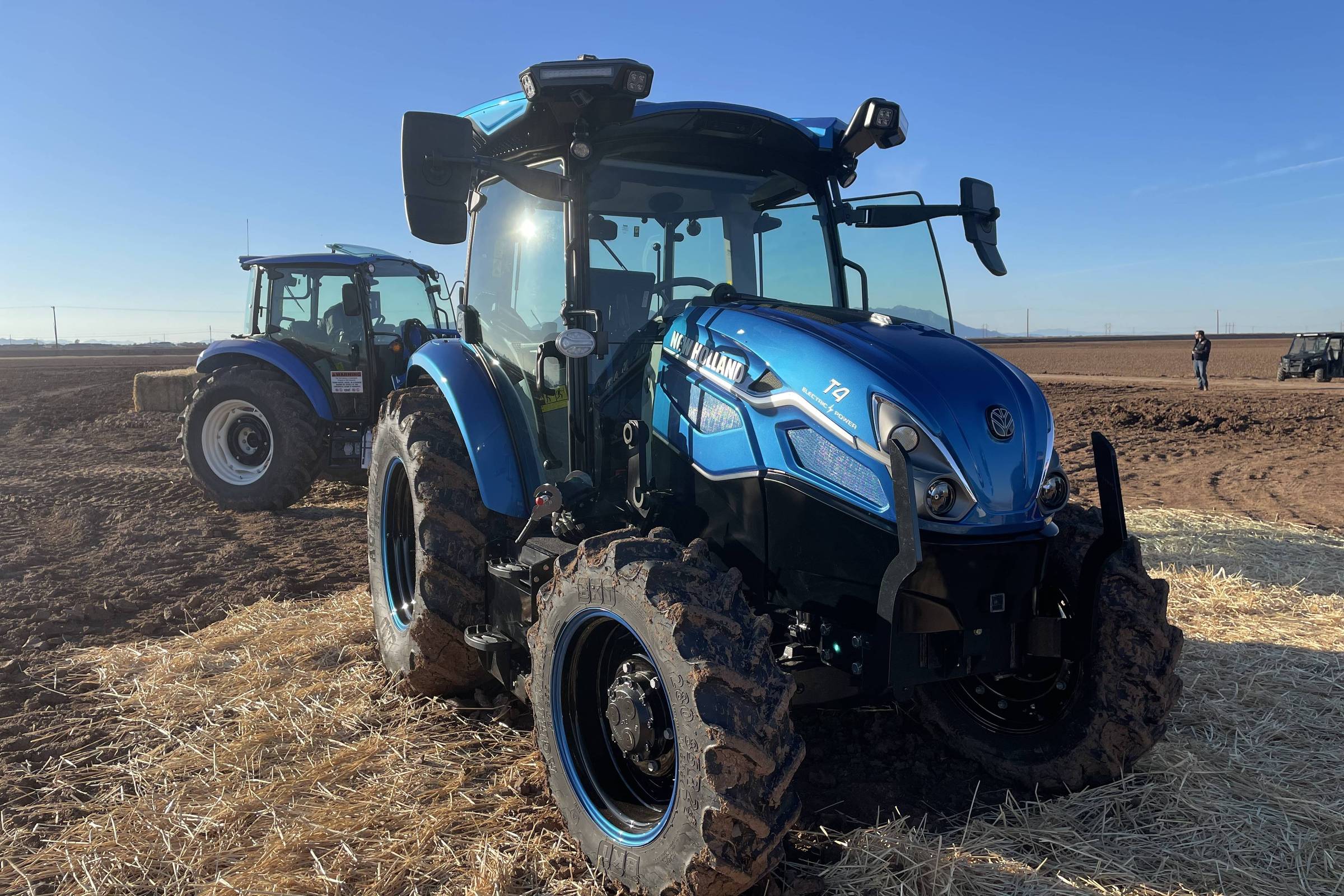 CNH Industrial, one of the global giants in the production of machinery for agribusiness, presented prototypes of two new tractors, one powered by liquefied gas and the other electric. One of the models will hit the market at the end of next year.

More silent than the existing models and with the proposal to reduce costs and be more environmentally sustainable, the tractors were designed with the aim of serving both larger producers, in the case of vehicles powered by liquefied gas, and small ones, the focus of the electric option.

The presentation of how the models work in the field was accompanied by Sheet this Thursday (8) at the Maricopa Agricultural Center, on the outskirts of Phoenix (USA).

Commercial prices for the models, both manufactured by New Holland, one of CNH’s brands, were not revealed by Derek Neilson, president of Agriculture at CNH. Executives present at the event said that prices will be defined after eventual improvements, if necessary.

The electric tractor should have between 150 and 200 units delivered from the end of next year to rural producers in the USA, Europe and Brazil, according to the president of New Holland, Carlo Lambro.

“These are prototypes, which will be analyzed and tested by customers,” he said.

The one powered by liquefied gas, called T7, due to the specificities that involve the transformation of biomethane into liquid, should reach the market in 2025.

The New Holland T7 tractor is powered by liquefied natural gas, has a quieter cabin, 270 horsepower, automation technology developed by Raven and an engine by FPT Industrial, both brands belonging to CNH. It reaches speeds of up to 50 kilometers per hour.

Refueling is like that of a tractor powered by diesel and the tank can store four times more fuel than the T6 tractor, powered by biomethane and presented at the beginning of the year, which gives more autonomy in the field.

The external storage tank is cryogenic and keeps the methane as a liquid at -162ºC, which allows transporting the fuel as diesel for field refueling.

He stated that the model with compressed gas has the same power as a diesel machine, with the advantage of generating 80% less emissions compared to diesel and the limits of European regulations.

“Carbon monoxide emissions are 80% lower and hydrocarbons are reduced by 90%.”

The T4 Electric Power, as the name implies, is the first electric tractor prototype with autonomous capabilities. Also with the New Holland brand, the commercial model will be extended to the Case brand, another one that belongs to CNH.

The equipment, according to the digital and information general director of the group, Marc Kermisch, is ideal for lower power operations, such as cattle and orchards.

The model has 120 horsepower, four-wheel drive and a top speed of 40 kilometers per hour. Carbon emissions, according to the company, are zero. As a comparison, 1.0 vehicles typically have 80 to 120 horsepower.

The batteries allow you to work a whole day in the field, depending on the profile of the rural property, and are recharged in one hour, with quick charging systems.

The equipment has sensors, cameras and controls that allow remote activation through a smartphone application. Installed systems detect and avoid obstacles and keep all functions under control for operators.

“We are excited about this future. We have a great opportunity to drive innovation using this technology,” said CNH Industrial CEO Scott Wine.

According to him, the objective of the new technologies is to simplify and improve operations, with alternative energy solutions.

The two machines are added to the T6 tractor, powered by biomethane and which after five years of testing was presented earlier this year. The fuel is processed from animal waste and agricultural waste, which reduces costs for producers.

Even on account of the fuel, the target public of the model is made up of pig and cattle breeders and sugar and ethanol plants.

At the event around the capital of Arizona, CNH also announced the acquisition of a minority stake in Stout Industrial Technology, focused on implementing artificial intelligence in implements linked to agriculture.

With precision technologies alone, the group estimates that it will close 2022 with revenues of US$ 900 million, with an expectation of growing from 10% to 15% per year over the next three years.

Parag Garg, CNH’s head of digital products, said the technology takes the guesswork out of producers and makes them better able to get better results.

“Farmers continue to reduce their costs and see increased productivity and profitability,” he said.

Facebook
Twitter
Pinterest
WhatsApp
Previous article
Volos: A 13-year-old who reported her father for beating her lived in a “crooked” house
Next article
UNESCO warns of misuse of justice in attacks on freedom of expression