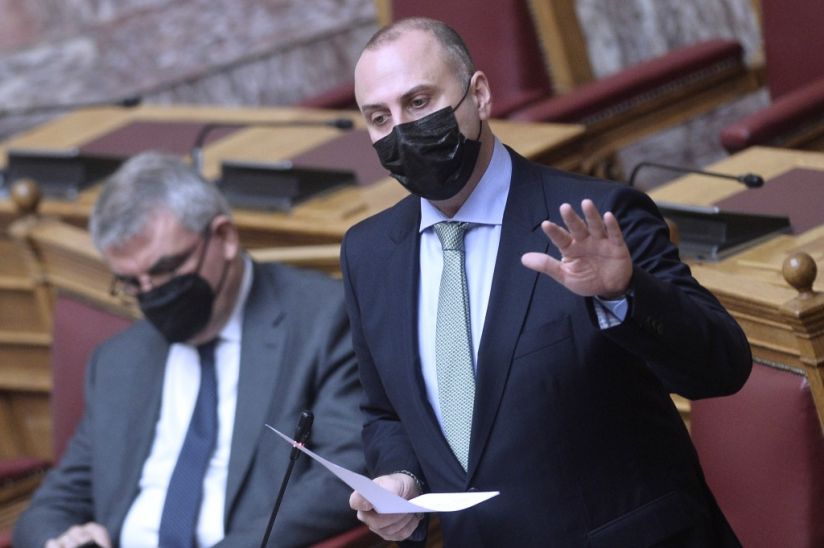 Karagiannis: In 2022 Greece will become a vast construction site

“Greece in 2022 will become a vast construction site”, said the Deputy Minister of Infrastructure and Transport, in charge of Infrastructure, George Karagiannis, in an interview given to the newspaper RealNews. According to Mr. Karagiannis, the large project plan that has been launched, amounting to 13 billion euros, will create about 200,000 new jobs, direct and indirect, while the benefits will be tangible economic, social and environmental.

“We fought a battle with time to overcome chronic pathogens and in 2021 many projects started that were stuck either in tender procedures, or remained for years in drawers with a typical example the Patras – Pyrgos highway in the Peloponnese and VOAK in Crete,” he said. Mr. Karagiannis, stating that the projects that will be auctioned immediately will concern: the Bypass of Chalkida and Psachna, the connection of Kymi Avenue with PATHE, Bralos – Amfissa and Neapoli – Ag. Nikolaos of BOAK, with a total budget of 1 billion euros.

He noted that, by the end of the year, binding bids will be submitted for three large PPP projects amounting to 1 billion euros (Hersonissos – Neapoli of BOAK, Flyover in Thessaloniki and Kalamata – Rizomylos – Pylos – Methoni). Especially for Attica, where half of the country’s population is concentrated, Mr. Karagiannis stressed that “it is time for new projects”, noting that “the last major transport project that was implemented was the Attiki Odos about 20 years ago”. According to the Deputy Minister of Infrastructure, the extensions of Attiki Odos are specific projects that have been methodically worked on for quite some time, while in the coming days the connection of Kymi Avenue with PATHE, a project of 350 million euros, will be auctioned.

“We will continue in the next period with the extensions to Lavrio, Rafina and of course the big project of the Ymittos Regional, with the big tunnel in Ilioupoli that will end in Vouliagmeni Avenue” he underlined and added that the railway projects that started will be important for the Basin. recently and concern the railway connections of the ports of Lavrio and Rafina contained in the large program of new projects of ERGOSE, amounting to 4 billion euros.

He then focused on the projects related to West Attica, emphasizing that: “At the beginning of next year, the Suburb of West Attica will be auctioned with a budget of 100 million euros and funding from the Recovery Fund, a very important project, as it will ensure the railway connection with Athens, the airport El. Venizelos, Piraeus and the rest of the network for the areas of Ano Liossia, Megara, Aspropyrgos, Elefsina and many smaller ones that it penetrates “.

According to the Deputy Minister of Infrastructure: “Piraeus had lagged behind for decades in terms of infrastructure, with the result that we have reached 2021 and the largest port in the country is not connected to the metro. In the summer of 2022, this changes and with the delivery of the stations in Maniatika, Piraeus and the Municipal Theater, 132,000 passengers will be served daily and the number of cars on the roads will be reduced by 23,000 “.

Facebook
Twitter
Pinterest
WhatsApp
Previous article
Why standing up can be good for your body, your metabolism, and your mood
Next article
In an unprecedented feat, NASA probe ‘touches’ the sun