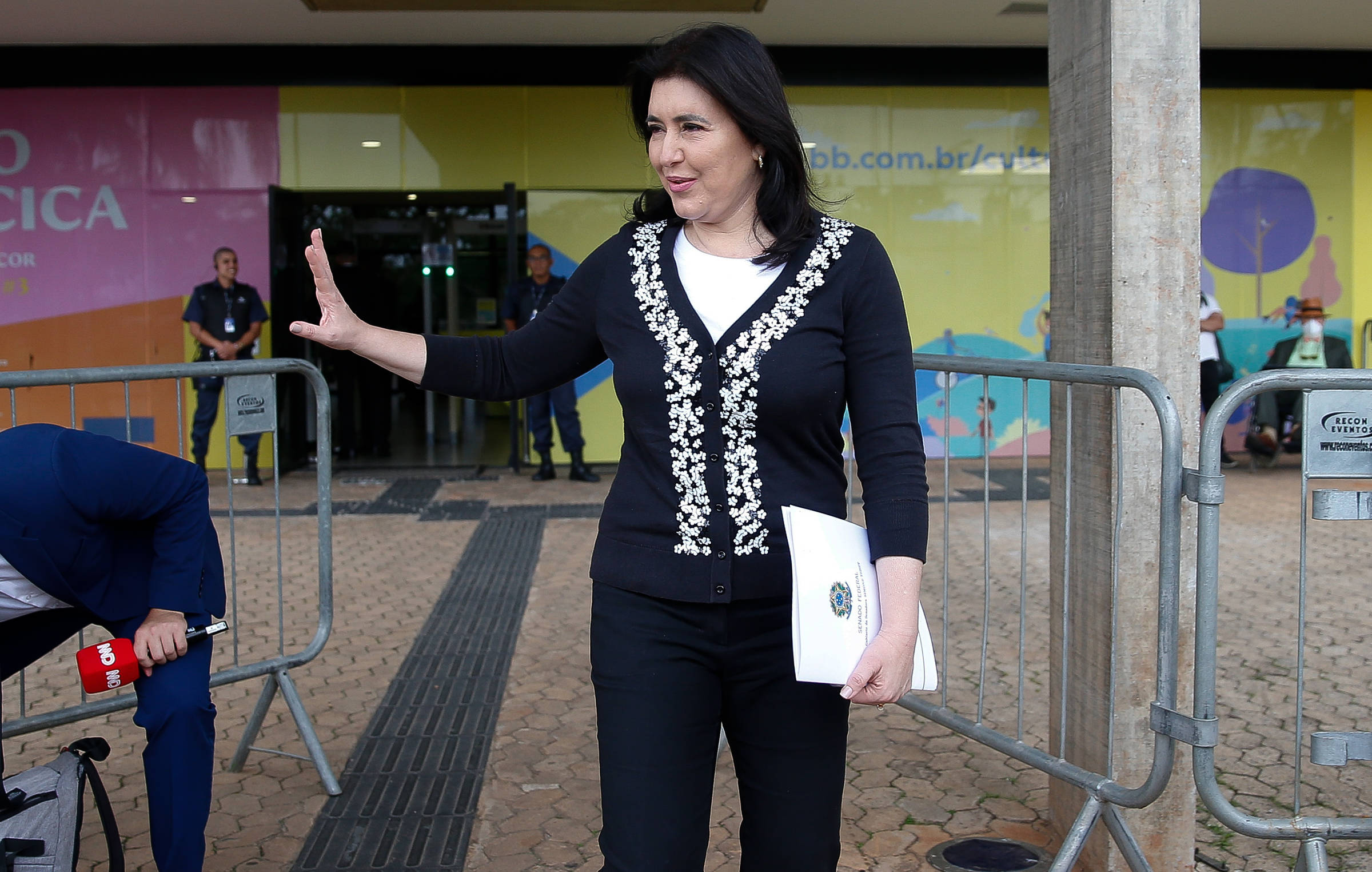 The future Minister of Finance, Fernando Haddad (PT), said on Monday night (26) that he sees no difficulties in an eventual appointment of Simone Tebet (MDB-MS) to the Ministry of Planning and Budget.

As shown by Sheet, her nomination was not well accepted by Haddad behind the scenes, on the grounds that he and Tebet have different views on conducting the economic area. He even talked to members of the MDB and made an appeal for the senator-elect Renan Filho (MDB-AL) to assume the portfolio.

This Monday, the former mayor of São Paulo met with future secretaries at the CCBB (Centro Cultural Banco do Brasil), headquarters of the transitional government, and was asked by the press about Tebet’s profile for the post.

Haddad sought to express that he was not against Tebet’s name and said he had not worked against her appointment to occupy a position in the government.

“I believe that Simone is a very qualified politician, a person who knows how to work in a team”, he stated. “A person who was running for the Presidency of the Republic has a lot of respectability. I don’t see any difficulty with that, quite the contrary. I think he is a person who added during the campaign, just like Marina [Silva, da Rede]🇧🇷

A wing of the PT would have shown discomfort with a possible boost in the Ministry of Planning to meet the alleged demands of Tebet, placing public banks and PPI (Investment Partnerships Program) under the umbrella of the portfolio.

Questioned, Haddad avoided giving an opinion on the possibility of public banks being under the responsibility of Planning. “I didn’t get this information that she asked for public seats,” he said. “I don’t work in that spirit because it gets in the way. Making hypotheses and saying what I agree with and what I disagree with isn’t going to help much.”

The nomination for the Ministry of Planning is still undecided, largely because of the need to accommodate Tebet. Ranked third in the elections, the emedebist supported Luiz Inácio Lula da Silva (PT) in the second round and entered the campaign headlong.

Haddad said that his initial intention was to choose a former state governor to occupy the Planning portfolio, taking into account experience with managing large budgets. He cited the examples of Rui Costa (BA), elected senators Wellington Dias (PT-PI) and Camilo Santana (PT-CE) and Renan Filho (MDB-AL), as well as Jorge Viana (AC).

“I myself probed most of these as possibilities. Rui went to the Civil House, Camilo went to Education, Wellington went to the MDS [Desenvolvimento Social] and the number of former governors who could assume the portfolio became rarer. Then the name of Simone came up, which is being dealt with directly by the president, and we are going to wait this week”, he said.

The senator’s options were being reduced, with the filling of the ministries of Education and Social Development, which were Tebet’s priority. Subsequently, she refused the Ministry of the Environment, which should stay with Marina Silva.

Tebet is now being quoted for Planning, but its allies and the MDB leadership have defended in the negotiations that it be a reinforced portfolio, with public banks and also with the PPI. However, both hypotheses have been facing resistance.

The Civil House, which will be led by Rui Costa, does not give up relying on the PPI. Furthermore, negotiations related to bank presidencies, according to Haddad, have already been forwarded by Lula himself, indicating that the senator would not have the desired control.

Tebet should have a meeting with Lula this Tuesday (27th) to hammer out his participation in the government.

The president-elect would also be personally dealing with the nominations to preside over Banco do Brasil and Caixa Econômica Federal, according to Haddad. “He is personally involved in choosing the chairs of these bodies.”

Haddad also reported that economist André Lara Resende declined the invitation to be Minister of Planning. And that before him Persio Arida had already denied “at the start”.

“Him [Lara Resende] talked to the president and declined, saying he had no intention of participating in government, just like Persio at the start. Both one and the other helped a lot in the transition. You know that I used the technical note prepared by the four, the two plus Nelson Barbosa and Guilherme Mello, to address the PEC negotiations [da Gastança]🇧🇷