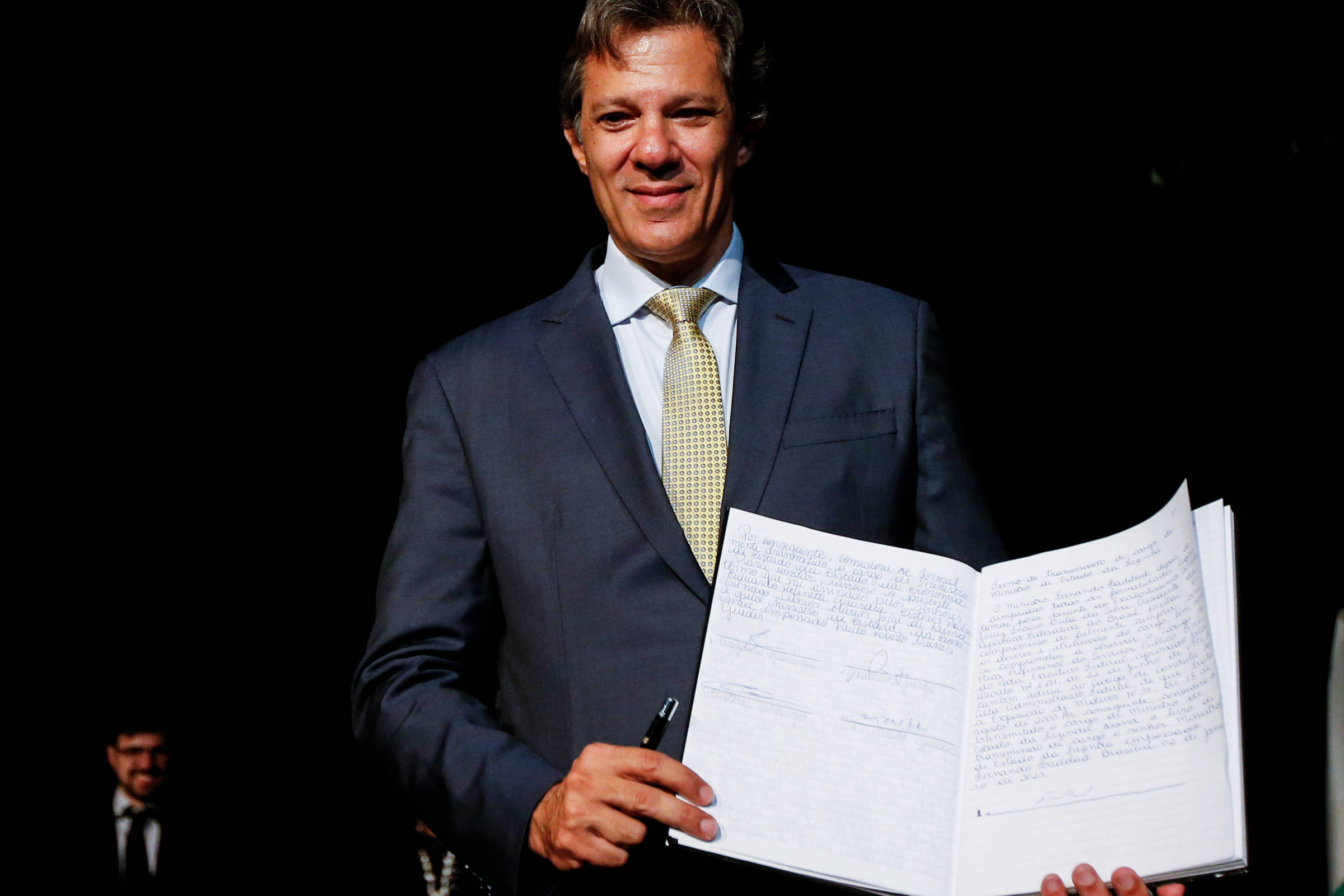 Finance Minister Fernando Haddad (PT) said this Monday (2) that the tax exemptions adopted by the Jair Bolsonaro (PL) government at the end of his term caused an “irrecoverable” loss of up to R$ 15 billion.

In his inauguration speech, the new minister had already criticized the legacy left by whom he classified as “patriots who leave power”.

The new economic team is now working to try to reverse part of the hole. A portion of the measures was revoked, and the impasse is being analyzed even from a legal point of view.

“In light of what happened in the last week of the year, confidence was lacking. The decrees that the [ex-vice-presidente Hamilton] Mourão published, the provisional measures that Mourão published, relieving more than R$ 13 billion, R$ 14 billion of taxes that were lost”, said Haddad to journalists after the inauguration ceremony.

Then he informed a wider margin for the potential loss, in the order of BRL 10 billion to BRL 15 billion. “[Isso] Whereas we imagine today that it is irrecoverable, unless there is a suspension of the measures by the Judiciary.”

The repeal of exemptions by President Luiz Inácio Lula da Silva (PT) is, in practice, an increase in taxes. By law, a reduction in the load can be applied immediately, but the elevation requires a period of time in advance — even if the act is edited in a short period of time, as is the case.

In some cases, there is the so-called ninety, that is, the increase is applied 90 days after the publication of the measure. In others, annual precedence is required: the effects only apply in the year following the edition of the act.

“We have a legal problem to analyze. There are some doubts about the issue of precedence and there is a certainty about the issue of the novena, which is the time you will lose in collection. In any case, the damage is done”, he said.

The damage to public coffers left by the Bolsonaro administration was also criticized by Haddad when he took over the Ministry of Finance. In his inauguration speech, the head of the economic ministry cited the decrees published in the Official Gazette of the Union on December 30. “These are the patriots leaving power,” he snapped.

The minister also pointed out that the measures were adopted by the Bolsonaro government despite the request of Lula’s team for the previous administration to refrain from new actions with fiscal impact.

“If you recall my speech, my speech was: ‘we are asking the Bolsonaro government to refrain from taking any fiscal measure that burdens public coffers in 2023’. After I asked for this, they took four measures”, he said.

Among them is a decree, published on the penultimate day of the mandate, to cut PIS/Cofins paid by large companies on financial revenues, with an impact of R$ 5.8 billion on revenues for the first year of Lula’s new administration.

The text was signed by Mourão, after Bolsonaro left the country before Lula’s inauguration, this Sunday (1st).

The previous government even exempted taxes on aviation kerosene, the transfer price of multinationals (a way of calculating the profit of these companies for tax collection purposes), IOF (Tax on Financial Operations), in addition to the PIS/Cofins of large companies.

Despite criticism of the exemptions promoted by the Bolsonaro government, Lula’s team continued with the exemption of federal taxes on fuel. In one of the PT’s first acts, an MP (provisional measure) extended the benefit until the end of the year for diesel, biodiesel and cooking gas and until the end of February for other products (including gasoline).

Haddad, who initially resisted extending the exemption, worked to try to limit the scope of the measure. The new finance minister is under pressure to improve the gap in public accounts and wanted to recompose government revenue to help with this objective.

According to him, the decision to extend the incentives was taken by Lula due to “the delay in Petrobras’ transition”. The intention is to discuss a joint solution for fuels. As he showed Sheetthe new government wants to analyze the PPI (Import Price Parity), a policy adopted by Petrobras that keeps fuel prices in line with those of the international market.

“What I said is that the president would decide that. [Lula] He asked for the measure to be suspended so that he could make the decision, and his decision was that [faria a prorrogação] while Petrobras’ new board does not take office. He wants to make the decision when the board takes office,” he said.