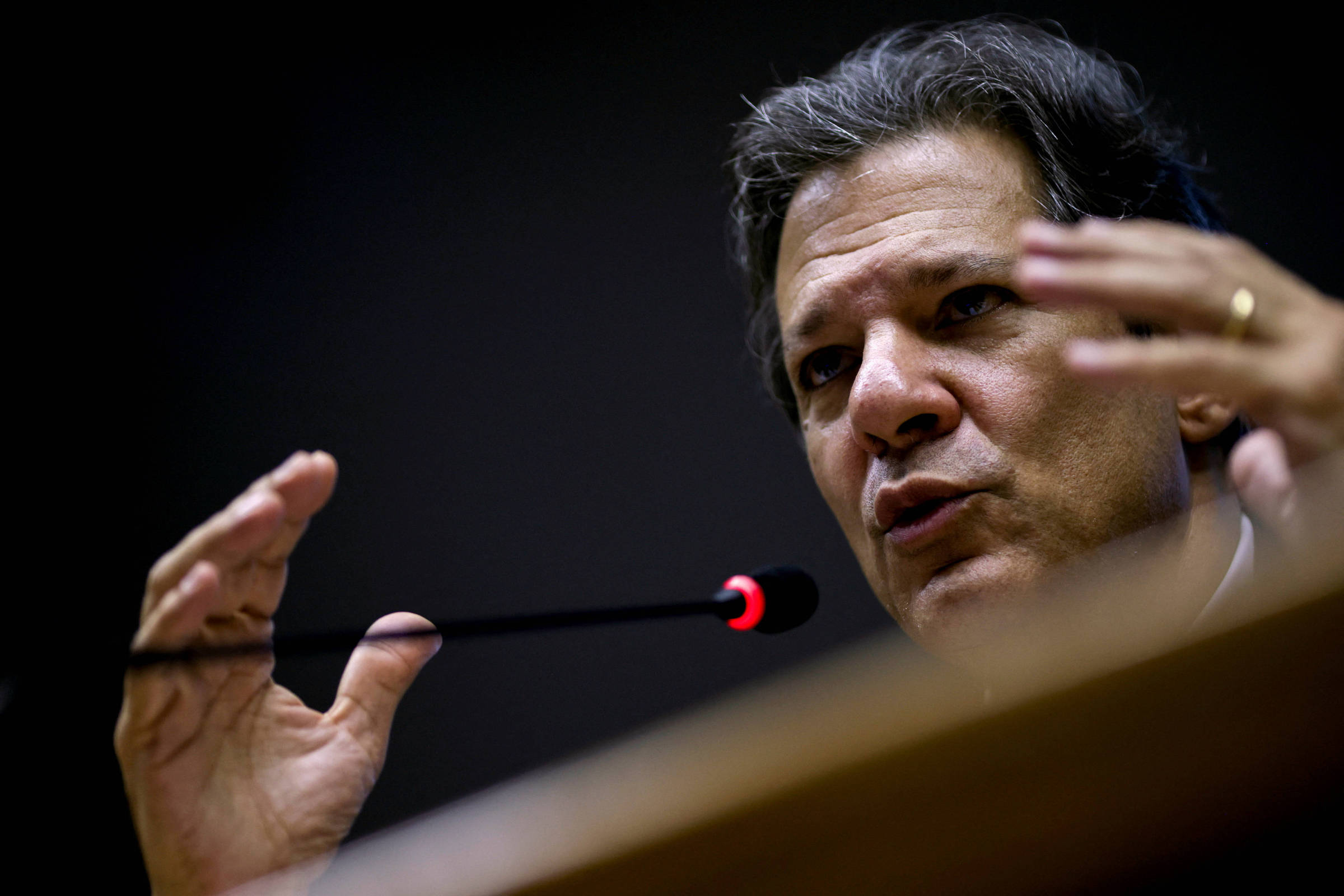 After meeting with Haddad, economists reinforce the urgency of new fiscal rules

The proposals for public accounts presented this Thursday (12) by the Minister of Finance, Fernando Haddad (PT), were well received by economists from large financial institutions invited to a meeting this Friday morning, said two of the participants, after the meeting.

They highlighted, however, the importance of two other measures to increase creditors’ confidence in the Luiz Inácio Lula da Silva government’s ability to control the debt trajectory: new fiscal rules (the so-called fiscal framework) and tax reform.

As shown to Sheeteconomists had already been warning the Treasury about the importance of accelerating the definition of new rules, in order to reduce the political cost of processing the Budget.

At the end of the meeting, Joaquim Levy, chief economist at Banco Safra, said that Haddad reinforced the indications made the day before, in the presentation of the package of measures. “The good news is that they are looking very carefully at the next steps. Tax reform, which is fundamental, and the fiscal framework, looking at spending. I think it was very constructive.”

Former finance minister (during Dilma’s government), Levy claims that the minister’s plans for the coming years provide “a map” of what can be expected from the Brazilian economy and its growth.

According to BTG’s chief economist, Mansueto Almeida, Haddad renewed his promise to deliver new fiscal rules in the first half of this year —the PEC (proposed amendment to the Constitution) that raised the allowance for spending beyond the ceiling sets the end of August.

Mansueto, who was Treasury Secretary during the Bolsonaro government, also said he considered the prospects for advancing the tax reform to be positive. “We already have the proposal from PEC 110 and PEC 145, there is a person who understands a lot about tax reform, which is Bernard Appy. I think that, faster than we expected, there will be a proposal for tax reform that will be taken to Congress”, he says.

According to economists, the market received the measures announced on Thursday very well.

“It seems that we are on the way to a primary deficit of around R$ 100 billion. We need to wait for some measures that need to be approved by Congress: the re-encumbrance of gasoline, which should return at some point”, says Mansueto.

According to him, the fiscal package, the new rules for public accounts and the tax reform will be important to reduce the Brazil risk —which reduces the interest charged by creditors.

The invitation was made by telephone by the minister to each of the economists. The meeting, which can be seen as an attempt to win over the market, takes place the day after the announcement of fiscal measures that, according to the figures presented by the minister, could transform a deficit of 2.16% of GDP into a surplus of 0. 1%.

Also participating in the meeting were the executive secretary of the Ministry of Finance, Gabriel Galípolo, and economists Bruno Funchal, from Bradesco Asset, Daniel Cunha Nascimento Silva and Marcos Azer Maluf, from Necton, and Mauricio Oreng, from Santander.

Name given to the set of principles and formal rules that seek the stability of public accounts. The spending ceiling is an example of a fiscal framework, which sought to limit primary expenditures to the same amount as in the previous year corrected for inflation.

In accounting, it’s when expenses exceed revenues, the opposite of balance. In the case of the public deficit, when government spending is greater than revenue. Understand what a primary deficit is in the item ‘Primary result’, just below.

Debt contracted whenever the government spends more than it collects, that is, when taxes and other revenues cannot cover expenses. In order to meet the needs of public services, the government resorts to financiers, such as individuals, companies and banks.

Indicator of the State’s financial health, consisting of the difference between revenues from the collection of taxes and fees, for example, and expenses to maintain the public machine and the provision of services to society, not including financial expenses with the payment of interest on the public debt. When revenue exceeds expenditure, the result is called a primary surplus, when expenditure is greater than revenue, there is a primary deficit.

Why is the surplus important?

The positive difference between income and expenditure is considered a good indicator of the economic health of a country. With more revenue than spent, the government guarantees resources to pay interest on the public debt.

In a deficit scenario, the opposite occurs. Creditors charge more to finance government debt, which can generate a snowball effect of public debt.

Why do investors care so much about the fiscal agenda?

If a government does not present a fiscal plan to contain public debt, the tendency is for creditors to charge more to borrow money.

With no prospect of growth, investors are less motivated to invest in companies and projects in the country.

What does the fiscal agenda have to do with a country’s outlook?

As stated earlier, if a country is seen as fiscally irresponsible, interest rates tend to rise. The currency also tends to devalue, which increases the risk of extra inflation. This scenario harms economic growth and, consequently, the supply of jobs.