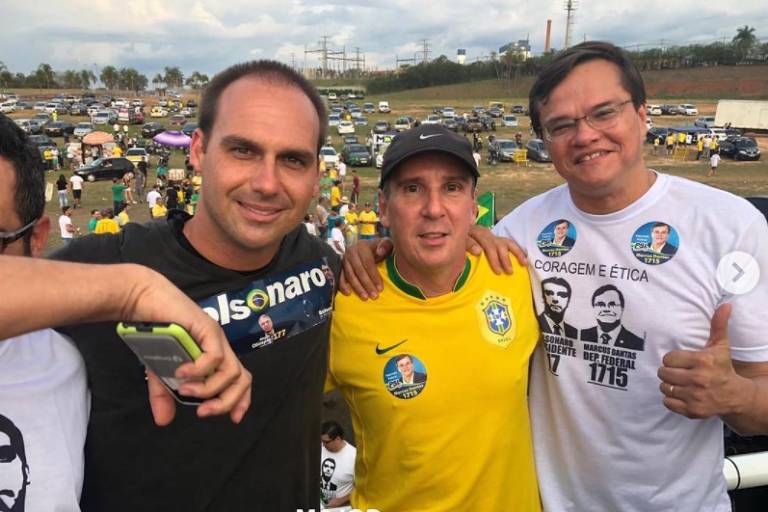 The government of Luiz Inácio Lula da Silva (PT) is considering changing the legislation that defines the rules of the Correction System of the Executive Branch to pressure the Federal Revenue inspector, considered a Bolsonarist, to hand over his position.

The current norms were lowered by a decree by Lula in 2005, which delegated to the CGU (Controladoria-Geral da União) the power over the activity of controlling federal public administration bodies.

Now, legal opinions commissioned by the new board of Revenue analyze the possibility that President Lula may, by changing the law that guides the internal affairs departments, pave the way for the replacement of the internal affairs chief, auditor João José Tafner, whose mandate expires in February 2025 .

Considered a Bolsonarist by the current government and colleagues in the tax authorities, Tafner participated in pro-Bolsonaro campaign acts in 2018 and even posed for photos alongside the then candidate for deputy Eduardo Bolsonaro (then PSL-SP), wearing a Brazilian national team shirt and a sticker another candidate from the PSL, the party for which the president was elected.

His name is also mentioned by members of the economic team as being linked to Senator Flávio Bolsonaro, who called the internal affairs department in the past on suspicion that auditors had improperly searched his information in the so-called “case of the cracks”. They were later cleared.

The magistrate, however, told friends that he has no relationship with the Bolsonaro clan and that, at different times, he posed for a photo next to Eduardo because the parliamentarian attended an event promoted by the union of auditors.

He belittles the episode by saying that everyone in Brasília has a photo with a politician and that this does not mean party or ideological ties.

At the CGU, now commanded by Vinicius Carvalho, a PT technical staff, the subject is treated with reservation. There are those who argue that it is not possible to change the current mandates, even with the change in the law, and those who see loopholes for this to happen – a predominant position in the current command of the Revenue.

Conversations with Tafner, a career auditor about to retire, have been at a standstill since his father’s death about a week ago.

So far, the Secretary of Revenue, Robinson Barreirinhas, has not received any indication that the Corregidor is willing to hand over the position, which would solve the problem for the current management.

Interlocutors of the corregidor claim that he has no such intention and that, in the next conversations with Barreirinhas, he will try to convince him that he is not a Bolsonarist.

If he realizes that his replacement has political connotations and that the government wants the position, he will only agree to end the mandate in favor of his deputy or another employee of the control body.

Still according to reports, the names of possible quotes, such as Luiz Fernando Nunes Teixeira —Deputy Secretary of the Revenue until November 2019, in the management of Jair Bolsonaro— will not lead Tafner to give in to pressure, although he has been expressing that he does not want to create problems before his retirement.

People close to Tafner also say that, in his defense, he will say that Barreirinhas has already chosen people linked to Bolsonaro for command positions in the tax authorities.

The deputy secretary, Adriana Rego, was chosen by Bolsonaro’s then Minister of Economy, Paulo Guedes, to head Carf, the council that judges taxpayer appeals. Afterwards, she went to work at the Civil House, the heart of the government.

Cláudia Pimentel, appointed undersecretary of taxation, is the wife of João Paulo Fachada, Marcos Cintra’s number two, first secretary of Revenue for Jair Bolsonaro and one of the intellectual mentors of his government plan during the 2018 campaign. the tax area.

Right at the beginning of his term, the Minister of Finance, Fernando Haddad (PT), already adjusted rules of the Correction System of the Executive Power to reduce the term of office of the Federal Revenue inspector from three to two years.

The justification given by the ministry was the need to harmonize the term of office of the Treasury Inspector with that of his counterparts in the federal public administration, in which three consecutive terms of two years are allowed. In the Revenue, the only exception, there were up to two terms of three years each.

The change in the length of terms, however, does not apply to Tafner’s term, which is in his first three-year term.

Facebook
Twitter
Pinterest
WhatsApp
Previous article
BNDES will have a program to finance exports, says Alckmin at Fiesp
Next article
Staikouras: “In the unstable global environment, Greece has succeeded”