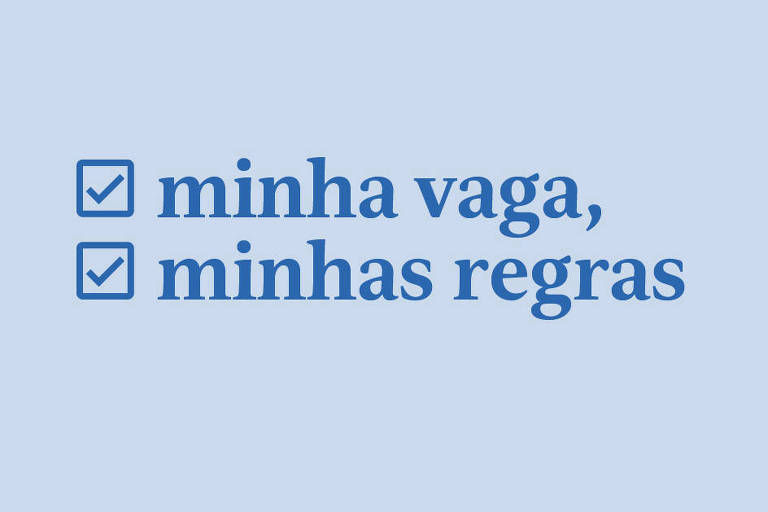 Can you have a cool career without a degree? Listen to the My Vacancy, My Rules podcast

Can you have a successful career without having a college degree? The sixth episode of the Minha Vaga, Minhas Regras podcast, produced by Folha with Linkedin, shows that it is.

To do so, it tells the stories of sales executive Luan Arakaki, 31, video editor Gabriel Diniz, 26, and Venezuelan Hannah Castillo Nunes, who lives in Florianópolis and works in the customer service area of ​​a digital marketing company.

None of them completed graduation, but they managed to impress recruiters and clients with the experiences they acquired throughout their personal and professional lives. Listen to the episode below:

“I like to make it clear that not having a degree doesn’t mean studying less,” says Arakaki. “You don’t study less. You just have one other trail of knowledge that is made outside of an academic environment.”

For Castillo, college “helps a lot”, but if the person “really has this vocation and if the profession he chooses really needs this title”. She came to study medicine in her native country, but dropped out of the course — which was more her parents’ wish than hers.

“The phrase that life is school is a very big truth for who I have become today professionally”, says Diniz.

To delve deeper into the matter, the episode also features an interview with Isis Borge, associate director at the Talenses recruitment and selection company. In the conversation, she talks about recruiting people based on skills and behavioral traits – a rising trend, she says, that puts the university where the candidate graduated in second place.

“I see many advantages [nesse tipo de processo seletivo]”, says Isis. “We even have that common expression we hear in the market, that companies hire for technical skills and fire for behavioral ones. And I strongly believe that we should hire people for their potential and for their behavioral skills. Often, people learn by doing.”

The first episode of Minha Vaga, Minhas Regras was released on November 9 of last year and deals with the myths and truths that candidates face when it comes to getting a job. The second addresses the anguish of unemployment and mental health at work.

The third offers tips on what Gen Z youths can count on in job interviews to get around their lack of professional experience. The fourth talks about the importance of having trans people by your side at work.

The fifth, on the other hand, gives tips on how to escape the sameness of the traditional resume and be creative when presenting yourself in job interviews.

The presentation and script of the podcast are by journalist Bruno B. Soraggi, who since 2013 has been a reporter for leaf​, with passages in Guia Folha, Sãopaulo magazine and Mônica Bergamo column.

He is accompanied by the senior editor of LinkedIn News, Claudia Gasparini. She has been working since 2018 with the creation and curation of news and analysis about the job market on LinkedIn, which today has 51 million users in Brazil.

The sound editing is by Luan Alencar.

The podcast can be listened to on Spotify, Deezer, Apple Podcasts, Google Podcasts and other apps. Episodes air every 15 days on Tuesdays.

My Vacancy, My Rules
When biweekly on tuesdays
Where on major podcast platforms

Facebook
Twitter
Pinterest
WhatsApp
Previous article
Britain: Lifting all measures against Covid on the table from March
Next article
Irving: “I am not going to change my attitude about the vaccine because Durand was injured”