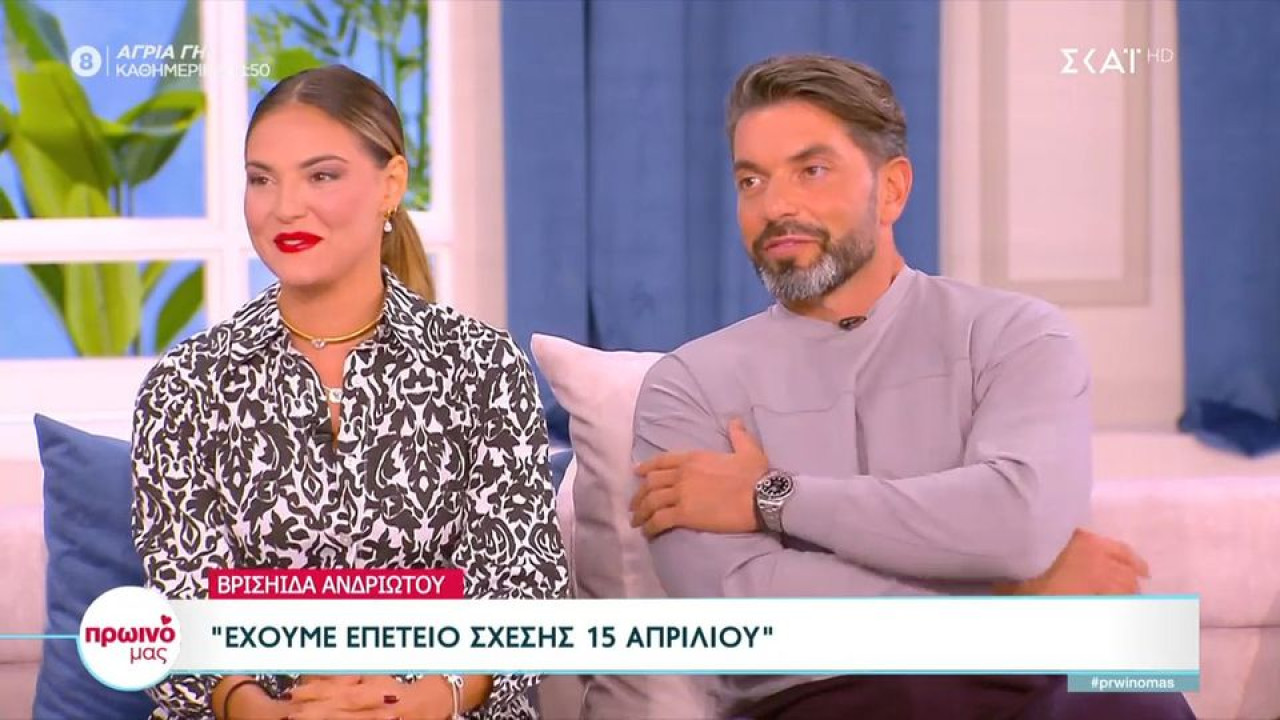 Martikas-Vrisiidas relationship is getting serious: “We live at his parents’ house”

As the couple stated while speaking on the show “Our Morning” with Fai Skordas, they live temporarily in the house of the parents of the former Survivor player

The love between him Spyros Martikas and Vrisidas Andriotou seems to be developing into a serious relationship.

As the couple stated speaking on the show “Our morning” with Fai Skordaslive in the former Survivor player’s parents’ house.

They are staying there temporarily until the renovation of their own house is completed, as Brisida mentioned

Spyros’ parents, as he said, live in Kalymnos and they visited them to meet Brisida.

They also reported that they have been together since April 14 and the Survivor reunion party. “We also had a few fights in the game and besides I left ten days early but that didn’t deter us”, added Vrisida.

At the same time Spyros revealed that the first “skid” in their love was the rain that was pouring down at the union party and Briseis came and lay on top of him.

Speaking about it, she said: “Due to weather conditions, the party took place the next day. We waited for the rain to stop for 3-4 hours we sat in a shed all together. Eurydiki, who was my best friend in the game, had also left, so I felt more secure with Spyros, so I could go lie down and put on a jacket he found over there. I felt safe that if I sleep he won’t let anyone disturb me”