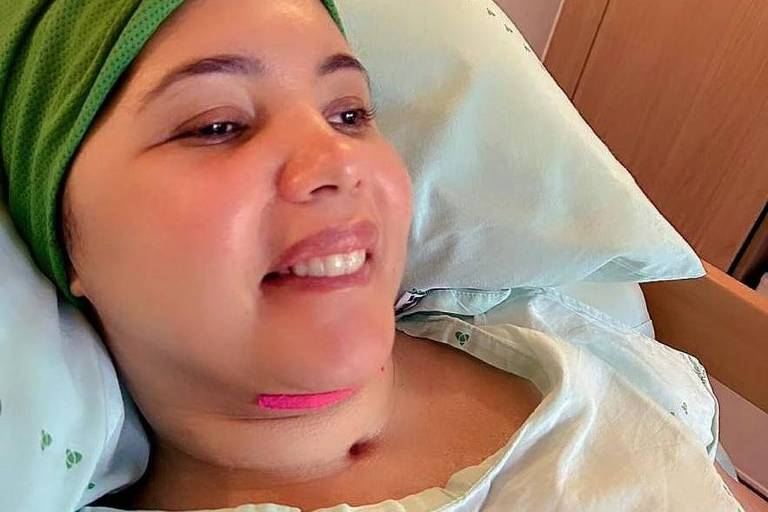 After 642 days in hospital after a car accident, gospel singer Amanda Wanessa was released from Hospital Real Português and is now at the Florence rehabilitation clinic in Recife. The news was celebrated on her social media.

“We have no words to express what all of us, family, friends, feel. This photo of Amandinha smiling is from today! We publish it with great affection to register the miracle. It is the portrait of God’s grace. Hallelujah”, he celebrated.

The artist had been admitted to the hospital on January 4, 2021. “We have never stopped believing. And we will remain firm. We still have a long way to go”, says another excerpt from the post.

Amanda was driving a car in Rio Formoso, in the Zona da Mata of Pernambuco, and was with her daughter, Mel, 6, her father, Odilton, and a friend, singer Juciara Pimentel. After suffering a serious accident in a crash that involved two trucks, the four were taken to the Rio Formoso Hospital.

The child underwent arm surgery, but was discharged days later. Singer Juciara Pimentel, who suffered fractures in her wrists and fingers, underwent surgery and was quickly discharged. The singer’s father had only minor injuries.

The driver of one of the trucks was taken to the police station for clarification. The other fled the scene.

Facebook
Twitter
Pinterest
WhatsApp
Previous article
Eastern Mediterranean and Libya at the center of the meeting of Nikos Dendias with the Egyptian Foreign Minister Soukry
Next article
Dendias from Egypt: Turkey is trying to take advantage of the turbulent situation in Libya