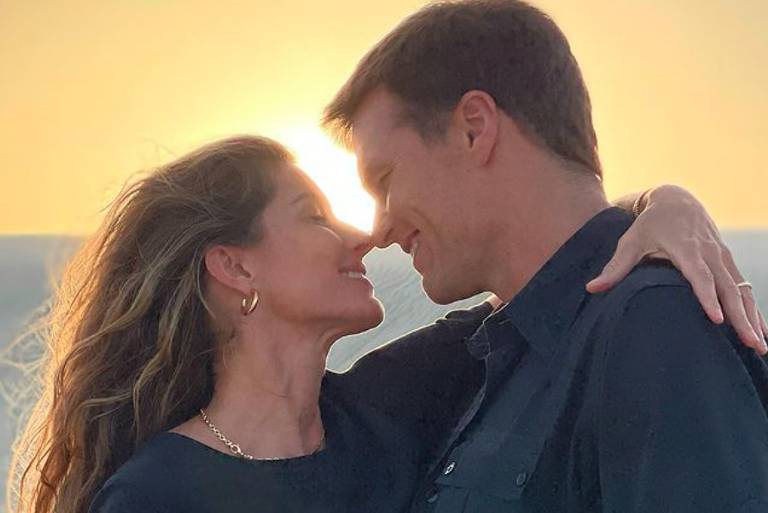 Supermodel Gisele Bündchen, 42, is trying to feel better amid rumors of a marital crisis with husband Tom Brady, 45. She was seen wearing a prayer necklace on a visit to a spiritual healer last Friday. ).

The Brazilian model and the healer wore similar beaded necklaces during the visit, which ended with Bündchen getting into her car while talking on her cell phone. Gisele believes in the power of healing through natural and healthy alternatives or complements to Western medicine.

Gisele is living in Miami while Brady plays another NFL season in Tampa. This Monday (10), the player shared a photo on Instagram stories with his eldest son, John, 15, from his relationship with Bridget Moyanahan.

“Great win and perfect night,” Brady wrote in the caption of the photo that shows the two fishing together. He has two more children with Gisele: Benjamin, 12, and Vivian, 9.

Gisele and Brady have been facing a marital crisis since the beginning of September and have been living separately for more than a month. According to the North American website Page Six, the couple would have hired lawyers to start the divorce proceedings.

The couple will likely file for divorce in Florida, in the United States, where they live. The estimated property equity of the two together is around US$ 26 million, which is equivalent to approximately R$ 134 million at the current price.