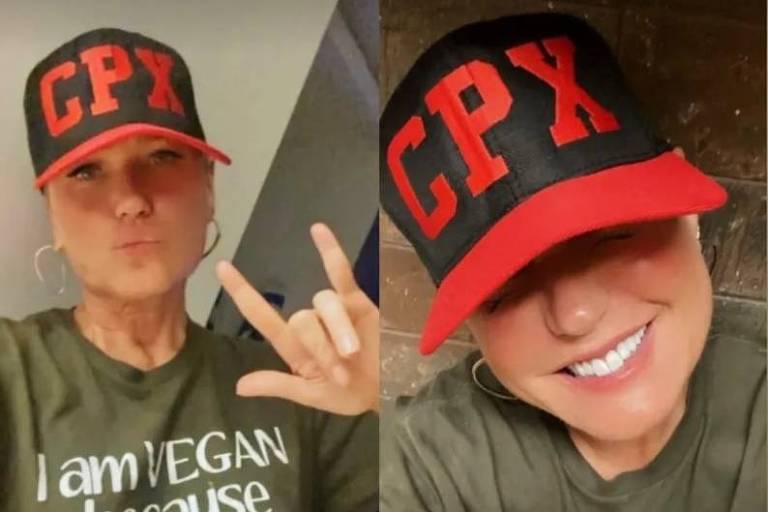 Xuxa Meneghel appeared on Instagram Stories, this Friday (21), with the fake news cap worn by Luís Inácio Lula da Silva (PT) during a visit to Complexo do Alemão, in Rio, on the holiday of Our Lady of Aparecida, October 12. Profiles of supporters of Jair Bolsonaro (PT) even disclosed that the acronym stamped on the accessory, CPX, would refer to a criminal faction that operates in the set of favelas in the North Zone of Rio. Lula and Bolsonaro dispute the second round of the 2022 presidential elections on the 30th.

“CPX = Complex, used to define a set of communities. Example: Complexo do Alemão and Complexo da Maré”, wrote Xuxa. “WANT A CPX CAP? By donating a basic basket worth R$150.00 or more, you help the Complexo and still win the cap of the moment! she, who made a point of praising the initiative of community leader Rene Silva and thanking him for the gift: “I loved it. Thank you”.

Rene was born and raised in Morro do Adeus, one of the communities in Complexo do Alemão. Journalist and activist, he created the NGO Voz das Comunidades in 2005 and the project decided to encourage the donation of basic food baskets to vulnerable families in the favelas of the North Zone. The donor receives a cap with the acronym CPX. In addition to Xuxa, Felipe Neto, Caio Blat and Tico Santa Cruz made a point of showing off their hats on the nets.

CPX is used by residents and official bodies to refer to regions of Rio de Janeiro that have a group of favelas. CPX Alemão (Complexo do Alemão), CPX Penha (Complexo da Penha), CPX Maré (Complexo da Maré) CPX Salgueiro (Complexo do Salgueiro) are some of the examples. The acronym has already been mentioned by the official profile of the Military Police of the state of Rio de Janeiro and appears in the summary of the State Government’s Budget Guidelines Law for 2023.