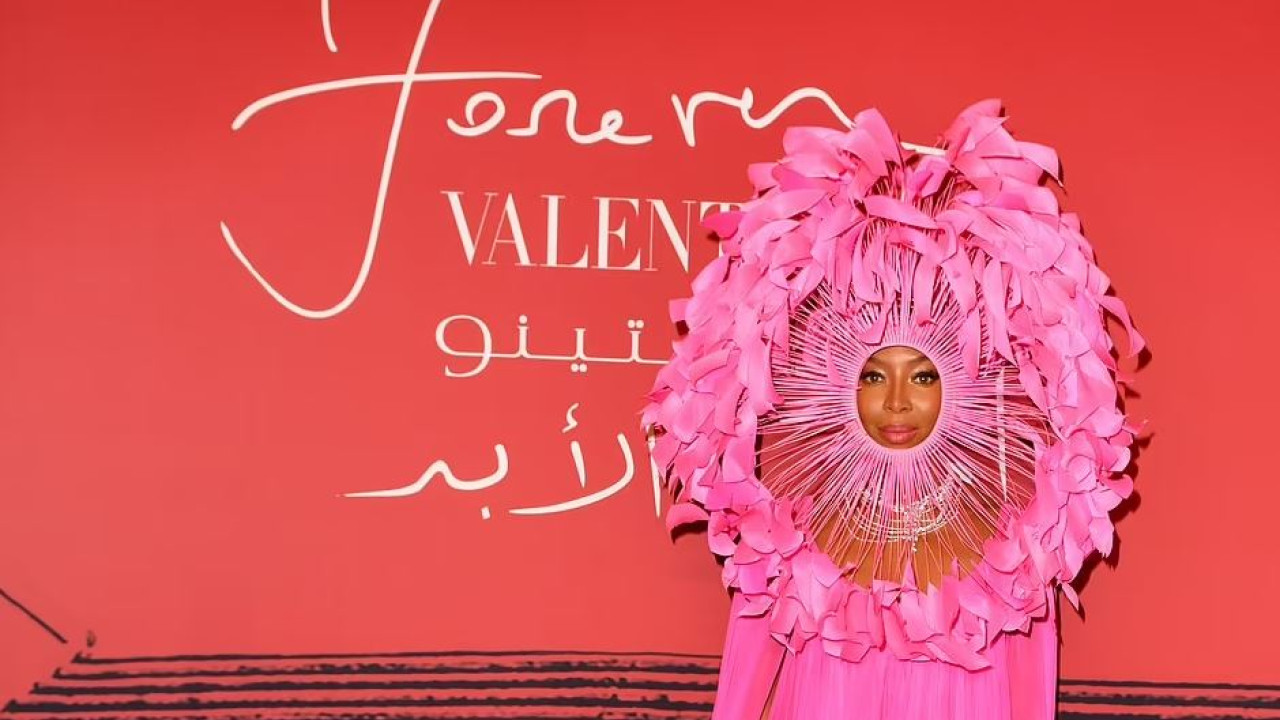 The event comes just weeks before the World Cup in Qatar, with the country facing growing criticism over its treatment of women, migrant workers and LGBTI people

Naomi Campbell drew attention as he attended the opening of the exhibition “Forever – Valentino”held at the M7 Art Center in Doha, Qatar, on Thursday night.

The 52-year-old supermodel wore a pink dress and an elaborate but unusual hat with ribbons as she walked the red carpet in the Middle Eastern country.

The event comes just weeks before the Qatar World Cup, with the country facing growing criticism over its treatment of women, migrant workers and LGBTI+ people.

Some workers claim they were not paid, or if they were, the payments were minimal and long overdue. A Daily Mirror investigation in 2019 found that 28,000 workers were paid around $1 an hour for a 48-hour week.

Most aggravatingly, the Wall Street Journal reported in 2015 that more than 1,200 workers died while building infrastructure for the tournament. Last year, the Guardian reported that the number was closer to 6,500.

In March, FIFA president Gianni Infantino argued that Qatar was progressive on labor rights: “I am pleased to see the strong commitment of the Qatari authorities to ensure that the reforms are fully implemented across the labor market, leaving a lasting legacy of the FIFA World Cup long after the event and benefiting migrant workers in the host country in the long term.”