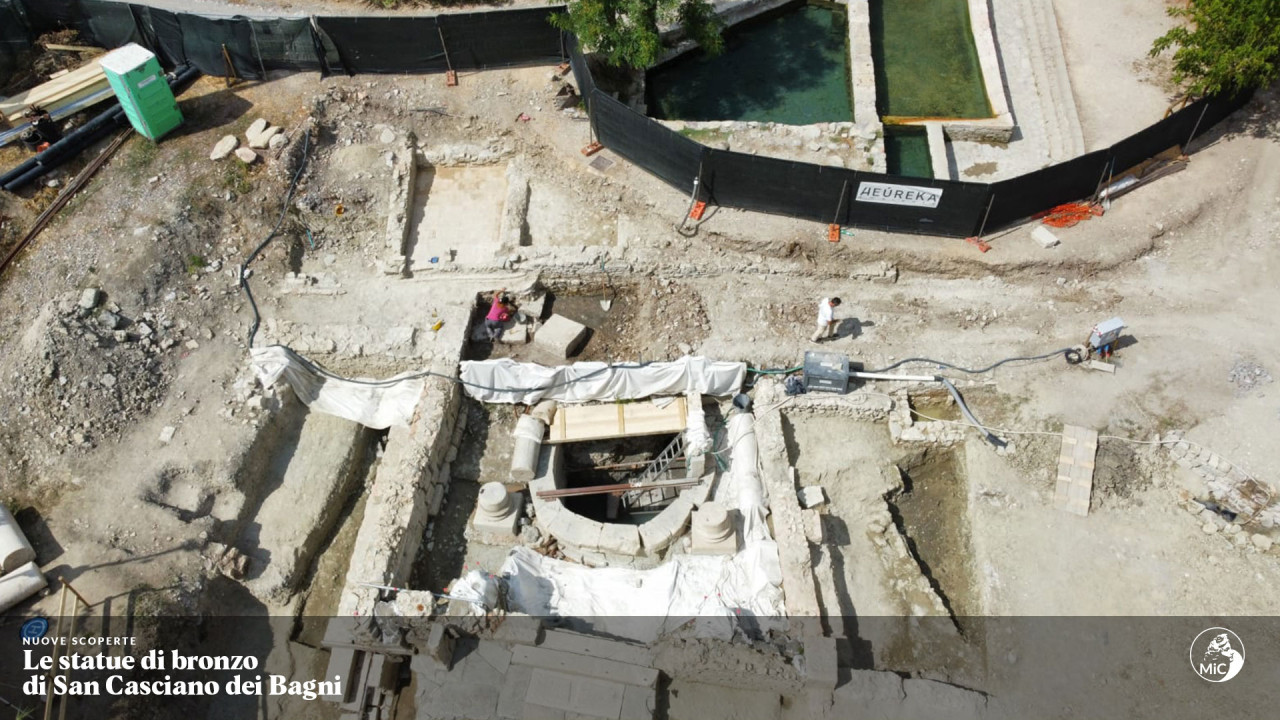 “It is the most important archaeological discovery since the time of the warriors of Riace”, say the Italian archaeologists

Archaeological discovery of incalculable value took place in Tuscany, central Italy. These are 24 bronze Roman and Etruscan statues, thousands of gold coins, inscriptions and votive objects. Excavations were carried out in the area San Cassiano dei Bani. Five of the 24 statues are about one meter high and have been preserved in excellent condition.

“This is a discovery of historical importance,” archaeologist Iacbo Tampoli, who is in charge of the excavation program and a professor at the University of Siena, told the Italian news agency Ansa. According to the Italian media, this is the most important archaeological discovery of the last 50 years, since they were discovered in the Ionian the Greek statues of the Warriors of Riace. “This success confirms that our country contains unique and precious treasures,” said Italian Culture Minister Gennaro Sangiuliano.

The statues, according to experts, date from the second century BC to the first century AD. They were placed in a sacred place of worship with hot, bubbling waters, which remained open until the fifth century AD.

All the finds are very likely to have been made in the Tuscany area. They were “orders” of wealthy families, which belonged to the Etruscan and then to the Roman society. The Italian archaeologists even underline that in this particular region, these two cultures managed to coexist peacefully for many centuries and the Etruscan language “survived” for a longer time, than in any other region of Italy.

In the coming months, the important work of conserving all the finds will begin, with the collaboration of Italian and foreign universities and the supervision of the Ministry of Culture in Rome.

Facebook
Twitter
Pinterest
WhatsApp
Previous article
“Neighborhoods on a plate”: Premiere on SKAI on Sunday, November 20
Next article
Bear crawl: The exercise you should do if you want to exercise your whole body