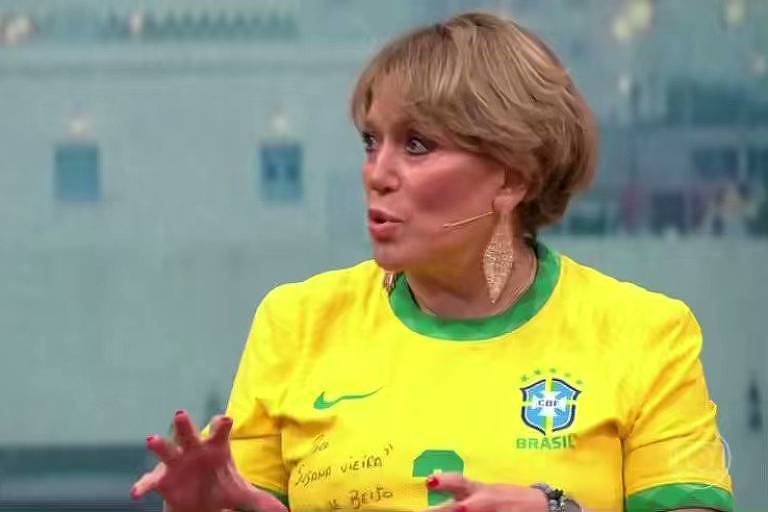 Actress Susana Vieira, 80, was invited to participate in the Central da Copa program on Tuesday night (22nd), and presented the attraction alongside Jojo Todynho, Alex Escobar and Fred Guedes. Although the subject of the attraction was the World Cup, the artist drew attention on social networks and generated several comments about her lines.

The veteran already started by saying that she found the former Argentine player Maradona “gross” and the king of football Pelé “dirty”. “Do you understand when I talk about dirt? It’s those carts, that nowadays we know so much. Nowadays we play a much more polite football”, she concluded.

At a certain point in the program, Jojo Todynho questioned the presenters about the rules of an offside and what causes it. Then, Susana fired: “I was going to ask you that, because as I thought you already knew everything, I thought it was better not to embarrass you”.

During a segment called Random Cup, Susana also confused the player Fred’s team and even said that she was “hitting on” the athlete. “I almost got punched by Fred, but that’s because I was hitting on him. I thought he was Flamengo”, said the artist about the Fluminense player.

At the end of the attraction, she even started to give hints on the decoration of the Central da Copa studio, and suggested that Persian rugs and cushions be placed on the floor. But what drew attention was an unusual request for a hookah. “Could have a hookah, don’t you think?”, she asked Escobar.

In addition to the comments, the actress’s look also drew attention on the networks. Dubbed the “fan kit” by netizens, Susana wore black pants with holes along the leg, a Brazilian national team shirt and a sequined hat in green, yellow and blue.

Facebook
Twitter
Pinterest
WhatsApp
Previous article
Hopes are fading for survivors in Indonesia, while 40 people are still missing
Next article
European Parliament: With a resolution it characterized Russia as a “state sponsor of terrorism”