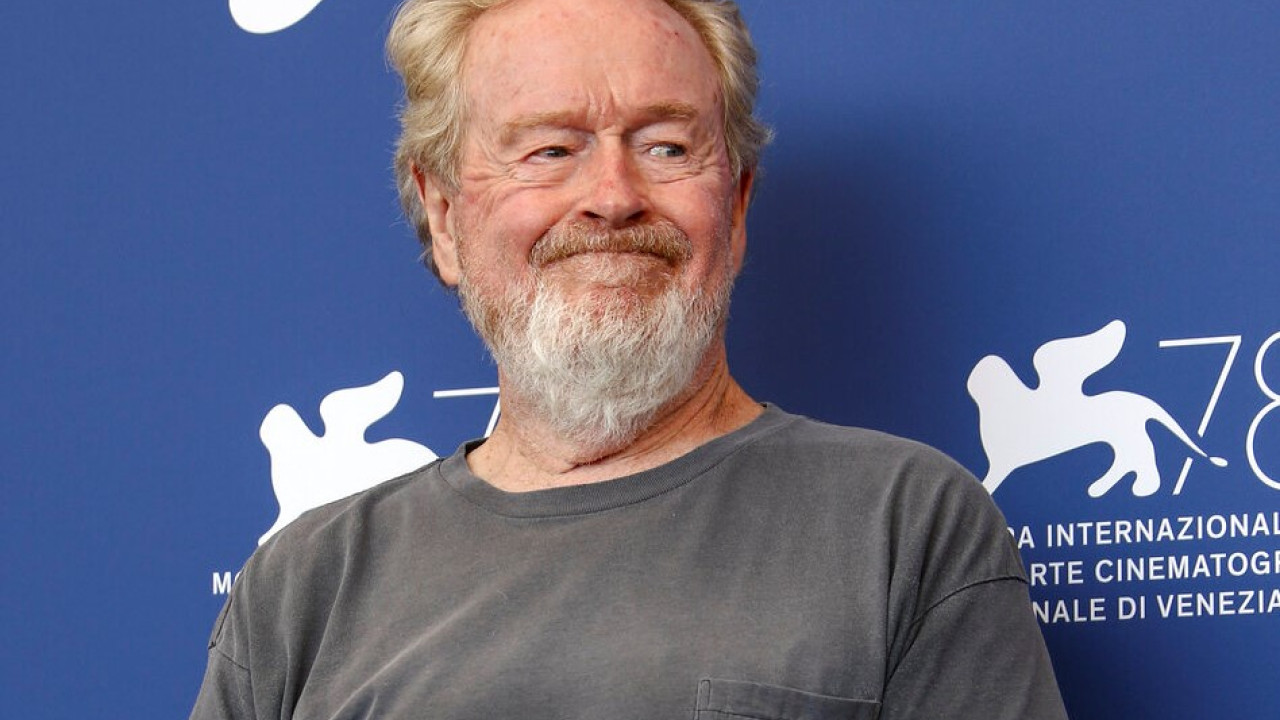 In his 45 years of career in cinema, he can be classified among the “uneven directors”, as there are many times he disappointed audiences and critics.

One of the most important directors alive remains Ridley Scott. The British director, having iconic films to his credit, remains unstoppable. With fans all over the world, who will rush to see what he does, even movies that don’t live up to his talent, his reputation, his glorious past, he is still at the cutting edge of cinema and one of the most hot Hollywood names.

In his 45 years of career in cinema, he can be classified among the “uneven directors”, as there are many times he disappointed audiences and critics.

The reason, for these artistic and qualitative ups and downs in his rich career, is probably hidden, in the change of times, with the entry into the film studios of technocrats, accountants, otherworldly business pursuits, especially after the 80s.

In addition, Scott, despite his huge successes, has not managed to impose himself on this whole class, to put his own views above every film project. His compromises often led him to artistic failure, although he almost always left his own personal mark. Of course, it is no coincidence that he has not yet won the Oscar for Director, despite being nominated for it three times, while in Britain he has received all the honors.

Ridley Scott turns 85 in a few days and continues to look prosperous. Last year alone, he made two films, the remarkable knightly adventure The Last Duel and the mediocre biographical drama The House of Gucci, while he continues to plot his next steps.

Ridley Scott was born on November 30, 1937 in England, specifically, in South Shields. Although he was born two years before World War II, he did not have a difficult childhood, although his military father was almost always absent from home. His father’s uncle and brother, Dixon Scott, will open a chain of cinemas in which little Ridley was introduced from his birth years. In fact, his younger brother Tony Scott became a successful director, known from the adventures “Top Gun” and “Crimson Tide”, but he died prematurely, by suicide, on August 19, 2012, for reasons that were not known, despite all speculations .

The Royal College and Kubrick

He studied at the Royal College of Art in London, helping to establish a film department. However, his interest in science fiction, a genre that took off with his famous films “Alien” and “Blade Runner”, would begin as a child. Reading stories and watching movies. But where he will make the decision to become a director and make science fiction films, it was after seeing Stanley Kubrick’s classic masterpiece film “2001: A Space Odyssey”.

In the same year, Ridley Scott, together with his brother Tony, founded the film production company Ridley Scott Associates. With partners Alan Parker, later an important director (“Mississippi is Burning”) and the cinematographer Hugh Johnson, he will start producing commercials, including one for a bread whose nostalgic charm captured the public’s imagination and some 40 years later it was voted the UK’s favorite ad. Other successful commercials will follow, while the collaboration with Chanel will give the two brothers the opportunity to shoot mini-films of “surreal fantasy and seduction”.

In 1977 he will make his film debut with the historical drama The Gladiators, shot in Europe and nominated for the grand prize at the Cannes Film Festival, but ultimately narrowed down to that of a first-time director. A film special for its artistic direction, inspired by “Barry Lyndon” – Kubrick again – and starring Harvey Keitel and Keith Carradine.

Two years later, he will shoot the excellent sci-fi horror film “Alien”, where Scott bares his teeth and the alien creature, which invades a spaceship, his claws to the wonderful protagonists Sigourney Weaver, Tom Skerritt, John Hurt and Harry Dean Stanton. A film that surprised thousands of people around the world, but was conspicuously ignored at the Oscars.

The masterpiece of his life

The 80s will be marked by the unrepeatable sci-fi thriller “Blade Runner”, shot in 1982 with Harrison Ford giving the performance of his life.

The combination of science fiction with film noir, the dark wet scenes, his incredible shots, with their majestic geometry (a key feature of Scott), the inspired editing, the unrepeatable photography and the unforgettable music composition of our own Vangelis Papathanasiou , will make Blade Runner an iconic film, changing cinematic futurism forever. However, the film’s landmark film would become an obstacle for Scott’s future, as the bar was set so high that it was almost impossible to surpass it with anything he did next.

Thus, Ridley Scott, although there were not a few times when he demonstrated his directorial talent, the perfection of art direction, he could never surpass his own work, fly over or next to Rick Deckard’s space vehicle. The compromises, the “no’s” he didn’t say, the degradation of any of his ideological principles, will make him sign ideologically wretched films like the warmongering “Black Hawk Down”, a well-made film, however, for which he was nominated for the Oscar for directing .

As it was for the interesting enough feminist drama Thelma and Louise, with Susan Sarandon and Geena Davis, and the masterfully shot thriller Hannibal, a sequel to The Silence of the Lambs, with Anthony Hopkins.

The gladiator and the unrepeatable sequence

In 2000 he will film the huge success “The Last Gladiator” (Oscar for Best Picture) with Russell Crowe and a brilliant multi-faceted cast. At the same time, however, it also has one of the best battle sequences of all time, at the beginning of the film, with which, apart from the admiration it causes, it will also manage to change the feelings of the young audience, who will initially identify with the unruly Germanic tribes and after a while he will bow to the strategic skill of the Romans and the general Maximus….

Also, among his notable films is the police thriller, shot in Japan, “Hot Rain”, where again his geometric shots stand out and the photography of Osaka, starring Michael Douglas and Andy Garcia, the police adventure ” Someone to Watch Out for Me’ with Tom Berger – Mimi Rogers, ‘American Gangster’ with Denzel Washington – Russell Crowe, the epic ‘The Kingdom of Heaven’ and the romantic comedy ‘A Happy New Year’ again with Crowe, with whom he shot a total of five films.

We don’t know if Ridley Scott will catch up with old Clint Eastwood in age, but he will certainly live and breathe for the cinema until the end. After all, all three of his children have already entered the field from which their father also started, advertising, where they excel.

Facebook
Twitter
Pinterest
WhatsApp
Previous article
Italy: Deadly landslide in Ischia – One woman dead and ten missing
Next article
A ring of drug dealers was dismantled in Nafplion, with activity in Athens and Santorini