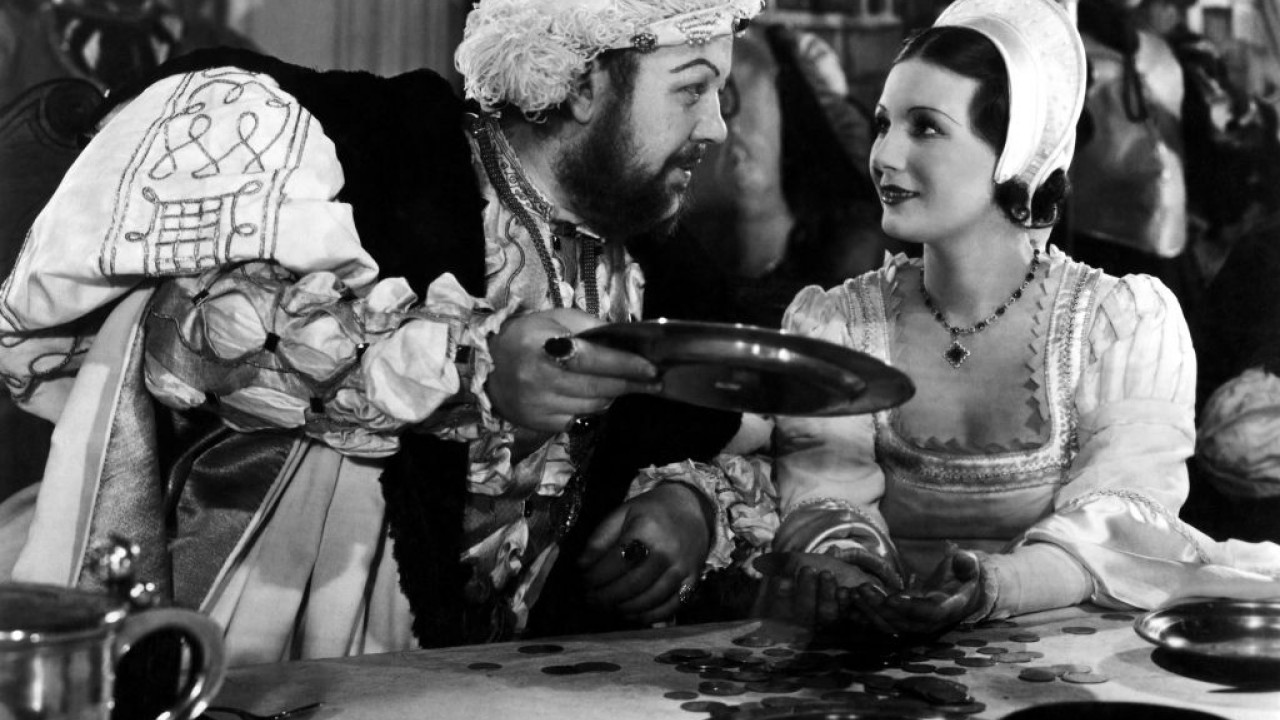 Charles Laughton: The Unsurpassed Actor, His Standout Performance as Quasimodo and Maureen O’Hara

Charles Laughton will forever remain one of the best actors of his time, joining all the leading names of the famous British school

Among the most prominent members of the great British acting school, Mr Charles Lawton he left an era for his performances in the cinema, as his exuberant appearance as well as his heartfelt identification with the characters he played, captivated the viewer’s gaze.

Of course, everyone who had seen him in the theater claimed that he was an insurmountable actor, who took acting to another dimension. His piercing voice dominated, the board creaked, the spotlights blazed with his performance. After all, as is well known, a great actor showed the magnitude of his talent in the theater, in contrast to the mediocrity, who might be “written” on the big screen, but on the stage they revealed their weaknesses, they were naked, without the care of a staff techniques of the cinema, which hide the imperfections of the actors.

Charles Laughton managed to enter the – the truth is – great circle of great British actors, having a problematic appearance for a protagonist. He was almost misshapen, obese, with small eyes and big cheeks and puffy lips, thinning hair, oily skin, and all of that was emphasized on the big screen, sometimes to an exaggerated degree. But he also had an overflowing talent, an interpretative skill, grabbing the character he was playing and making it his own, while with his characteristic voice he could be rough, threatening, loving at the same time, which is why there were not a few recordings he made , from Christmas stories and Shakespeare, to religious texts and classical repertoire.

Charles Lawton died 60 years ago, on December 15, 1962, at the age of 63, from cancer, leaving behind a huge cultural legacy, intangible, such as his technique, his acting greatness in the theater, but fortunately many films and recordings with which we can rejoice in his acting talent and find out, once again, that a great actor is born, not made.

From the hotel to the Old Vic

Charles Lawton was born in Scarborough, Yorkshire in 1899, to parents who kept a hotel. His mother Elizabeth, who was of Irish descent and Catholic, sent him to Stodhurst College, a well-known Jesuit school in England. He will fight in World War I and when he returns to England he will start working in his parents’ hotel, while also participating in amateur troupes. In 1925, he began studying at the Royal Academy of Dramatic Arts and made his first theater appearance in 1926 in a comedy. Despite his ugly appearance, he will wow audiences in Anton Chekhov’s classics The Cherry Orchard and The Three Sisters. In 1931 he would make his first US tour, returning the following year to perform leading roles in Shakespeare plays at the Old Vic.

Going in and out of the cinema

At the same time, shortly before 1930, he also began his film appearances, in some silent comedies, in which his wife Elsa Lanchester starred. During his tour in the USA he received offers from Hollywood, which he accepted by playing for the first time in the horror film “The House of Mystery”. This will be followed by the war adventure “The Demon of the Submarine” starring alongside Tallulah Bankhead, Gary Cooper and Cary Grant, while he established himself when he played the role of Nero in Cecil de Mille’s epic The Sign of the Cross.

Henry I and the Oscar

He would continue to film feverishly until he returned to England to begin his collaboration with acclaimed director Alexander Korda on the classic film The Private Life of Henry VIII, for which he won the Academy Award for Best Actor. A film that was a huge commercial success and gave a huge boost to Lawton’s career, as well as that of his co-star Merle Oberon, and was the first British production to be nominated for an Oscar for Best Picture.

The Oscar opened other avenues for Lawton, who began to appear more often in the cinema than in the theater. He returned to Hollywood, where he played opposite Carole Lombard in the drama “White Woman”, Inspector Iaveris in “Les Miserables” and the hard-hearted Captain Bligh, in one of his best-known roles, in the exotic adventure “Naval Mutiny”. A film that earned him his second Oscar nomination, but he lost to the excellent Victor McLaglen, in John Ford’s The Surrender.

Hitchcock and the imposition of Maureen

In 1936 he will return to England, to play in Corda’s biographical film “The Life of Rembrandt”, while unfortunately their next collaboration, for “I Claudius”, will remain unfinished, due to an accident of the co-star Merle Oberon. In 1939 he will star in Hitchcock’s film “The Jamaican Tavern” imposing the young Maureen O’Hara as a co-star, whom he helped to rise to the film firmament with a “fatherly” affection. After all, she will also have a co-star as Esmeralda in the classic film “Notre Dame”, made for RCO, the success of which saved the company from bankruptcy. He himself will keep the role of Quasimodo, giving an unrepeatable performance, making the monstrous hero one of the most beloved of cinema.

He would continue to make films non-stop, but certainly until his untimely end, two are his memorable performances. The first will be for Jean Renoir’s 1943 masterpiece drama The Slave Awakening, in which Lawton plays a cowardly school principal in Nazi-occupied Europe. A teacher whose love for his country and a teacher (Maureen O’Hara) will make him a symbol of resistance. The second will be the wonderfully cunning court drama “Witness for the Prosecution” made in 1957 by Billy Wilder, co-starring Marlene Diedrich and Tyrone Power. Laughton in the role of the veteran lawyer, who lives under the watchful control of a nurse due to health problems, really gives his change and disappears from the screen everything else.

The Night of the Hunter

Charles Laughton, who lived for 33 years, until his death, with his wife actress and co-star in many films, Elsa Lanchester, with whom they did not have children, some argue because of his bisexuality, which Maureen O Happily, he will direct his one and only film in 1955, the famous film noir “The Night of the Hunter”. A film that was a big flop in its day, but was restored years later for its charm, although indeed Lawton crams many different genres into the ambitious production, starring the seductively menacing Robert Mitchum.

However, Charles Laughton will forever remain one of the best actors of his time, joining all the leading names of the famous British school, such as Laurence Olivier, Michael Caine, Alan Bates, Peter O’Toole, Peter Sellers, who they continue to inspire younger generations of protagonists to this day.