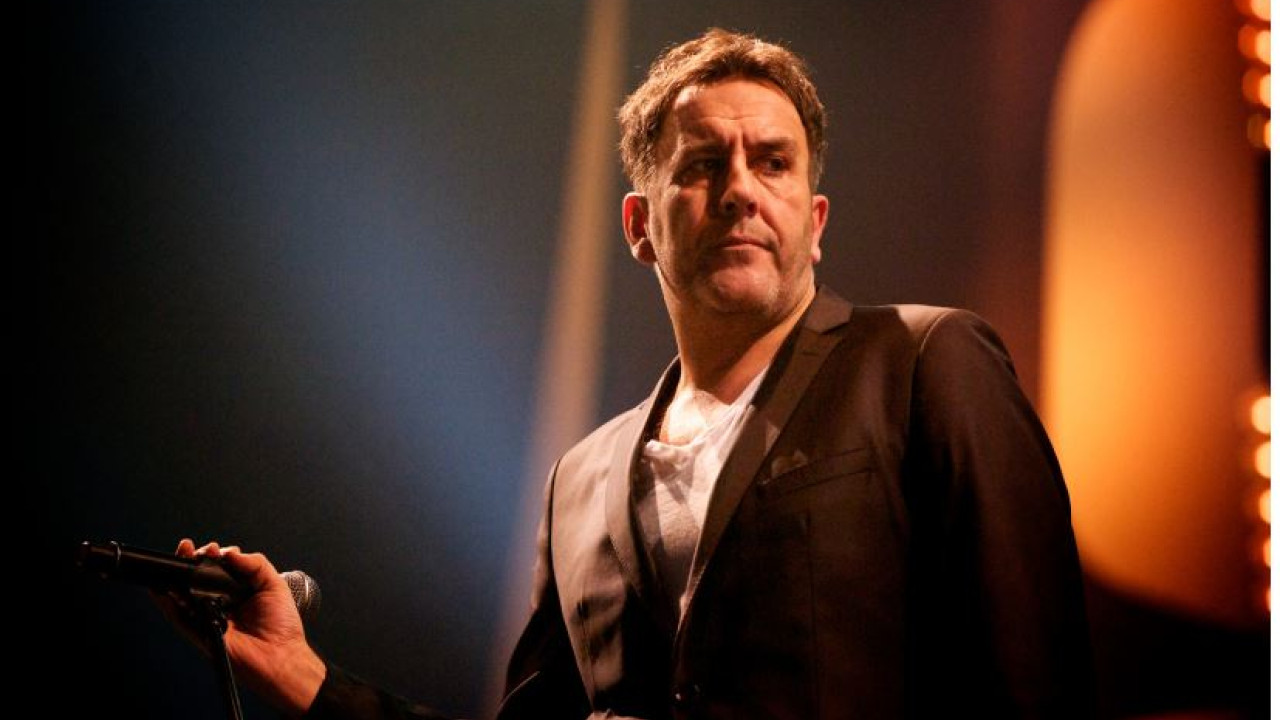 Having experienced a difficult childhood, Hall became one of the defining voices of pop in the 80s

Terry Hallthe singer of Specials and former member of the Fun Boy Three and Colourfield, has died aged 63.

“It is with great sadness that we announce the passing, after a short illness, of Terry, our beautiful friend, brother and one of the most brilliant singers, songwriters and lyricists this country has ever produced,” the band tweeted.

“Terry was a wonderful husband and father and one of the kindest, funniest and most genuine souls. His music and his performances encapsulate the very essence of life… joy, pain, humor, the struggle for justice, but above all, love.”

It is with great sadness that we announce the passing, following a brief illness, of Terry, our beautiful friend, brother and one of the most brilliant singers, songwriters and lyricists this country has ever produced. (1/4) pic.twitter.com/qJHsI1oTwp

The band asked for respect for his family’s privacy.

Terry Hall joined the first incarnation of the Specials – then called the Automatics – shortly after the band formed from Coventry in 1977, replacing singer Tim Strickland.

The pioneering band found success thanks to the support of Joe Strummer, who invited them to live support for the Clash and other great singers of that period.

They released their debut single, Gangsters (an Al Capone cover of Prince Buster) in 1979, which reached No. 6 in the UK singles chart. They would dominate the Top 10 for the next two years. The lyrics, written by the band’s main songwriter Jerry Dammers, dealt with Britain’s urban decay, unemployment and disenfranchised youth.

Its popularity peaked in the early summer of 1981, as riots broke out between young black people and the police across the UK in response to racial discrimination and the use of police force.

Jane Wiedlin of the Go-Go’s and Hall’s former partner wrote that she was devastated. “He was a wonderful, sensitive, talented and unique person. Our extremely short romance led to the song ”Our Lips Are Sealed”, which will forever link us in music history. Terrible news to hear,” he tweeted.

Gutted to hear of the passing of #terryhall. He was a lovely, sensitive, talented and unique person. Our extremely brief romance resulted in the song Our Lips Are Sealed, which will forever tie us together in music history. Terrible news to hear this. 😢 pic.twitter.com/Fxxqr0p01T

Terry Hall was born in Coventry on 19th March 1959 into a family who worked mainly in the car industry. He was an academically gifted child and also a remarkable footballer, who was invited to trial at West Bromwich Albion. An opportunity his parents turned down based on the inconvenience of traveling to the Midlands. After he successfully passed the exams, his parents also refused him a place in a nearby high school.

“Suddenly they had to buy books and school uniform,” he told Fantastic Man. “I used to go to school dressed in my football uniform. So there was always something like that in the back of my mind. Not to be educated. I wonder what would have happened if I had gone.”

In 2019, Hall told comedian Richard Herring that at the age of 12 he was abducted by a ring of pedophiles in France, an incident he had already touched on in his single ‘Fun Boy Three Well Fancy That!’ of 1983, which blamed a teacher for the ordeal: “You took me to France with the promise of teaching me French,” he sang.

Hall kept it a secret and didn’t tell his parents. “They both worked in factories. My father was a heavy drinker. They had their own lives, you understand?”, he had said.

This resulted in Hall taking medication throughout his teenage years and living with depression and manic depression. He stopped schooling at the age of 14 and felt pushed towards non-conformity. “I can laugh about it now, but somehow something changed in my head and it’s like I don’t have to do that, and that’s when I started not listening to anybody.”

His political awakening came in his teenage years when he discovered that working men’s clubs had color bars on their doors. You could only get in if you were white. This really shocked him.

After working as a bricklayer, among other things, he joined his first band, the punk outfit Squad, inspired by the Clash and the Sex Pistols. His older sister and mentor Teresa introduced him to Trojan Records, and it was David Bowie’s 1975 album Young Americans that spurred Hall to become a singer, as he told the Guardian in 2009. “I come from a family with a gypsy spirit and everyone was singing in the pubs whether you liked it or not. I didn’t want to be that kind of singer. Then, when I was 16 years old, this album gave me a look, a sound and a way of seeing things around me.”

Then came the Specials. The band released their self-titled debut album in October 1979 and received acclaim for mixing a punk sensibility – and sharp lyrics about the degradation of modern Britain – with a traditional Jamaican ska sound, even upgrading hits from Toots and the Maytals, Prince Buster and Dandy Livingstone.

The Specials were a celebration of how British culture was invigorated by Caribbean immigration but the onstage demenour of their lead singer was a reminder that they were in the serious business of challenging our perception of who we were in the late 1970s. RIP Terry Hall pic.twitter.com/PVwbXyXubq

After the success of ‘Ghost Town’ in 1981, the band disbanded. “I felt like it was the perfect time to stop the first part of the Specials,” said Hall.

In 2008, inspired by the Pixies’ 2004 reunion, Hall announced that he would re-form the Specials, for a tour and new music. They embarked on a 30th anniversary tour in 2009 and performed at the closing concert of the 2012 London Olympics, but faced the death of drummer John Bradbury and the departure of singer Staple and guitarist Roddy Radiation in the following years.

The group would hit the headlines again in 2017 when 18-year-old Saffiyah Khan from Birmingham was photographed confronting protesters at an EDL march wearing a Specials T-shirt. “It felt like a vindication of everything the band had set out to do,” Hall said.

In 2019, they released a new album, ‘Encore’, which featured Khan on a new song, 10 Commandments. It reached No. 1 in the UK Albums Chart, their highest ever album.

Hall still struggled with his mental health, as he admitted at the time. “I got to a point where I had no other choice and it did me so good,” he said. “Talking about mental health issues is a conscious decision. It’s something I want to share with people.”

Hall is survived by his wife, director Lindy Heymann; They had one son—Hall has two older sons with his ex-wife, Jeanette Hall.