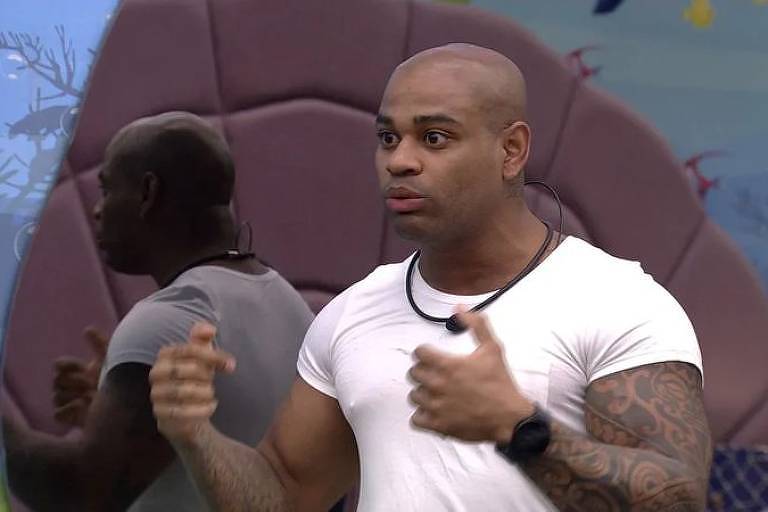 BBB 23: Cezar Black says Gabriel wanted to put him against Domitila and detonates: ‘He’s not a man’

First it was Cristian, but now half of the BBB 23 house has chosen another target to be on the first Paredão, on Sunday (22): Gabriel. The rancid against the model came after the Leader’s Test, won by the duo Bruna Griphao and Larissa. Nurse Cezar Black told this Friday afternoon (20) that he has not been liking the model attitudes, which came from Casa de Vidro.

“Yesterday, when he came to talk to me, he came throwing me against Domitila, saying that the justification for his vote was because of Domitila. But he’s not a man to say ‘brother, what happened? clarify this here’, you know?”, he explained to Fred Nicácio, Marília, Sarah Aline, Gabriel Santana, Gustavo and Key Alves.

Cezar said he found it strange that Gabriel accused his double partner Domitila of falsehood and even called her a “snake”. “He got to the face, started making her skull and didn’t tell me anything about the relationship I had with him, that he didn’t clarify anything with me ‘Black, I’m going to have to vote for you for this, but I like you’, he just said she’s a snake,'” he said. Key interrupted him and classified his brother’s game as “dirty”.

The nurse then continued: “He spoke as if she was influencing me to be a worse person and that I had played along with her. So, well, I didn’t even want to look him in the face and I’m not even able to. If he comes to talk to me anything, I’ll say: ‘Brother, come here. I really like you, I really liked you when I entered, but for me, you’re not a man'”, he concluded.