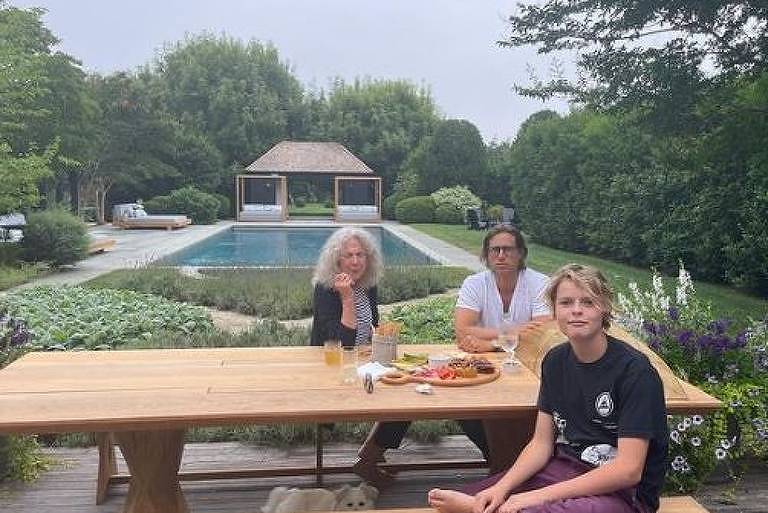 Actress Gwyneth Paltrow, 49, celebrated the arrival of the new year by sharing on Monday (3) an Instagram photo album with her favorite moments from 2021.

She posted pictures of enjoyable times with her family and friends, including her children Apple, 17, and Moses, 15, — from her relationship with ex-husband Chris Martins — her current husband Brad Falchuck and their teenage children.

“The best parts of 2021; loving my friends with all my heart, being married to my boyfriend, traveling a little and being a mother and stepmother to four amazing people I love dearly,” Paltrow wrote in the caption on her Instagram post.

The Oscar-winning actress rarely shares photos of her children on social media, only recently on National Daughters Day and National Children’s Day. However, the mother of two has been talking openly about her close relationship with them and has even shared the sexual advice she gave Apple and Moses.

In October of last year, she said in an interview with Entertainment Tonight for people to stay close to their own truth. “I think the main thing that nobody ever tells you is that you have to stay very close to your own truth and you have to be really whole with that truth,” he said at the time.

She also said in the interview that when a person is in a relationship and not being herself, it can be very detrimental to how she feels about herself. “I’ll always just encourage my kids to really listen to themselves, listen to their instincts, listen if something, you know, feels right and act from that place.”

Facebook
Twitter
Pinterest
WhatsApp
Previous article
Opposition in Venezuela extends ‘mandate’ of Guaidó, which in practice has no power
Next article
Investment manager TPG evaluates to be worth US$ 9 billion in IPO