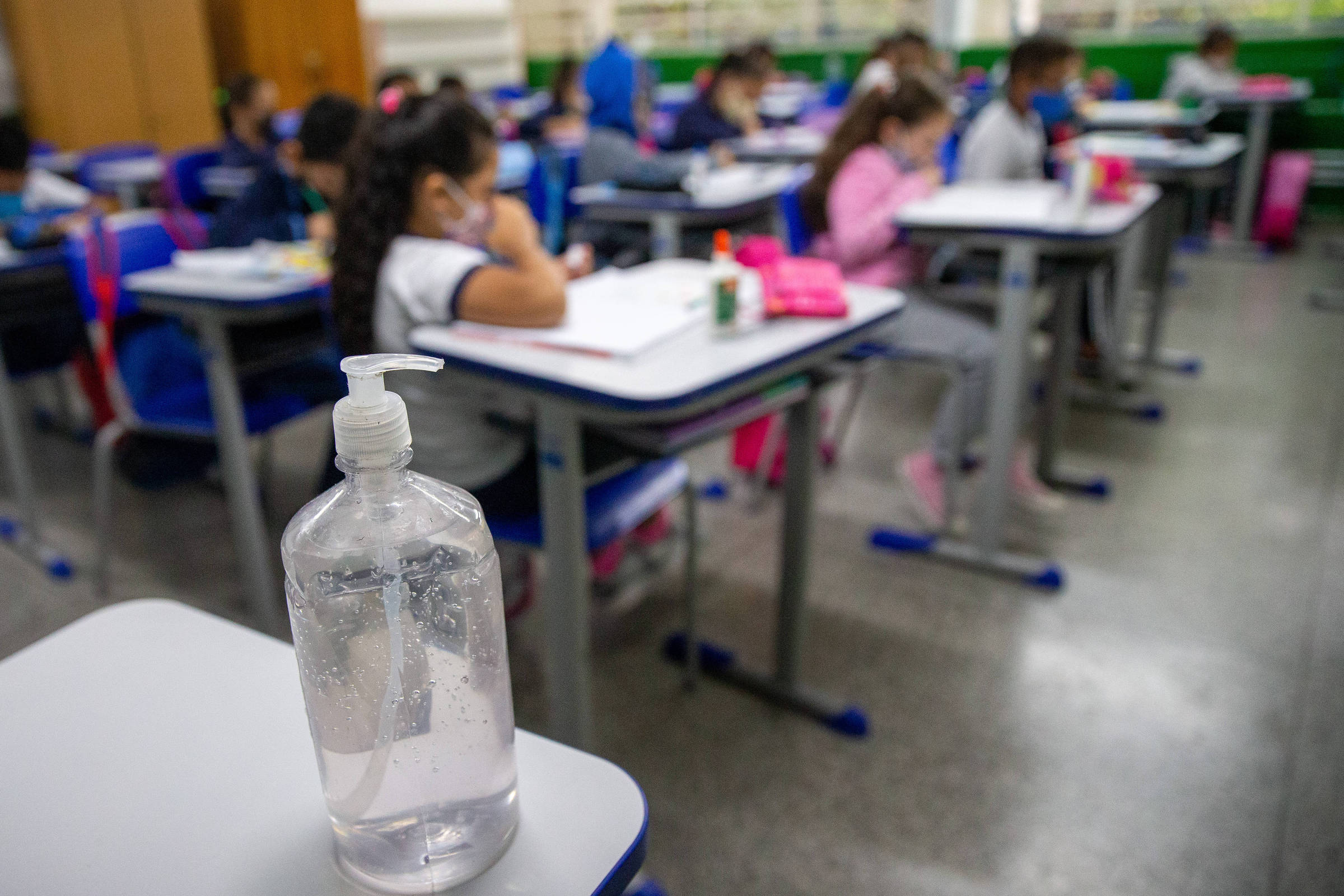 The escalation of cases of Covid-19 led at least 275 schools in the municipal network of São Paulo to suspend classes between May 23 and June 15 this year. This is what a survey carried out by Crece (Council of Representatives of School Councils) points out.

The collegiate body, which brings together parents of students and education professionals, sent questionnaires to 1,510 units in the municipal network and received responses from 522 of them. New cases of the disease were registered in 480 schools.

“The school is an environment conducive to the spread of the virus, with constant agglomeration and the non-mandatory of the mask”, she says.

The suspension of activity affects learning and, according to Vivian, still weighs on the pockets of SME servers. “The teacher is punished twice for getting sick and, after being away for a week or more, loses the right to the PDE [Prêmio de Desempenho Educacional].”

The management of Mayor Ricardo Nunes (MDB) published an ordinance, last Tuesday (21), in which it says that the suspension of classes and activities is no longer indicated in cases of coronavirus. Students and staff without symptoms, even if they have had contact with someone with suspected or confirmed infection, will not be removed.

With the survey, Crece intends to force the debate with the Municipal Department of Education (SME) so that the municipal network resumes the use of masks in a mandatory way.

“Although we defend the use of the mask, there was a relaxation and even in the school routine. We have teachers away, sick [não só pela Covid]and it is not so simple to find replacements”, says Marcelo Costa Sena, professor at Emef Três Lagos and director at Emei (Municipal School of Early Childhood Education) Navegantes, both in Grajaú.

Also according to the ordinance, the mask will only be mandatory when there is confirmation of two cases in the same unit. In day care centers and preschools, the obligation applies only to adults. In elementary and high schools, it is also mandatory for students.

In all situations, the obligation is valid for 14 days after confirmation of the second case of Covid.

Another claim by Crece, according to Melissa Ribeiro Saraiva, a member of the council, is for students and employees to be tested frequently in Basic Health Units.

“It is necessary to create a plan for the UBS to follow. The research brought reports of those who had two symptoms and were not tested and contacts that the doctor did not see the need to test them”, says Melissa.

“We were frightened by the responses because children and babies were not vaccinated and are exposed. Many adolescents have not completed the vaccination schedule”, says the counselor, who is the mother of a student enrolled in the 8th grade.

The new ordinance defines that asymptomatic people must continue with school activities and only those who show symptoms will be tested.

“Testing was agreed [após novos casos]but teachers have already been to UBS, and the doctor says it was not necessary”, says professor and director Sena.

The report sent five questions to the city hall this Wednesday (22), including the complaint about the lack of testing and the indicators presented by Crece, but did not receive answers specifically to them.

In a note, SMS states that educational institutions that find cases of flu-like syndrome due to Covid-19 must notify the UBS in their area.

Pérola Byington Hospital will start in a new building in August