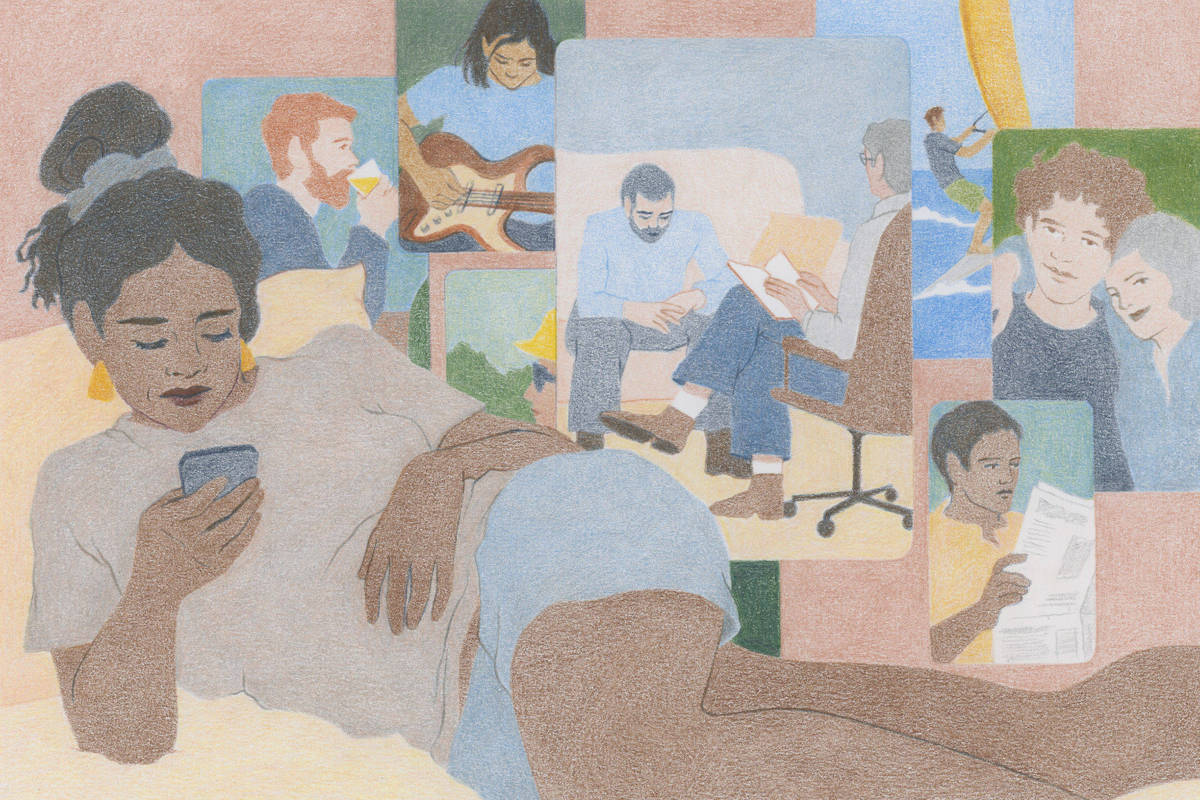 Therapy becomes a prerequisite for relationships among young people

Like most people looking to date, Elyse Fox, 32, a model who lives in Brooklyn, New York, is looking for a partner who is kind, handsome, smart and funny. She expects him to enjoy traveling, be willing to compromise, and communicate well. But she has a strict requirement: he must be working on his mental health, preferably in regular therapy.

She decided to create this rule a few weeks ago after dating a guy who took his problems out on her. “During a beautiful wine dinner, he poured out all those childhood traumas and things that I hadn’t asked,” Fox said.

As someone in therapy, she feels like she works proactively on her issues. That’s why she wants a like-minded partner. “I love a person who knows how to take care of himself,” she said.

Sometimes she naturally finds the information she is looking for. As she swipes her finger through dating apps, she sees a profile that mentions therapy. “Even though I’m not physically attracted to them, it pushes me to ‘match,'” she said.

Other times, she pans. When she meets people, Fox finds a way to bring the subject up. “I ask certain questions,” she said, such as, “It sounds like you have a very stressful job. How are you? What are you doing to feel supported mentally?”

“I once asked a guy, and he told me he had been in therapy for four years,” she said. “I was attracted to him right away.”

Gen Z and younger millennials are much more likely to seek psychological help than older generations, according to a 2018 survey by the American Psychological Association. The pandemic has also brought mental health even further into everyday life, making it something people prioritize and talk about openly.

Some of that is now coming to dating. Many singles, instead of looking for someone of a certain height or a specific profession, are now saying they want someone to work on their mental health.

They are announcing their requirements on dating profiles. In 2021, mention of therapy in Tinder members’ bio has increased by 25%, according to the company. (“Emotionally stable” is up 12% and “emotionally mature” is up 47%.) Hinge — another popular dating app in the United States — surveyed its users in November and found that 91% of them prefer to date someone in therapy.

Many of these have mastered quiet ways to investigate someone’s mental health history.

“I mention my therapist during the conversation and see if they talk about theirs,” said Theodora Blanchfield, 39, a writer and couples and family therapist in Los Angeles.

“You used to hide going to therapy when you met someone, but now it’s like going to the gym,” she said. “I had a guy I dated a couple of times whose profile said, ‘I’m looking for a nice girl to introduce my therapist,’ and I’ve never picked a person so quickly.'”

As someone who has struggled with depression and anxiety, she knows she needs a partner who is serious about mental health.

“It’s important to me that the person doesn’t stigmatize psychological problems or think that going to therapy means you’re crazy,” she said. “I also think or hope that a guy who’s had therapy potentially has more empathy.” (She’s had dates where she’s brought up vulnerable topics and the guy just ignores or shuts up.)

Blanchfield also believes that some lessons people can learn in therapy, such as communicating more effectively and setting boundaries, will make any future relationship smoother. “It makes me hopeful for less potential conflict,” she said.

For Sarah Papadelias, 32, a lawyer in Tampa, Fla., the men she dates don’t need to go to therapy. “I know some people don’t have access, or they don’t have health insurance to cover it,” she said. But they have to be working on their mental health. “Do you keep a journal? Do you meditate?”
She considers this screening essential.

“We’ve been focused on our physical safety for a long time. When I go on a date, I let my friends know where I’m going. I share locations. I do due diligence,” she said. “But now I realize that I also have to worry about mental safety. You want to make sure that person doesn’t do anything abusive or traumatic to you.”

“I feel that having these guarantees in dating is an investment in our safety,” he added.
Some boyfriends who have successfully found partners committed to mental well-being are now reaping the benefits.

Dillon Mulroy, 29, a software engineer in Raleigh, North Carolina, began seeing a therapist after a painful divorce. When he was ready to start dating again, he found that sharing his journey in therapy made him more desirable, not less.

“It could be alarming to know that someone got divorced, but I can tell people that I know it was a big deal,” he said. “I spent a lot of time working this out in therapy, and now I’m in a healthy space.”

He was also more attracted to women who shared their experience with a mental health professional. “I think generally people who go into therapy, especially willingly, have a level of self-awareness and maturity that I find attractive,” he said.

As a software engineer, he even joked about creating an app where each person’s therapist could set up an appointment before meeting in person. Now he has a girlfriend and believes they are closer because they both went to therapy.

“I feel like I’m in a safer space to be vulnerable and talk about more difficult topics with someone I know has analyzed themselves and tried to improve as well,” he said. “The fact that we both went to therapy is everything.”