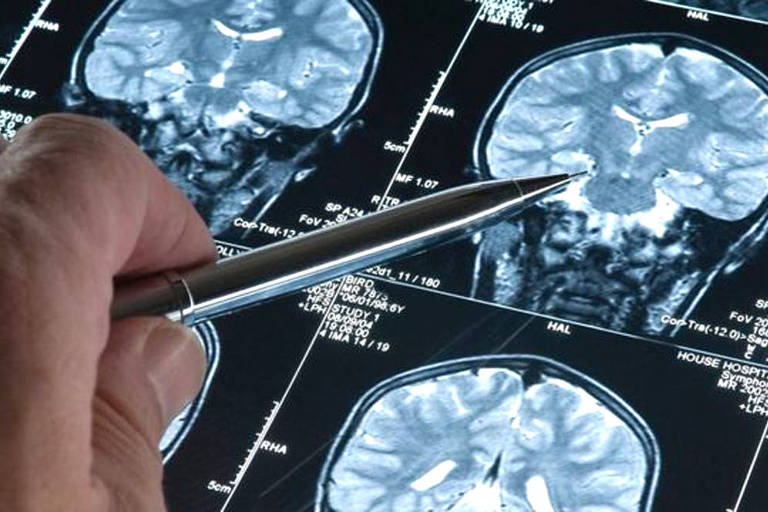 A new drug, blood tests and a specialist village are among the four advances that have given hope to people living with Alzheimer’s in the past four years. And more progress may be on the way to help everyone — young and old — in families dealing with dementia.

There have been significant advances in recent years, four of which we have listed below to mark World Alzheimer’s Day on September 21.

Alzheimer’s disease is the most common cause of dementia in the elderly, affecting more than 55 million people, according to Alzheimer’s Disease International.

The name is a reference to Dr. Alois Alzheimer. In 1906, he noticed changes in the brain tissue of a woman who had died with symptoms that included memory loss and language problems.

Sara Imarisio, head of research at Alzheimer’s Research UK, told the BBC: “Research is improving the way we diagnose, prevent and treat Alzheimer’s. Many years of funding pioneering research, supporting brilliant people with bold ideas have led us to this point, with several potential Alzheimer’s treatments on the horizon.”

A landmark study, released this year, linked 42 extra genes to Alzheimer’s disease for the first time.

Scientists from eight countries, including France, the United States, the United Kingdom and Australia, analyzed the genetic material of 111,000 people with Alzheimer’s.

They identified 75 genes associated with an increased risk of developing the disease, including 42 not previously implicated in the condition.

Their findings, published in Nature Genetics, suggest that Alzheimer’s disease is caused by many factors, with evidence that there is a specific protein involved in inflammation.

Study co-author Julie Williams described the work as “a major leap forward in our mission to understand Alzheimer’s disease and ultimately produce the many treatments needed to delay or prevent the disease.”

“The results support our growing knowledge that Alzheimer’s disease is an extremely complex condition, with multiple triggers, biological pathways and cell types involved in its development.”

Other research has shown that lifestyle factors — such as smoking and certain diets — influence who can develop Alzheimer’s. But researchers believe that genetics pose the biggest risk.

A new approach to caring for and treating Alzheimer’s disease is villages built specifically for patients to live a seemingly normal life, but with the vigilance of caregivers.

France created a village dedicated to Alzheimer’s disease in 2020, inspired by a “dementia village” in the Netherlands.

It is located in Dax, in southwestern France, and offers a grocery store, hair salon and music recitals. It was designed to resemble the traditional medieval “bastide” — a fortified town common in the local Landes area — to maintain a sense of normalcy.

The responsible architect told the newspaper Le Monde that the village would not have any visible fence, but safe paths, well integrated into the social and cultural life of the city.

Madeleine Elissalde, 82, was one of the first to move.

“It’s like being at home,” said Elissalde. “We are well taken care of.”

Aurore, Elissalde’s granddaughter, said: “Your memory loss is less severe.” “She is happy, she has rediscovered her pleasure in life.”

One result of this Alzheimer’s village is that people who live close to it seem to be changing their opinions about those living with Alzheimer’s.

A survey of people in the village’s host city was published by the Alzheimer’s Association in August 2022. And it showed a lower rating on feeling of disgust for people with Alzheimer’s after the village opened, compared to another city without Alzheimer’s village, where attitudes remained the same.

The first new treatment for Alzheimer’s disease in nearly 20 years was approved by US regulators in June 2021.

Aducanumab targets the underlying cause of Alzheimer’s disease, the most common form of dementia, rather than its symptoms.

In March 2019, international advanced-stage trials of aducanumab, involving nearly 3,000 patients, were halted. An analysis followed showing that the drug, given as a monthly infusion, was no better at slowing down memory deterioration and thinking problems than a placebo.

But later in the same year, the American manufacturer Biogen analyzed more data and concluded that the drug worked, as long as it was given in higher doses.

However, in December 2021, the European Medicines Agency (EMA) denied approving it. The EMA said that aducanumab does not appear to be effective in treating adults with early symptoms of Alzheimer’s disease.

At the time of its approval in the US, several scientists said there was little evidence of benefit testing, despite targeting amyloid — a protein that forms abnormal clumps in the brains of people with Alzheimer’s.

The new drug is sold in the US, but there are doubts elsewhere about its effectiveness.

Scientists said in 2019 they could accurately identify people prone to the disease before symptoms appear.

US scientists were able to use blood levels of amyloid to help predict its accumulation in the brain.

Researchers at the University of Washington School of Medicine in Missouri, writing in the journal Neurology, measured the levels of amyloid beta protein in the blood of 158 adults over the age of 50. They wanted to see if brain scans showed similar levels.

Analyzes showed similar levels, but only 88% of the time — not accurate enough for a diagnostic test.

When the researchers combined this information with two other risk factors for the disease — being over age 65 and people with a genetic variant called APOE4 — the blood test accuracy improved to a level of 94%.

British experts interviewed by the BBC in 2019 said the results were promising – and a step towards a reliable blood test to detect Alzheimer’s.

However, medical experts also caution against relying on blood tests at this time.

The Alzheimer’s Association of the USA says, “A number of dementia screening tests have been marketed directly to consumers. None of these tests have been scientifically proven to be accurate.”

“For these and other reasons, the Alzheimer’s Association believes that home screening tests cannot and should not be used as a substitute for a thorough examination by a qualified physician.” .

In summary, there is potential for blood tests for Alzheimer’s, but a physician’s diagnosis that assesses a patient’s behavior is crucial in determining whether symptoms exist.

Future of Alzheimer’s and Dementia treatment

According to Sara Imarisio, head of research at Alzheimer’s Research UK, there are more than 150 drugs in clinical trials for the disease. But the approval process for use in patients is lengthy.

“In the future, prevention strategies that combine drug treatments and lifestyle changes may be the most effective strategy to limit the impact of dementia. Although new drugs take many years to develop, lifestyle changes are available to all of us.”

In conclusion, reducing your risk by taking various healthy lifestyle measures will help reduce your chance of developing Alzheimer’s.