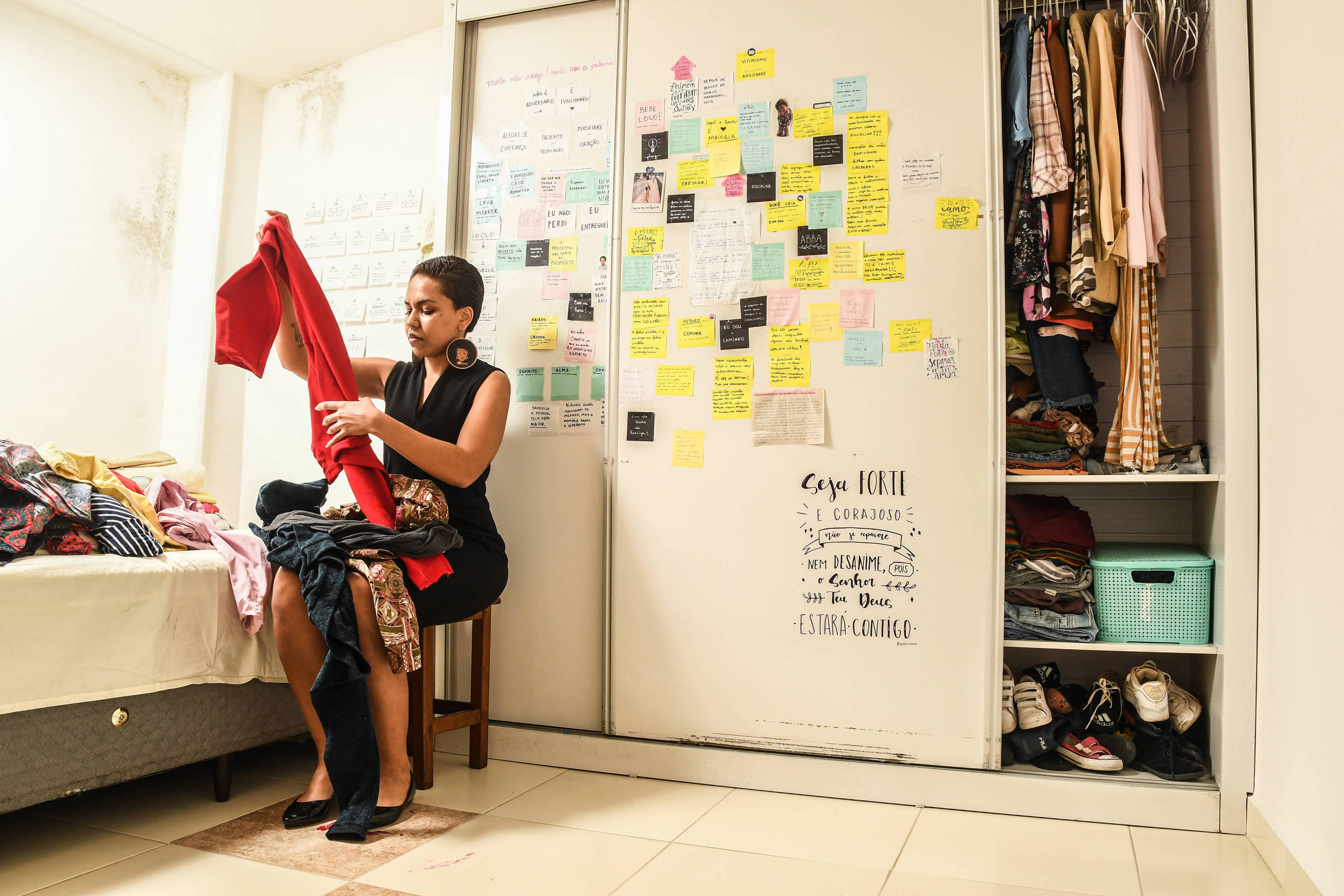 Even if you don’t feel in good health, would you worry about what clothes to wear before going to the hospital or a doctor’s appointment? Or would you be afraid of how you would be treated when giving birth because of the color of your skin? This is just a sample of what goes through the minds of the Brazilian black population.

As a child, the trancista Sara Viana, 22, received advice from her mother that they would be better served if they arrived at the hospital well dressed. “She said that public hospitals don’t serve people in the community well. So I could be dying, but I thought: I have to clean myself up a little bit.”

In 2020, Sara felt in her skin what her mother feared. She claims she didn’t know she had a gallbladder infection and was rushed to the hospital in her pajamas.

“Even my hair was wet, because it was raining that day. I noticed the nuisance of the triage nurse, who didn’t even examine me and said it was colic and classified it as low risk. As I was in a lot of pain, my father and brother took me to another hospital, where I was attended by a black doctor who gave me attention. The situation was so serious that I underwent surgery on the same day”, she recalls.

Coordinator of a group on maternity at Casa de Marias, a listening and welcoming space for black women in socially vulnerable situations, psychologist Alessandra Marques says it is common to hear reports of obstetric violence.

“There is an idea that black women tolerate pain more. It is common for patients to report fear before childbirth. It is already a moment of more fragility, and this woman may feel even more pain because she cannot relax due to tension.”

As part of a frequently cited study published in 2016, researchers at the University of Virginia (USA) surveyed 222 white students and medical residents and found that more than a third of them mistakenly believed that blacks have thicker skin than whites, and therefore As a result, they made less than adequate recommendations for pain treatments. The study was published in the Proceedings of the National Academy of Sciences.

These situations have consequences on mental health and can be aggravated when left untreated. “They don’t always find qualified listening. Patients say that their statements about racism or the loneliness of black women are invalidated when seen by white psychologists. This type of care can further aggravate the situation.”

General coordinator of Casa de Marias, Ana Carolina Barros Silva, who is also a psychologist, emphasizes the importance of black professionals in assisting this population and cites her own experience as an example. She says that she went through several white dermatologists and gynecologists until she finally found black professionals who met her expectations.

“Dermatology is made up mostly of white people, who are hardly trained to deal with black skin and, therefore, use protocols that are not adequate.”

According to the physiotherapist Merllin de Souza, a doctoral student at the USP School of Medicine (University of São Paulo), the basic curriculum of health courses does not have mandatory disciplines on care for the black population. There is, however, an optional course called Training of Health Professionals and Combating Racism.

“Are these professionals being trained to serve users of the SUS, UBSs, health centers, peripheral black people who experience structural racism?”, he asks. “Sometimes the person arrives at a serious stage because they cannot get the necessary care.”

For Souza, the doctor’s basic training leaves something to be desired in this regard. “The Code of Ethics provides for ethnic-racial respect, but most councils do not discuss these issues. It is necessary to respect human rights and work on racial literacy with these professionals”, he says.

Ythalo Pau-Ferro, 22, is studying the fourth semester of medicine at USP and says that racism is evident in health environments. “A black patient who comes in vomiting can be considered a drug user,” he criticizes. As a black man, he claims to want to contribute to changing this situation.

Researcher Ana Claudia Sanches Baptista, 34, says she has never been seen by black doctors, with the exception of her psychologist. “She’s the first black health professional I’ve seen,” she says. And she reports that she was once embarrassed by a gynecologist during a routine exam. “Black women are considered birth mothers. This doctor was outraged that I didn’t want to have children.”

Dentist Guilherme Blum, 31, says he started researching black men’s oral health because he missed that approach in his dentistry course. “The black population is the one that loses teeth the most or has oral disease, but this is not talked about”, he says, referring to cases of pain, caries, tooth loss and need for prosthesis.

Blum works in the Family Health Program and reports an episode in which a patient hugged him because he felt identification and comfort. “There is a subjective concept that black people can take more pain, which is actually structural racism.”

Another service that marked him was that of a 7-year-old child with his mother. “She said she was happy to have found me and cried when she remembered that she suffered dental violence, they had many of her teeth removed.”

Discrimination in the workplace also poses risks to the mental health of the black population. Nurse Carla Mantovan, 38, reports that she went through situations of racism over the course of five years that contributed to the advancement of depression and also vitiligo. She even took a break from work for a period to take care of her emotions, but ended up resigning earlier this year because the harassment continued after her return to work.

“I had to make this decision in the name of my mental health, but today I pay a high price. The family income has dropped a lot, my husband has also lost his job, and we have late loans and a baby of a year and a half.” Both work today on their own, as pastry chefs.

“I didn’t register an incident report or record what happened. When I reported to my superiors what happened, I had no evidence and they didn’t validate what I said. And when I took a lawyer, the witnesses omitted”, says Carla.

As for men, she points out that the black man is charged to be strong and rarely seeks professional help when it comes to mental health. “Many seek support when they are already in a state of outbreak, severe depression.”

Facebook
Twitter
Pinterest
WhatsApp
Previous article
Schäuble: Greece is no longer a problem – I had advised it to temporarily leave the monetary union
Next article
Alabama halts execution of inmate over difficulty finding veins