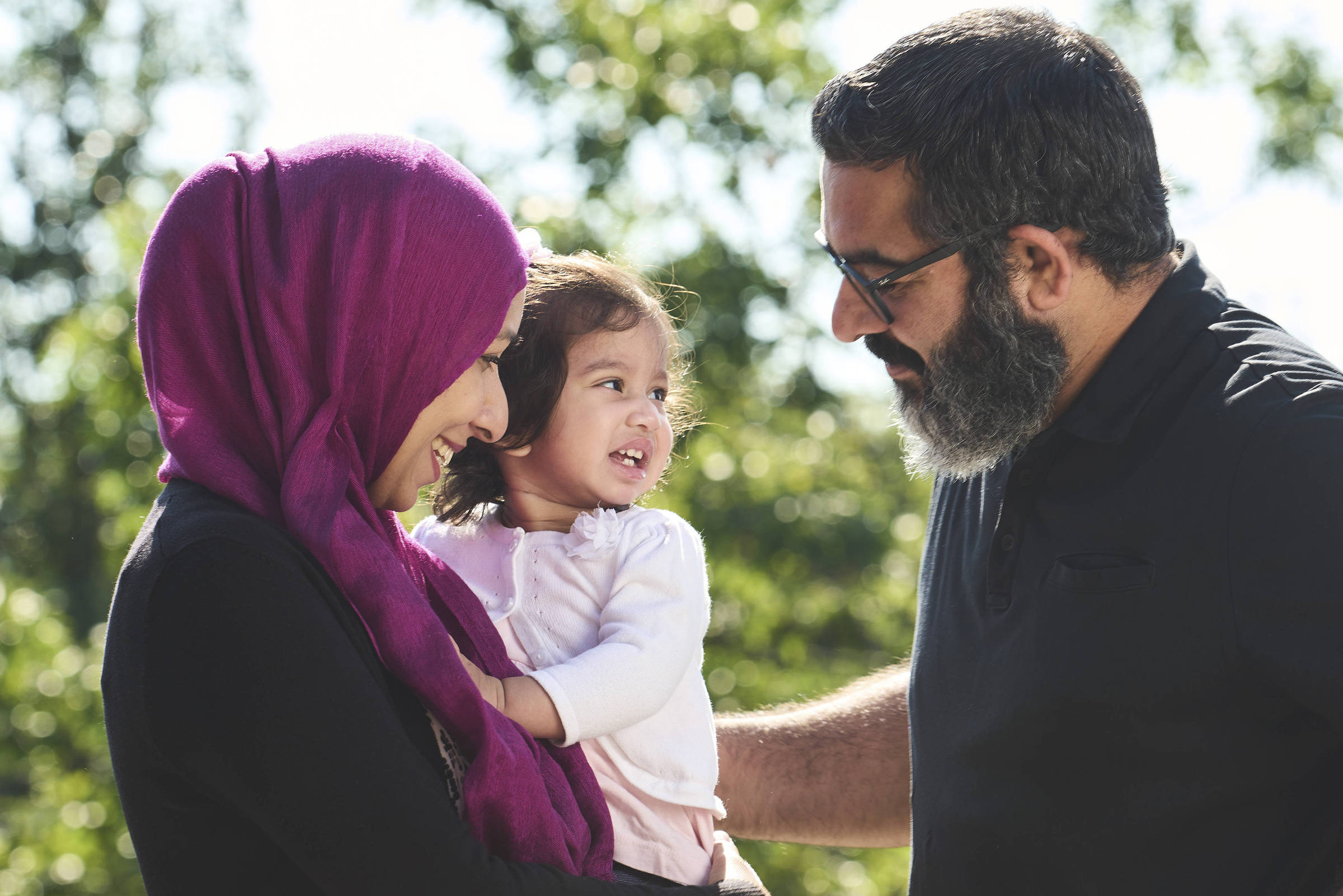 For the first time, doctors have managed to treat a fetus by injecting an essential enzyme through its tiny umbilical cord, stopping what would otherwise be a fatal hereditary condition known as Pompe disease. The baby, Ayla Bashir, is developing normally, laughing, “talking” and taking her first steps at home in Ottawa, Ontario.

Behind the success of the little girl’s treatment, published in the New England Journal of Medicine, there is a drama that involves passionate researchers from three hospitals and doctors who were moved by the family’s struggle. There is hope — and expectation — that the experiment will pave the way for treatments for fetal anomalies that will change the course of a number of serious genetic diseases, including hemophilia and spinal muscular atrophy, eliminating the need for permanent medical treatment.

The genetic disorder Ayla suffers from can be fatal within the first year of life. She is the fifth child of her parents, but only the third to survive: the other two, Zara and Sara, died of the same illness. Sobia Qureshi and Zahid Bashir witnessed the progressive weakening of the babies’ muscles, robbing them of their ability to move until, unable to swallow or breathe and their heart muscles so stiff they could no longer pump, they both died.

Inspiration for the treatment that saved the girl began with Tippi MacKenzie, a pediatric surgeon at the University of California, San Francisco. Alongside her team, she had already treated fetuses with thalassemia, a genetic disease caused by a lack of hemoglobin, with stem cell transplants and transfusions, inserting a needle into the umbilical cord to guarantee new blood.

That’s what gave him the idea. There is a group of rare genetic disorders known as lysosomal storage diseases, in which the lack of an enzyme leads to the accumulation of toxic substances in cells. Some, including Pompe disease, can be treated by injecting the substance immediately after birth, but since irreversible damage can begin before delivery, MacKenzie thought he might be able to start the process in the fetus by infusing enzymes through it. from the umbilical cord to reach the bloodstream. He did some experiments with mice with mucopolysaccharidosis type VII, or MPS7. “They responded extremely well,” he reports.

So, in 2019, a woman whose fetus was diagnosed with a severe case of MPS7 went to see her doctor, who received authorization from the FDA (Food and Drug Administration, a federal regulatory agency in the United States, in its acronym in English) to do the intrauterine procedure; unfortunately, however, the approval took a long time to come out, when the disease was already very advanced, and the doctor chose not to do it. The baby was born dead.

The agency then suggested that she propose a clinical trial to include fetuses with lysosomal storage diseases and the already approved enzyme replacement procedure. Because they are very rare disorders, they only affect six or seven babies born each year in the US. As soon as the doctor received the official endorsement, in 2020, she began to wait for pregnant women indicated by other colleagues; Pakistani Qureshi, 37, was the first.

She and Bashir, a 41-year-old Canadian, always wanted to have at least three children — and, after getting married in 2008, they thought they would have the big family they dreamed of. But when she got pregnant in 2010, the couple had no idea what lay ahead: Zara, the firstborn, was born in 2011 with Pompe disease. When they were five months old, Qureshi and Bashir were referred to Pranesh Chakraborty, a pediatrician at the Children’s Hospital of Eastern Ontario and an expert in genetic metabolic diseases.

The treatment boiled down to injecting the missing enzyme, or acid alpha-glucosidase, every fortnight, accompanied by immunosuppressants so that the baby would not develop antibodies that would destroy the substance.

On the day Chakraborty was to have the first infusion, however, Zara’s lungs collapsed, and she spent a month in intensive care, including ten days on a mechanical ventilator. She started enzyme therapy at six and a half months, but the disease only progressed. When she was two years old, her parents made the difficult decision to stop the process and move on to palliative care. She died at home five months later.

In 2016, Qureshi became pregnant again, and again prenatal tests revealed that the fetus was suffering from Pompe disease. Bashir and Qureshi decided not to start therapy with Sara at all, skipping straight into hospice practice. Sara died at eight months.

In early February 2020, Chakraborty received a call from Qureshi, saying that she was pregnant again, and that prenatal care showed that this fetus was also suffering from Pompe disease. She and Bashir had decided that this time they wanted to stick with the treatment. That same day, the doctor called a Duke University researcher, Priya Kishnani, who had developed an enzyme-replacement and immunosuppression therapy, asking for advice. “What I wanted was to organize the options. What was new in the area? What could we do?”, recalls the specialist.

In 1991, the physician took on the mission of finding a treatment option for lysosomal storage diseases. She went to work on the cause with a group of colleagues, and ten years later she was ready to inject the missing enzyme into babies shortly after birth. However, of the first three attempts, two did not survive.

Later, the researchers discovered that the little ones suffered from a severe version of the disease, that is, they did not produce the enzyme at all. Therefore, when it was injected into them, the immune system interpreted it as a foreign body, creating antibodies to destroy it.

What if the path was to suppress the immune system? Could that be how the enzyme could act?

Kishnani opened a study at Duke for babies from all over the world, so that for five weeks they would receive regular immunosuppressants and enzyme infusions. It worked: after treating about 70 babies, Kishnani was confident that she had found a way to help.

The children are still alive — the oldest is 12 years old — despite suffering from muscle weakness. This is because Pompe disease begins its destruction when the fetus is still in the uterus, and the weakened musculature at that time cannot be recovered.

When Chakraborty called Kishnani about Qureshi’s most recent pregnancy, she told him that there might be a way to prevent the consequences of Pompe’s disease in early childhood, as a new clinical trial was about to begin. MacKenzie, teaming up with her Duke team, including associate professor Jennifer Cohen, was going to try to inject the missing enzyme into the fetus before birth.

It didn’t take long for Chakraborty, Kishnani, MacKenzie, and Cohen to begin organizing ways to deliver the treatment. If Qureshi signed up for MacKenzie’s study, he would have had to fly to San Francisco for the infusions, but the pandemic prevented that. “It was a very difficult decision. With a heavy heart, I told the doctors I couldn’t go to San Francisco,” reveals Qureshi.

Her physician, Karen Fung-Kee-Fung, a specialist in maternal-fetal medicine and professor of obstetrics and gynecology at Ottawa Hospital, realized that the only option was to treat Ayla in Canada. So, in six sessions, local doctors injected the enzymatic solution into the fetus’ umbilical cord, between the 24th and 36th weeks of gestation —and, on June 22, 2021, delivered the baby. “A sweet, fluffy baby,” described Fung-Kee-Fung.

At first, Bashir and Qureshi had a routine of doubts: would Ayla be able to lift her head? Crawl, walk? Yes, she did — and on time. “Before I was optimistic, but on the back foot. Now I’m just optimistic, but still pretty scared”, admits the father.