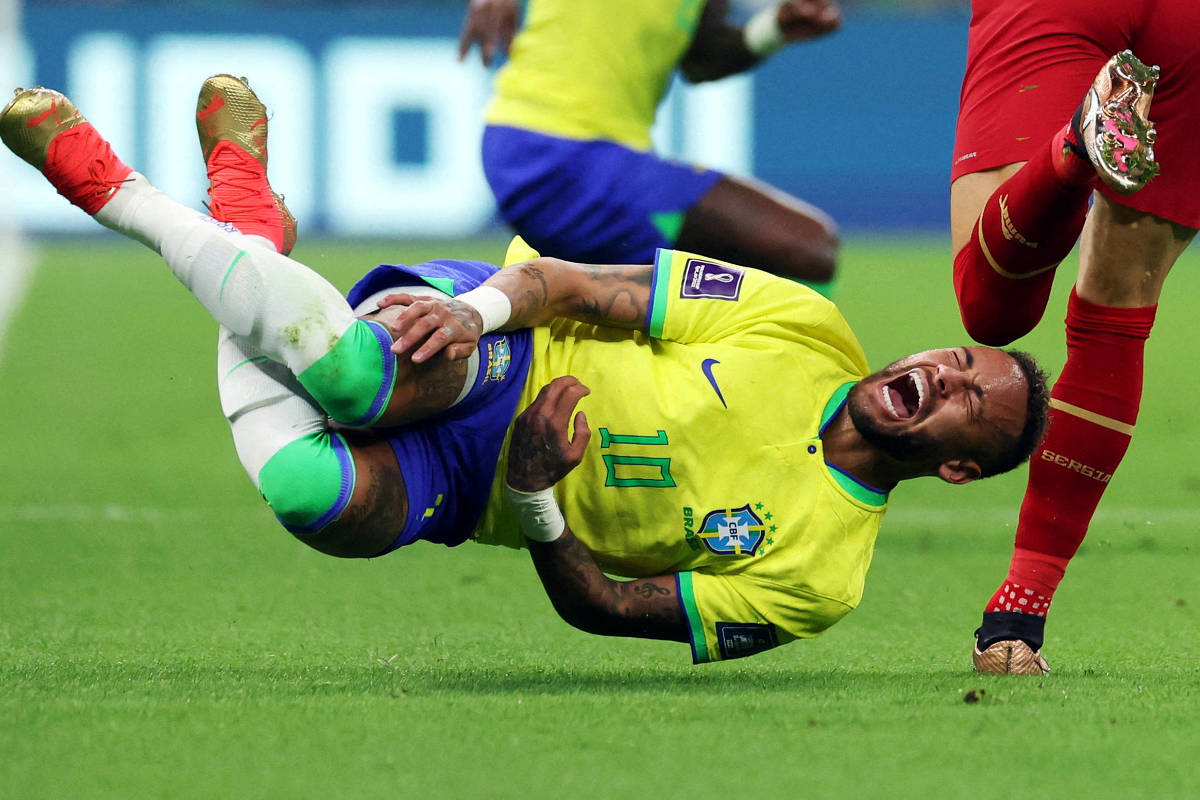 Despite Brazil’s debut with a victory against Serbia in the World Cup in Qatar, one scene caused concern among the fans watching the match: Neymar, number 10, left the field with an expression of pain this Thursday (24). According to the doctor Rodrigo Lasmar, responsible for the selection, the attacker sprained his right ankle and will be reassessed this Friday (25).

But what is a twist? What are the most common injuries in soccer players? Understand with information from the doctor Marcelo Pires Prado, orthopedist at Hospital Israelita Albert Einstein:

What is the ankle and how is it formed?

The ankle is a joint formed between the two bones of the lower leg, which is the tibia and fibula.

These two bones form a kind of clamp that holds a lower bone called the talus. So the ankle has a hinge movement: it goes back and forth.

In addition, there are other movements that happen in the foot as a whole, which will occur in the other joints that are under the ankle.

What are the most common injuries to the ankle?

The ankle is by far the joint most affected by trauma.

According to Prado, when this trauma happens, most of the time, it is ligament injuries: they occur in the structures that connect one bone to another and that try to limit the mobility of all the joints.

“This trauma mechanism is responsible for some types of injury. Among them are ligament injuries. Ligaments limit joint mobility. When we injure the ligament, we have different situations… we have a small ligament injury that the guy has a little pain and that’s okay, it doesn’t change life much. And there are more serious ones, which require more care”, he explains.

According to the specialist, the most serious cases are:

What other types of injuries can affect the ankle?

In addition, there are inflammations: tendinitis, for example, which can occur in any tendon.

“We have several tendons that cross the ankle and that help it to function the way it should. The tendons communicate the muscles somewhere, like a bone. We have a tendon that is there in the leg that pulls the big toe up, another that pulls the foot in. There are several”, explains the orthopedist.

“The tendon is a very specialized tissue, it is a very dense and super firm fibrous tissue that withstands the pull, the muscle pulls and he has to move the tip of the foot there. This tissue, in the face of a chronic inflammatory process, can evolve with the formation of areas of injury inside, of alteration inside and replacement by fibrous tissue, which doesn’t have the same quality as tendon tissue, not even resistance. And that’s when the problems begin”, he adds.