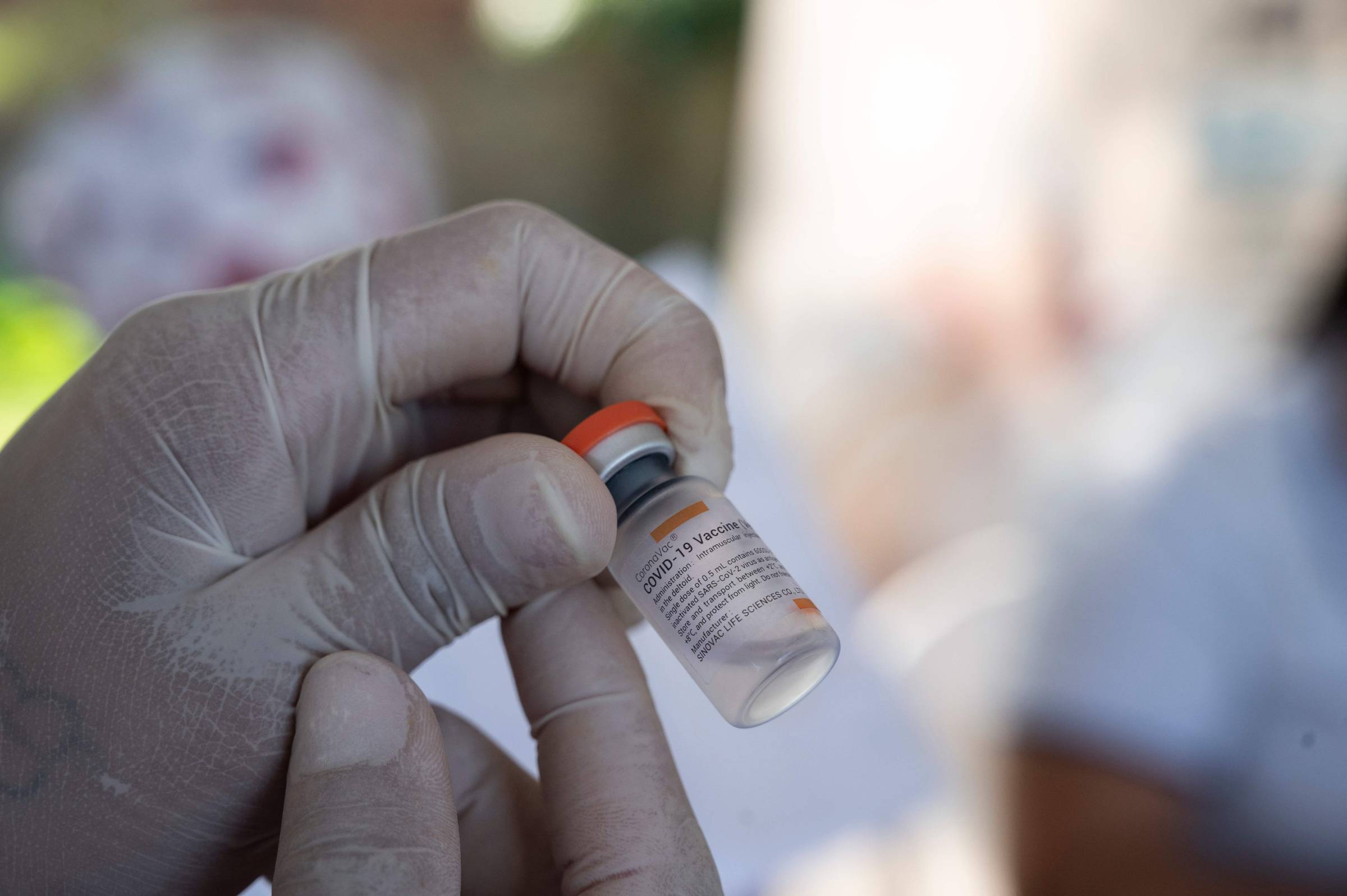 The updated Coronavac vaccine against the omicron variant is now available and in use in China. Around here, however, the immunizer applied to people aged 3 years or older is still the old formulation, made with the Wuhan coronavirus strain.

According to the director of vaccine production at the Butantan Institute, Ricardo Oliveira, to start applying the bivalent vaccine, “just arrive” at the new formula.

“Just come [que temos capacidade de envasar]🇧🇷 Of course, it depends on the federal government, the Ministry of Health, and the PNI [Programa Nacional de Imunizações] to be interested in incorporating the vaccine”, said Oliveira, at an event for journalists this Tuesday morning (29) at the headquarters of the Butantan Institute, in the west zone of São Paulo.

The federal government, through the Ministry of Health, made an agreement with Butantan for the purchase of 100 million doses in 2021. Then, in 2022, the government made an additional purchase of 10 million pediatric doses, but there was no renewal. of contract for the inclusion of updated doses.

Several capitals suspended vaccination of 3 and 4 year olds due to lack of Coronavac doses in the last week.

Pfizer’s updated omicron vaccine was approved by Anvisa last Tuesday (22), and the first doses should be delivered in the coming weeks. In Brazil, there is still no application of bivalent immunizers as a booster, already in use in more than 30 countries including the USA, Chile and Canada since the first half of this year.

“Our partnership with Sinovac provides for the transfer of formulation and filling. They already have the updated Coronavac, just arrive [o IFA], filling and then there is the regulatory part. We have to discuss with Anvisa what they will demand for studies, which is normal, but all this is a gear that is stuck. Which vaccine are we going to follow in Brazil?”, he questioned.

According to him, a decision by the federal government would be important to define the strategy to be adopted from now on. “We cannot have long-term planning. And a vaccine that we need to produce a hundred million doses needs to have planning, and that we do not have. We hope that now, with the change of government and ministry, this will change”, he added. .

According to Sinovac, the Coronavac vaccine updated with omicron is in phase 2 clinical studies with volunteers in Chile. The idea is to test the formula as a booster in 826 adults already vaccinated, including two boosters (from Pfizer or Coronavac) to assess the production of antibodies against the new forms of the virus in circulation.

Preliminary results completed in China with modified pseudoviruses (small molecules that mimic parts of the virus to generate an immune response) pointed to a good omicron neutralizing capacity.

Several studies have already pointed out how the traditional formulation of Coronavac, including a third dose of the immunizer, is less effective against omicron and its subvariants.

A study based on real-life observation of vaccines applied in Brazil showed that the heterologous booster (i.e., with a different immunizer from the one initially applied) is seven times more effective than a homologous booster (when the same immunizer is used in all the phases) of Coronavac against omicron.

Other studies also indicate that a 5th dose (or the third booster) can generate higher levels of neutralizing antibodies than that observed pre-boost. This is especially important in a context of greater circulation of the virus, such as the new wave of Covid observed in recent weeks.

In addition to Coronavac’s research against omicron, Sinovac is seeking two new formulations of its inactivated vaccine, a trivalent one, which would present two variants of omicron in addition to the ancestral strain from Wuhan, and a recombinant formulation, produced with the insertion of the S protein (or spicule , molecular hook used by the coronavirus to enter cells) from the omicron in the ancestral strain, thus generating a more potent response.

Around here, Butantan is still betting on the Butanvac vaccine as a reinforcement strategy. Currently at the end of phase 1, the vaccine has already received authorization to start phase 2 in booster vaccinated individuals who have received any of the immunizers in use in Brazil as a primary scheme (Coronavirus, Pfizer, AstraZeneca or Janssen).

The vaccine, which had been announced by former governor João Doria as the first 100% Brazilian vaccine, has technology produced at Mount Sinai Hospital, in New York, and is a partnership to produce and test the vaccine in three countries: Brazil, Mexico and Thailand.

So far, Butantan has not released the preliminary results of the phase 1 study conducted in the country. Some mishaps caused clinical studies to be delayed.

For Oliveira, if he were to think of a “bet” for the future of the institute, Butanvac would be the best option, as it is produced from embryonated eggs, a technology already mastered by the institute for the manufacture of immunization against flu.

“Butanvac was delayed precisely because the dynamics of the pandemic changed, vaccination progressed and we had difficulties finding unvaccinated volunteers. We had to change the clinical trial with Anvisa. Now, it is no longer a first immunization vaccine, but a proposal as reinforcement,” he said.

Facebook
Twitter
Pinterest
WhatsApp
Previous article
Candidates from Guarulhos will take a new test for the INSS contest on the 11th
Next article
In 24 installments, instead of 12, debts can now be settled in e-EFKA