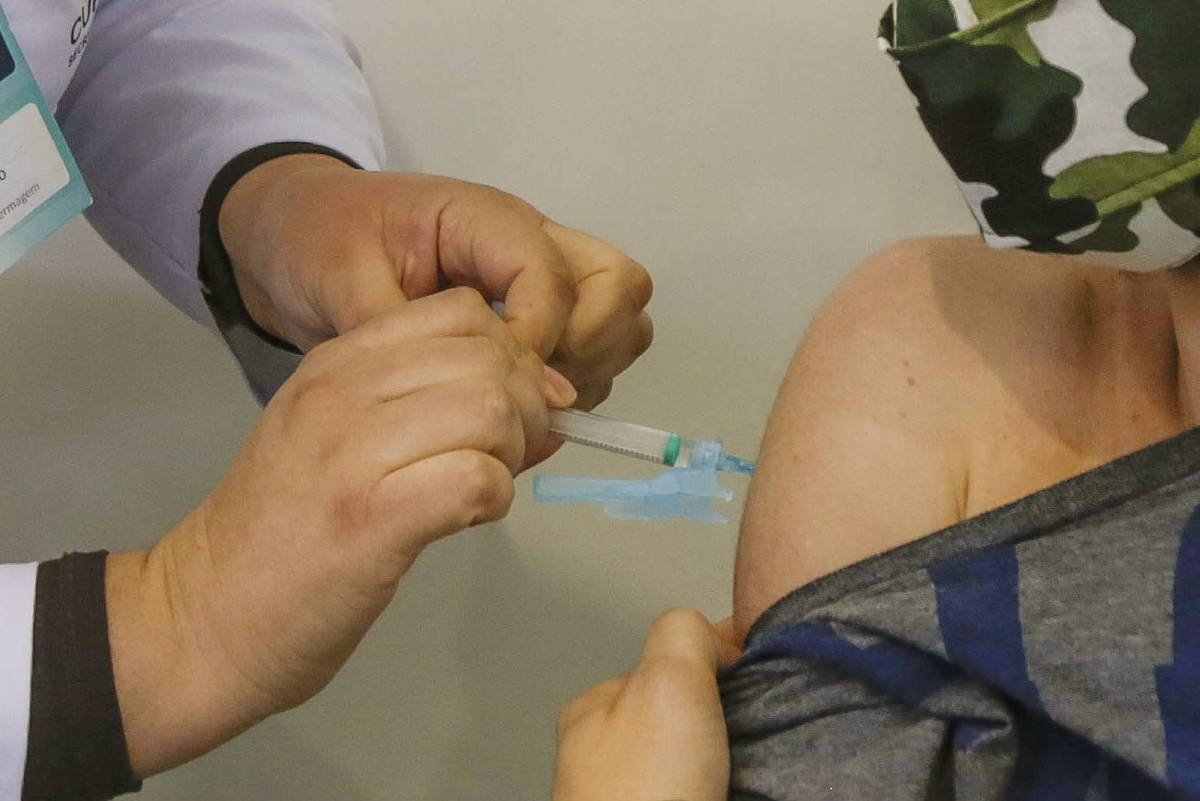 People vaccinated with the fourth dose of the Covid-19 vaccine had fewer cases of sequelae from the disease – the so-called long Covid. A 95% drop in the risk of having persistent symptoms was seen among those with the second booster compared with those who had not had any vaccine doses.

The conclusion of the research, carried out by Hospital Israelita Albert Einstein and ITPS (Instituto Todos Pela Saúde), was published in an article in a pre-print model, that is, it was not published in a scientific vehicle with prior review by other scientists.

Long Covid concerns a series of symptoms that some people maintain even after healing from the acute period of the disease. The consequences are numerous, and can reach the human body in different parts.

In the study, more than 7,000 health professionals at the Einstein who tested positive for Covid-19 were followed for six months. Of these, almost 2,000 had long-term Covid, which represents about 27% of the sample. This group was compared with the more than 5,000 professionals who did not have persistent symptoms for more than four weeks, the definition of long Covid adopted by the CDC (US Center for Disease Control).

One of the first points observed by the study was the impact that the fourth dose of vaccines against Covid-19 represented in reducing the risks of long-term complications. For this, the researchers divided professionals with long-term Covid into groups: those who had sequelae without any dose of vaccine and those with sequelae after the first, second, third or fourth application.

Comparing the group that had long-term Covid without vaccination with those with sequelae after the fourth dose, it was concluded that the second booster reduced the chances of long-term complications by around 95%.

The result is an indication that the second booster brought greater protection against long Covid, but the research did not measure whether this also occurs with other applications, such as the third dose.

“We were not able to say, within this sample, if there is a dose-response effect: that is, if the more vaccine you take, the more protection you have. What we can say today is that the fourth dose protects against the development of the long Covid”, says Vanderson Sampaio, ITPS researcher and one of the authors of the study.

There are assumptions to explain why the fourth dose reduced the appearance of sequelae. One of them is that reinfection by Sars-CoV-2, the virus that causes Covid-19, increases the risks for long-term complications. According to research, having two or more reinfections increases the chances of having sequelae by 27%.

On the other hand, vaccination reduces the chances of reinfection, which may explain the greater protection against persistent complications.

In addition, the development of severe Covid-19 conditions is associated with the onset of sequelae. Again, the vaccine reduces severe cases of the disease, which would also represent a drop in long-term Covid risks.

Another aspect observed in the study is that the infections that occurred in the period of greater dissemination of the delta and omicron variants had fewer cases of long Covid compared to the records associated with the original strain of Sars-CoV-2.

Sampaio, however, points out that the conclusion does not include the new subvariants of the omicron, such as XBB.1.5. It is these new recombinations of the virus that are most prevalent in cases around the world.

Also, perhaps the lower risk could be related to the spread of vaccines. In the delta and omicron wave, immunizers were already available, which had not happened in 2020. For this reason, the cases observed with the two strains may have had a lower prevalence of long-term Covid, since the drugs reduce the possibility of severities of the infection.

Facebook
Twitter
Pinterest
WhatsApp
Previous article
Lula will go to Uruguay after visiting Argentina in the 1st trip in the Presidency
Next article
Minimum wage is R$ 1,302 or R$ 1,320? Understand what’s at stake