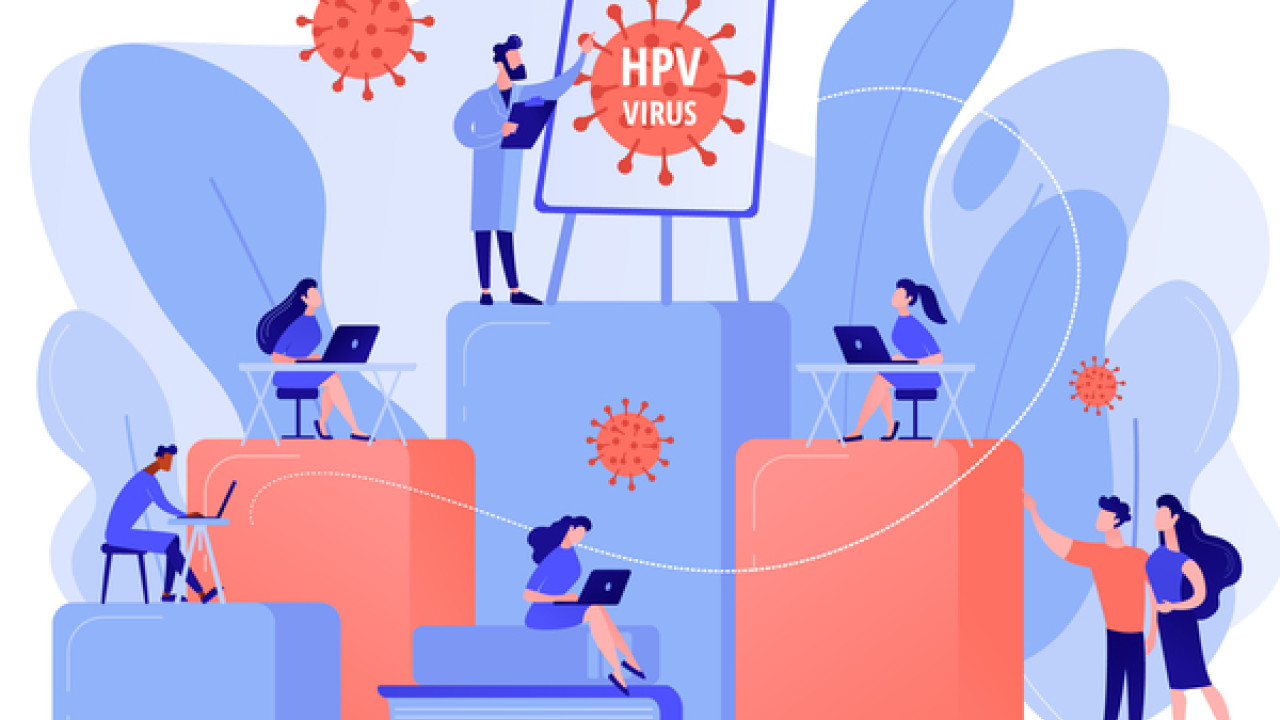 Cervical cancer is the tumor that develops in the lower part of the uterus called the cervix.

It is one of the first causes of death from cancer in the developing world, as there the preventive screening of the population with Pap smears is, unfortunately, still little applied.

On the contrary, in the developed world with the mass application of preventive control with the Pap test for more than 50 years and also with the newest method of prevention with the HPV vaccine after 2006, it has decreased spectacularly, becoming a less frequent form of cancer in women.

Cervical dysplasia
Cervical cancer is caused, in 99% of cases, by HPV infection of the surface covering the vagina and cervix. This virus causes damage to the cervix called cervical dysplasia.

More specifically, dysplasia of the cervix is ​​a microscopic precancerous lesion that is usually detected initially with the PAP test with the terminology low grade squamous intraepithelial lesion (Low Grade SIL) or high grade squamous intraepithelial lesion (High Grade SIL). A cervical biopsy is usually required for confirmation. This is done with an outpatient test known as a colposcopy. Cervical dysplasia is of three grades: mild, moderate, or severe dysplasia (CIN I, CIN II, or CIN III, respectively).

At this point it is worth emphasizing that only strains of HPV that are classified as high risk have the potential to cause a high degree of dysplasia and subsequently cervical cancer.

Low-risk viruses – on the contrary – cause mild dysplasia, with the majority of these regressing automatically without treatment and only with monitoring. With molecular detection using the PCR method, it is possible and easy to type the type of virus into low or high risk at the time of taking a repeat PAP test, regular annual or preventive check-up or whenever the attending physician deems it necessary.

Cervical cancer treatment
In the case now that a woman is diagnosed with cervical cancer, the treatment can be either surgery or radiation.
Which method to choose generally depends on the size of the initial tumor and in general the local extension of the tumor (more simply the stage). Surgery is usually the treatment of choice in the early stages and/or at younger ages. So, for example, at the earliest stage (scientifically in microfiltration) and if the woman has not given birth, the treatment can be done with a wide excision (removal) of the cervix, which is scientifically called a wide conical cervical excision (and should ideally be done with a scalpel, not with diathermy or Laser).

In a more advanced but still early stage, also if the woman has not given birth, the operation of choice is radical cerclectomy in which the entire cervix and ligaments around it are removed but the uterus is preserved.
On the contrary, if she has given birth or the tumor is small but not enough to allow the removal of the cervix or part of it, then a radical hysterectomy is performed, i.e. removal of the entire uterus and the ligaments around it. In both the last two cases, a complete lymph node cleansing is performed.

The term “radical” instead of the more familiar “total” refers to a more extensive exclusion of tissues and ligaments around the organ being removed than is usual when the removal is for non-oncological reasons. These operations are generally performed by specialist gynecologists, specialized in gynecological oncology. In addition, these radical operations have been performed for several years and with laparoscopic or robotic surgery except for a few minimal exceptions, as long as the surgeon has the appropriate training.

Finally, in more advanced stages of cervical cancer, the treatment of choice is radiation with excellent – to be emphasized – cure rates.