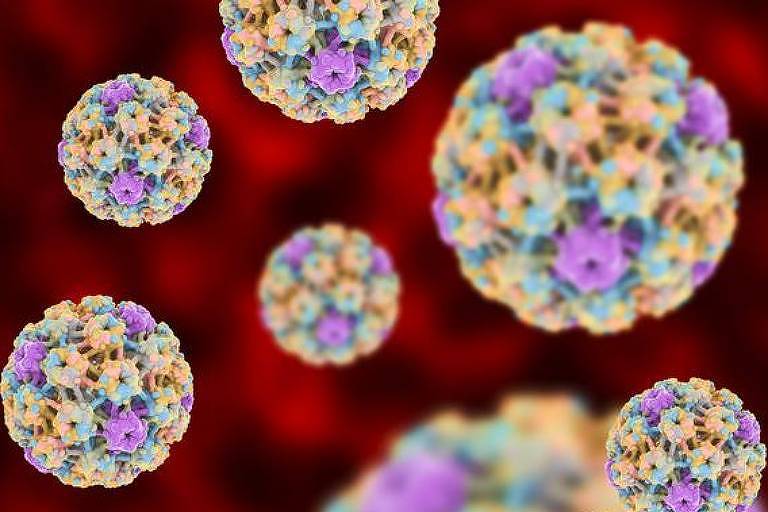 Young women who were vaccinated against human papillomavirus (HPV) in their teens have a considerably lower risk of developing cervical cancer, according to a British study published on Thursday (4) in the scientific journal The Lancet.

By comparing rates of cervical cancer and pre-cancer before and after the introduction of an HPV immunization program in England in 2008, researchers found a “substantial reduction” in cancer cases, especially among the most women. than young people who received the vaccine. The immunizing agent in question is an older GlaxoSmithKline pharmaceutical product called Cervarix.

“Our study provides the first direct evidence of the effect of HPV vaccination using the bivalent Cervarix vaccine on cervical cancer incidence,” the authors wrote. “The results should greatly reassure those who are still hesitant about the benefits of HPV vaccination.”

87% drop in rates among younger women

When the vaccinated women were in their 20s, those who received the drug series between 12 and 13 years had 87% lower rates of cervical cancer compared to unimmunized women who were screened for illness.

Among women who were vaccinated between 14 and 16 years, the cancer rate was 62% lower compared to those who were not immunized, while the study recorded a reduction of 34% in women vaccinated between 16 and 18 years. Finally, rates of a precancerous condition were reduced by 97% in patients who received the injections between the ages of 12 and 13 years.

The study was funded by the UK cancer research center Cancer Research UK, which analyzed medical history data from January 2006 to June 2019 of women who were tested for cervical cancer between the ages of 20 and 64 years. , including women who received the Cervavix vaccine since its 2008 release.

Cervical cancer, which is caused by the human papillomavirus – a very common sexually transmitted infection – can be prevented with reliable and safe vaccines, and it is also curable if detected early. Last year, the World Health Organization (WHO) launched a global strategy to eliminate the disease, which is one of the most common cancers in women and kills hundreds of thousands annually.

The immunizer Cervarix protects against two types of HPV that are responsible for about 70% to 80% of all cervical cancers. Since September 2012, the quadrivalent vaccine Gardasil from German pharmaceutical company Merck, which protects against four types of HPV linked to cervical and head and neck cancers, has been used in England instead of Cervarix.

GlaxoSmithKline also stopped selling Cervarix in the US due to low demand, with Gardasil dominating the most profitable market in the world.

Cervical cancer is rare in young women. Monitoring as women age is necessary to fully assess the impact of vaccines.

While the study appears to support the widespread use of drugs against HPV, the acceptance and availability of immunizers pose an issue, according to observations by two experts in the final report.

“Even in a rich country like England, with free access to HPV immunization, adherence has not reached the WHO target of 90% vaccination for 15-year-old girls,” wrote gynecologists Maggie Cruickshank and Mihaela Grigore.

The study’s authors also noted several limitations, including that cervical cancer rarely manifests in the age group that was surveyed — women who are currently 25 years and over — even in patients who have not been vaccinated.